Good morning, and Happy Wednesday! I'm really enjoying my downtime from work. I've gotten to spend quality time with both of my kids (at the same time no less), I've been catching up with friends, and I'm generally feeling much more relaxed than I have in quite some time. I also had an 'ah-ha!' moment yesterday while working on my latest book, and, trust me, that's a very good thing!

Anyway, as I've mentioned before, I do love to imbibe in some good spirits, and I especially love trying new flavors. With my birthday and the holiday recently I've gotten to enjoy some wonderful drinks, and I'd like to share them with you. 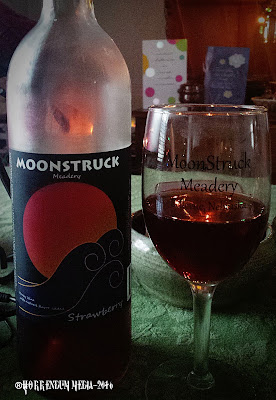 First up is some Strawberry Mead made by the local Moonstruck Meadery. I've enjoyed their mead on several occasions, courtesy of the Nebraska Renaissance Faire, but had never gotten a chance to visit the meadery itself. With my birthday looming over the horizon earlier this month, I was searching for a good Groupon that my husband and I could use on the special occasion and ran across one for the Moonstruck Meadery. We ate a meal and sampled different meads via a flight, and, of course, brought a bottle home. Delicious! 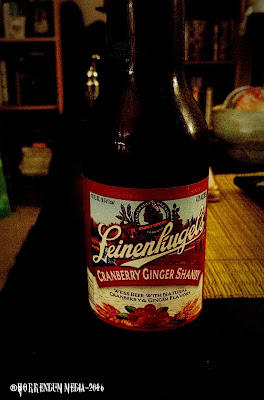 Good old Leinenkugel's Cranberry Ginger Shandy. Hardly a beer, but tasty and flavorful anyway, it's a good sipping beer for the holiday. 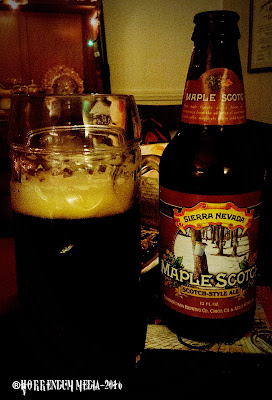 Typically, my husband and I will each get a "Mix-a-Six" and then a 12-pack sampler to enjoy. In this vein, then, we purchased a 12-pack sampler of Sierra Nevada beers. This brewery has dark, robust, and deep beers. This one is Maple Scotch, and I had never seen it before, but I really fell in love with it. I've had plenty of scotch ales in my day, but never one that tasted this good! 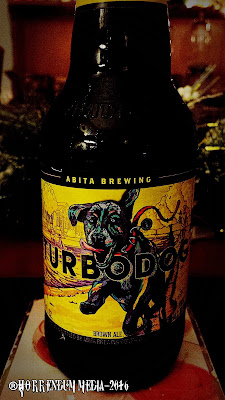 Abita Brewing Company's Turbodog is a Brown Ale. I've enjoyed Samuel Smith's Brown Ale before, and I've enjoyed the fruity, but not sweet, offerings by Abita before, but never an Abita brown ale. It's good, but not great. 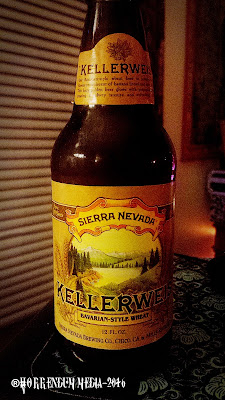 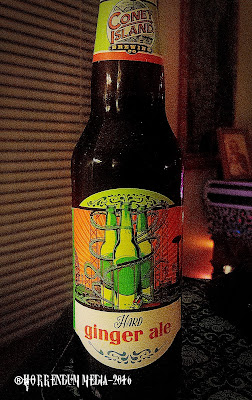 I've seen Coney Island Brewing's other offerings of Hard Orange Cream Soda and Hard Root Beer, so when I saw their Hard Ginger Ale in the Mix-a-Six section, I thought I'd try it. This is odd, mainly because I'm not a ginger ale fan, but something compelled me to grab it. I'm so glad that I did! If they made just ginger ale, I'd probably drink it because it was that good. It was an extremely rich and tasty ginger ale with alcohol that you couldn't taste. In other words, it's dangerously delicious. 10/10 will buy an entire 6-pack of next time. 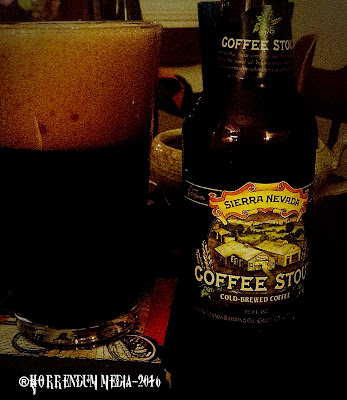 Last up is the Coffee Stout by Sierra Nevada. I love me a stout once in awhile, and this one did not disappoint. It's got the heavy body you'd expect in a stout, but with the flavor of cold-brewed coffee. For those of you who might not think they would go together, flavor-wise, you wouldn't be more wrong. The dark and rich body of both drinks completely complement each other, and Sierra Nevada has brewed the perfect blend.


And there you have it: the beers I've been sampling as of late. I would like to point out that I do not binge drink, I enjoy drinking beers as a past time, and not simply a means to get completely drunk and stupid. So, please, drink well--meaning drink good, quality beers on occasion--but drink responsibly. Have a great rest of your week!