This last week, looking for something to do, I decided on an early evening ghost hunt. I took along my husband, my daughter, and a good friend of mine who's interested in ghost hunting. Here in Nebraska, we have some interesting cemeteries, but most of them have had so much vandalism over the years that they are now private property and heavily guarded, in most cases. So, we went right after work one evening when the sun was still shining.

I settled on Rock Bluff Cemetery, which is a small cemetery just southeast of Plattsmouth, NE. There aren't many graves here, and there are many unmarked graves as well. There were plenty of graves that had a simple rock as a headstone. Anyway, I chose this cemetery because it's the purported home of the haunted "Hannah's Grave." According to hauntedplaces.org:

"According to local legend, Hannah was a 16-year-old girl in the 1800s who became pregnant. Her parents, displeased, delivered the baby at home and promptly drowned it in the Missouri River, telling Hannah the baby had been stillborn. Poor Hannah died of a broken heart shortly thereafter and was buried in a nearby field. Folks say you can hear Hannah crying for her baby here, and sometimes see a lantern floating around the fields. Some say fallen snow never stays on the place where Hannah was buried."

I also read that her grave had been moved decades earlier to a field not far from the cemetery. Either way, there is a grave of a Hannah that died at age 34 and is buried right next to her son, Willie, who died at age 14 months. I'll leave it for you, the reader, to decide if it's the 'right' Hannah. We reviewed our evidence, and our photographic and video evidence didn't yield anything unusual. I haven't listened to all the audio yet, but I have listened to my husband's audio clip, and, while we were standing at Hannah's grave, there is a sound that is equivalent to a cat purring. Unusual, but I haven't reviewed my own recording yet to see if it corroborates this. I'll keep you posted.

Here's a few photos from the excursion: 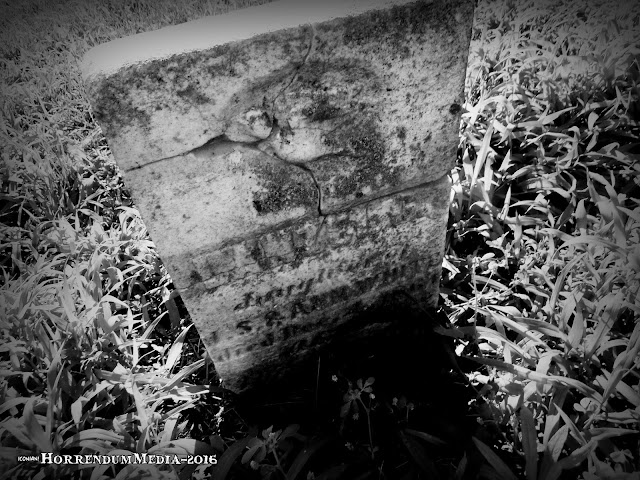 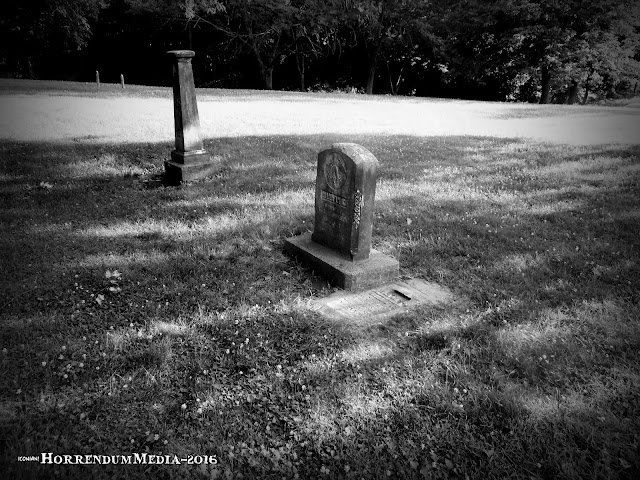 This is Hannah's grave. 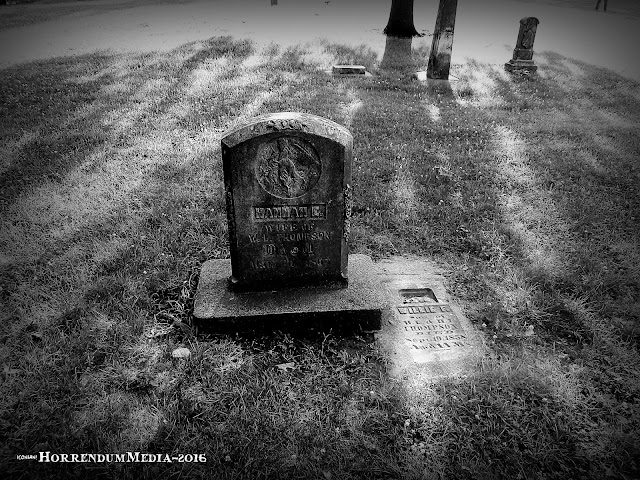 A better view of Hannah's grave. To the immediate right is the grave of her infant son, Willie. 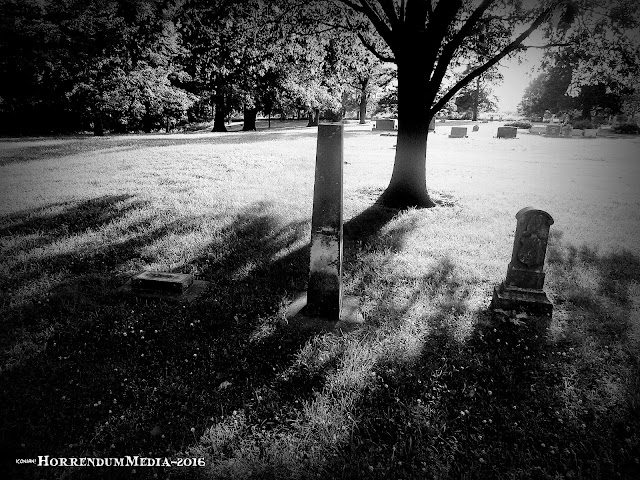