Well, well, would you look at that? It's that time of the year again...yes, you guessed it...Shocktober! Shocktober is where I spent the month of October (Halloween month, obviously) watching scary movies and then sharing with you what I watched. It started in 2016 when I spent the month watching classic horror movies. We're talking 1940s classics, here, and, man, was that a lot of fun. I decided to make it a yearly thing and call it Shocktober! In the last few years (2017 and 2018) I watched modern horror films that I randomly picked. This year, I decided to go with modern classics...stuff that I watched in my own youth. So, without further ado, I present Shocktober! 2019. 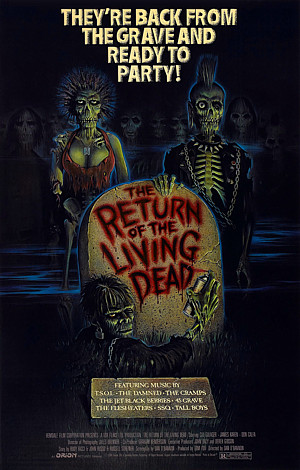 A classic 80s horror movie, this was the movie that separated George Romero (who directed The Night of the Living Dead) from John Russo (who wrote the original stories). While George went on to direct others in the original series, starting with Dawn of the Dead, Russo's stories were carried on starting with this movie. Notable for its soundtrack, the movie is a dark comedy and it was a lot of fun watching this again after all these years. 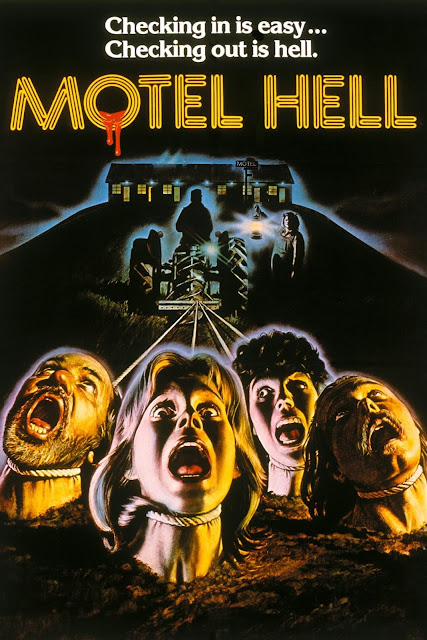 Good old Motel Hell! When I was in high school, I spent many weekends with my dad's cousin, PJ, watching movies and eating junk food. We watched this one, one time and I remembered how campy it was, poking fun of the slasher genre at the time. A brother and sister run a motel and make good quality pork jerky....what is their secret ingredient? 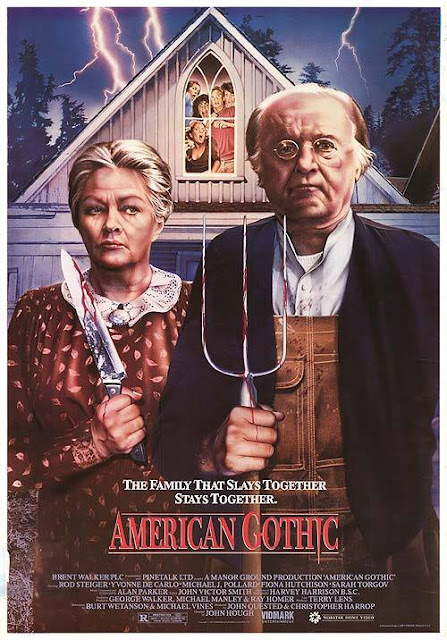 American Gothic - starring the lovely Yvonne De Carlo who played Lily Munster on the old television series, the Munsters and Rod Steiger from the movie In the Heat of the Night - live an isolated existence on a remote American island. When a group of 30-somethings gets stranded there when their plane malfunctions, they find out that Ma and Pa aren't above doing anything to keep their lifestyle intact. 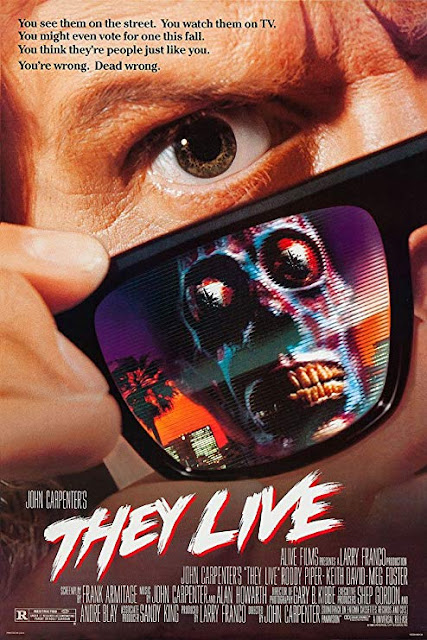 After the last three movies, I decided on a John Carpenter marathon. First up, They Live. When a drifter experiences a life-changing situation in a homeless camp, he stumbles across a pair of sunglasses that help him see certain people for who they truly are. Can he get the rest of the world to 'wake up' before it's too late? 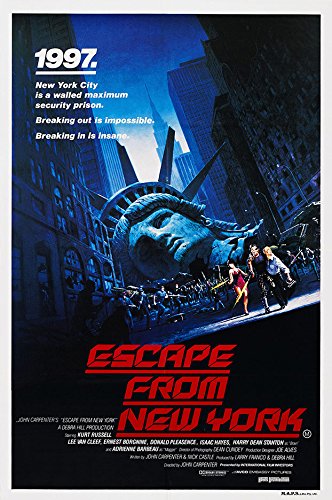 Escape from New York, starring Kurt Russell, introduced the world to Snake Plissken, truly one badass. When the President's plane crash lands inside Manhattan, which is a walled-off prison that no one escapes from, Snake is offered a full pardon if he goes in and breaks him out. Will he succeed? 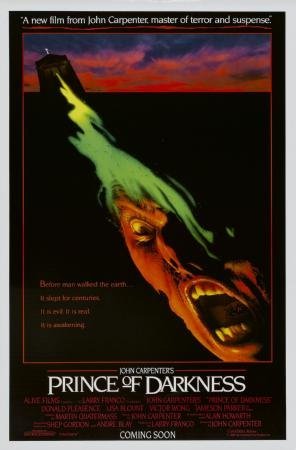 In a nondescript church, a secret hides in the basement. When the church caretaker dies, the church has it's first real Church visitors in years. Why? The secret is a container that is starting to change and has dire consequences for the entire world if it not stopped. The Church enlists the help of a group of various scientists and mathematicians in the hopes of stopping it. Do they? 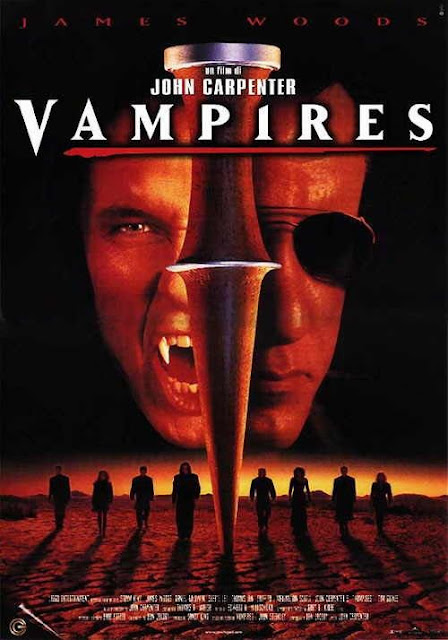 A John Carpenter film that most people aren't aware of, it's a great underrated movie. James Woods stars as a take-no-shit vampire hunter who runs into his greatest opponent, Vlad Orlok - the very top of the vampire chain. Lots of bloodsheds happen along the way, and I wouldn't want it any other way.

So, there you have it. Another Shocktober! in the books. I really enjoyed my walk down Memory Lane and having a John Carpenter marathon was a lot of fun. Now, I won't wait until next year to watch scary movies, but there's only one Shocktober! every year. I'll have to decide what I'd like to do for next year, so if you have any suggestions, I'll gladly take them in the comments.

Have a great rest of your week, and stay tuned for more Portland fun on Saturday!

My latest piece for Slime&Grime is up on their website. If you like the Melvins, you'll definitely want to check that out here: A Night Goat with the Melvins: A Cape of Oozy, Sludgy Goodness.