October, at least in my world, wouldn't be complete without watching a handful (or more) of horror movies culminating in Halloween night. Last year, I spent the month watching classic horror movies like Dracula and The Mummy. This year, I've been watching newer films. The reason for this is twofold: First, I like to change things up, and secondly, I invested in a Shudder subscription a few months back. For $4.99 per month, I can watch a huge variety of scary movies and/or series. So what have I been watching then? Read on and find out... 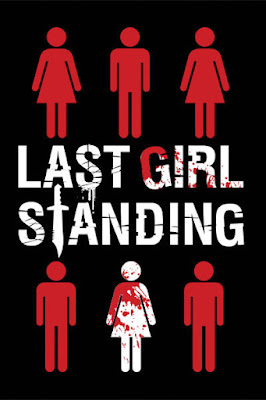 This film explores what happens to the last girl standing -- the lone survivor of a vicious killing spree. It starts off where a standard slasher film would end: the heroine overcomes the attacker that has already killed all of her friends. After some time has passed, we see our heroine trying to navigate day-to-day life...but can she move past her past?

This movie has an unexpected twist ending that I enjoyed. This ambitious story fails in a few ways, but the masterful portrayal of the heroine by Akasha Banks Villalobos elevates this otherwise lackluster movie. I recommend it anyway, as it is quite good. 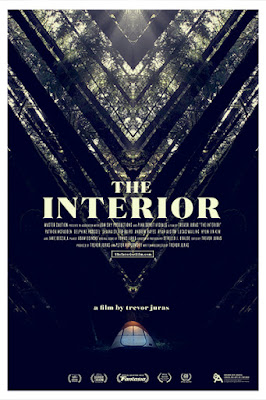 When I read the byline about this movie - in which a young man with a bad diagnosis retreats to the woods for solitude, only to find out he's not alone - I was intrigued. I watched this during a week day when I was suffering from sickness and everyone in the house was gone, so I closed the curtains, turned up the stereo, and started the movie with glee.

This movie was not what I had hoped it would be, leaving me ultimately disappointed. The first disappointment came from a twenty-minute long opener. While it set up the rest of the movie, it was painfully long and I kept wondering if I was watching the wrong movie. More than once, in fact, I exclaimed out loud, "Get on with it!" as if I were a troupe member of Monty Python. When the movie did finally "get on with it" my disappointment continued. While I'm sure this is considered an art movie, I was looking for more of a horror movie. What I ended up with was a boring movie with a slow plot and a terrible ending. 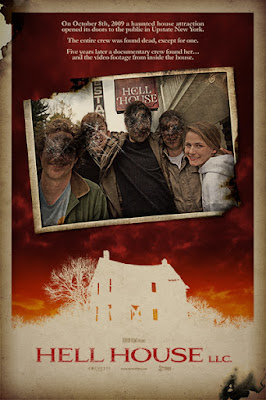 Now this was the kind of horror movie I look for! A "found footage" film, this story is about a group of people who create haunted houses in different locations each year. In 2009 they take over an old, abandoned hotel with a dark past. Weird things begin to happen, and ramp up until opening night. On opening night, fifteen people, including most of the crew, are killed. Several years later, a documentary crew talks to the lone survivor and she shows them the video footage she's saved. What happened at Hell House?

Filled with well-executed frights, creeps, and genuine scares, this movie did not disappoint. If you like movies that build up some slow fear & dread, you should watch this movie. 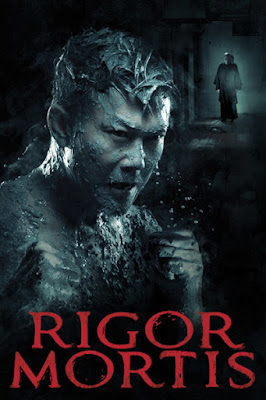 This cinematic offering from Hong Kong is a unique film that is supposedly a tribute to a film series entitled Mr. Vampire. This movie was a creepy yet fun movie to watch. Combining elements of Kung Fu, old-fashioned horror, eerie vampires, and classic ghost tales, this movie was a bunch of fun and scares mixed together.

A former movie star moves into a large tenement building, where he's placed in room 2442 - a room that is obviously haunted. He's heavily depressed about the death of his son, and has come here to die. During a failed suicide attempt (thwarted by Mr. Yau), he is momentarily possessed by the spirit of twin sister ghosts. The story takes off full-force from there, and many of the aforementioned elements come into play.

My only main critique of the movie is that is can be a bit vague. For instance, I assumed that the actor's son had died, and possibly his wife (or that she had left him after their son's death), but reading up on the movie later indicates that the wife left him taking the son with. Some other areas of the movie could use a bit more explanation*, but it is what it is, and doesn't take away from the action-packed story or the great acting. Subtitled. 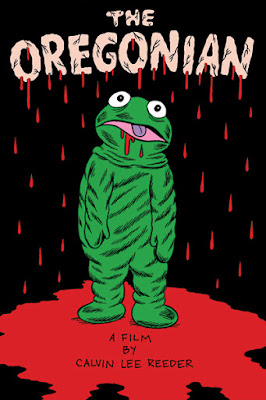 This movie is mostly panned, but has a good amount of praise as well. An unnamed woman leaves her husband, gets in a terrible car crash, and the rest is a strange trip. She wakes up in the wreck of her car and navigates a strange landscape in the Oregon forest where she meets many weird characters. Likened to a surrealist dreamscape, the story fails to come to any sort of conclusion. Even other surrealist movies I've watched have some kind of conclusion. On top of all that, the plot is disjointed, and the visuals & audio can literally make you sick.

I don't recommend watching this movie unless you have a fondness for the truly bizarre and senseless. If you do, then you might actually like this movie. 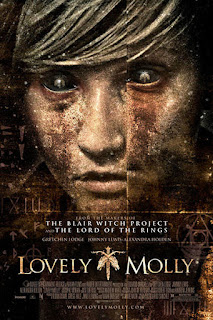 Molly, a working-class, recovering drug addict, has straightened up her life. She works with her sister in a big store as a custodian, and she has just married the love of her life. Her mother died years ago, and her father died in an accident more recently, leaving their house to their daughters. Her husband convinces her to move into her old family home, and while she's bit hesitant, she agrees as it could save them money.  Molly's husband is a truck driver and spends time away from home, and during the times he's gone, strange things start to happen in the old home.

We start to piece together the life Molly lived growing up, and see how it's shaping her life now. While the plot needs some explanation*, this movie is truly frightening. The scares are jolting and raw, and will stick with you long after the movie is over, plot be damned. Watch this movie if you are brave enough to find out what happens to Molly.

*A tendency of movies, and I'm sure this is a way to save time, is to give you snippets of things such as: flashbacks, ominous symbolism, or dreams, as example. What you, the viewer, is then meant to do with these snippets is fill in the gaps of the story that the director doesn't want to spend precious movie time on. This tactic can work well for some movies, but if it's not executed correctly, can instead leave viewers scratching their heads. In both the movies here where this is true, I actually had to research the movies after watching them to figure out what these snippets added up to.

And there you have it, another year of Halloween Creeps! I enjoyed my time watching these movies - well, maybe some more than others. If you're interested, check some of them out for yourself. Happy scares!