Portland Vacation: Walking Around the City 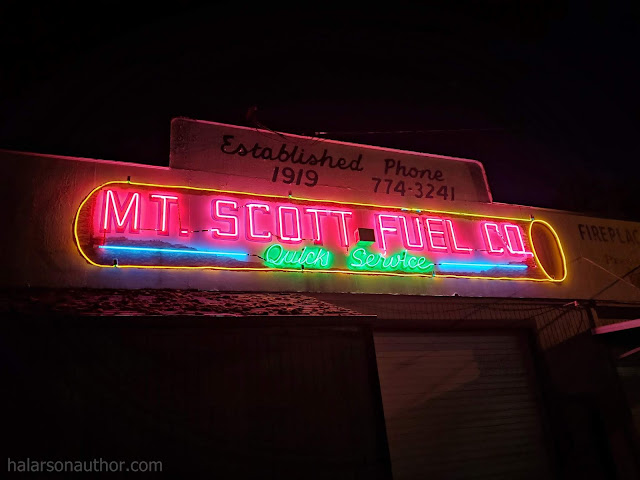 Good morning! I hope your weekend was great. I caught something viral from my daughter so I wasn't feeling the greatest from Thursday through the weekend. Mostly body aches and a sore throat, so I spent a good portion of those days resting, sleeping, and drinking herbal tea with honey. I finally felt decent enough yesterday to take a hike, something I really needed after several days of no activity. If that wasn't bad enough, I had PMS and ate all the food. haha

Anyway, I didn't get a weekend post up because of this, so we'll do a Monday and Friday post this week. Today, I'm wrapping up my mini-vacation to Portland posts. This first picture was just a photo I captured the night I arrived. I didn't get to Lisa's house until around 6:30 p.m., so I dropped off my luggage and we went off in search of food. On the way, I saw this cool neon sign and decided to snap a photo. Now, you already know we went to Multnomah Falls the next day, but here's what I did on Monday when Lisa had to work - besides the Japanese Gardens, which warranted it's own post. 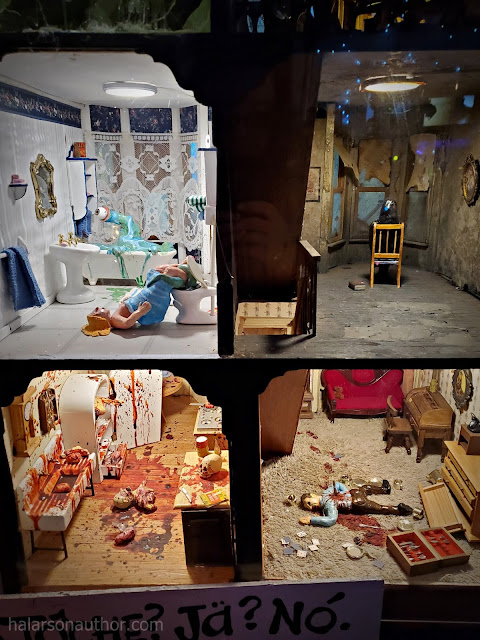 After Lisa left for work, I got ready, drank some strong coffee, then hopped on the bus and headed downtown. My first destination was The Freakybuttrue Peculiarium and Museum. The pictures and description I saw on the internet sure made it seem like it was right up my alley and the entrance price was $5, so I thought, "Why not?" To my disappointment, the whole 'museum' was one large room and didn't have enough in it to really spend more than a few minutes. So, a bit of a tourist trap but it was still mildly interesting.

I took this photo of their dollhouse, filled with gruesome scenes of death and other creepy things. Again, this is right up my alley. Definitely not your daughter's dollhouse! 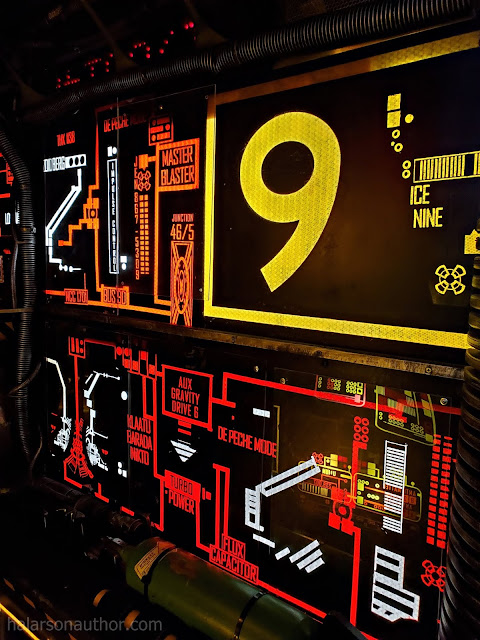 There was an alien display, complete with alien experiments on humans, but I loved the control panel from inside their "ship". Some of the phrases on there should be quite familiar to you, including De Peche Mode, Flux Capacitor, and Klaatu Barada Nikto. 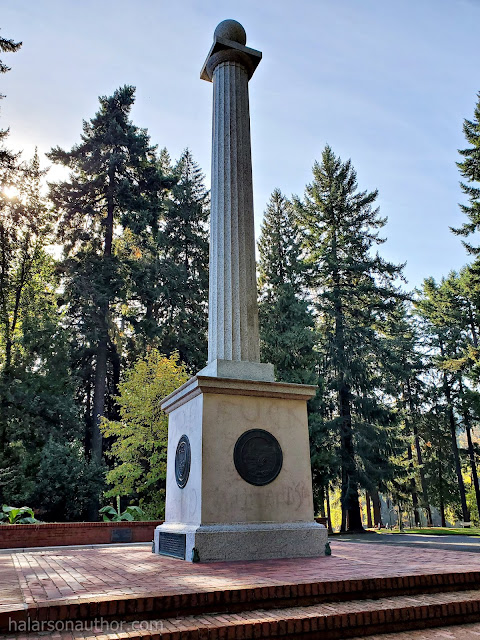 After the Museum, I walked a few miles to this vegan cheese shop to get a large vegan cheese platter for lunch. I would post it here, along with more description, but since I had a handful of good vegan food in Portland, I'm making a separate post about it. After I ate lunch, I walked another few miles up to Washington Park - besides the Japanese Garden, this park has TONS of stuff to do. This statue marks the Park, but, as you can see, it's been vandalized. 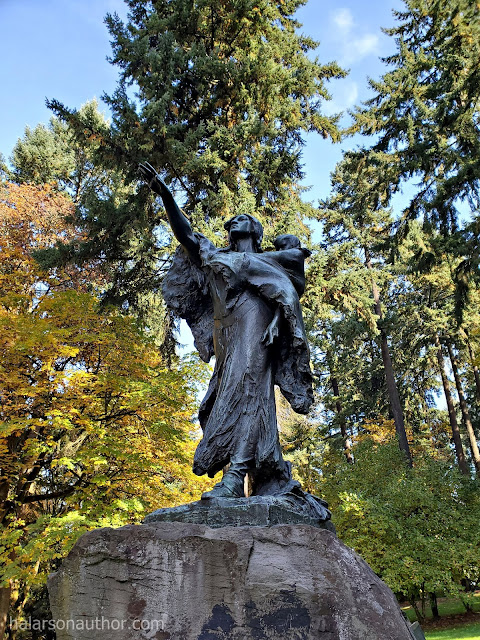 This statue of Sacajawea keeps watch. From here I headed straight to the Japanese Gardens. 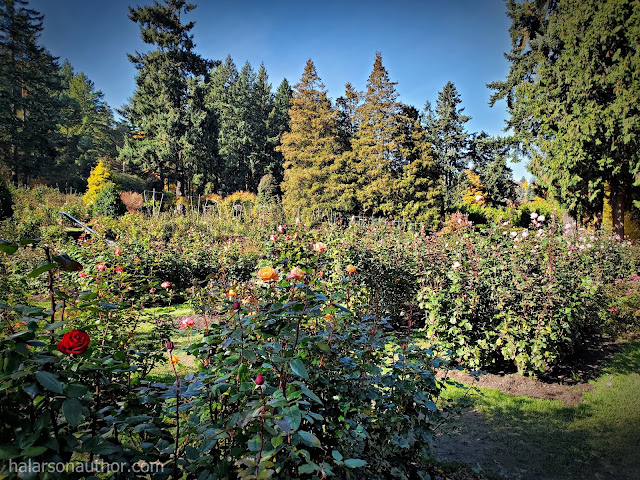 After my visit to the Japanese Gardens, I slowly made my way out of the park to see some of the various other things contained within. One of the many things you can do and see in the park is the International Rose Test Garden. A few roses were still in bloom as they are a hearty flower. 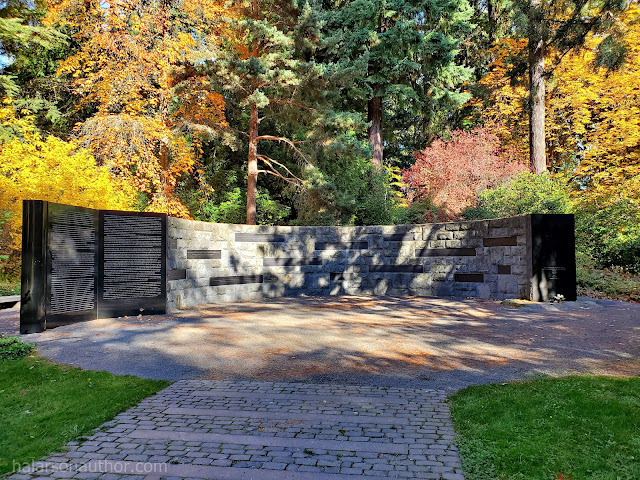 As I made my way further down, I came to the Holocaust Memorial. 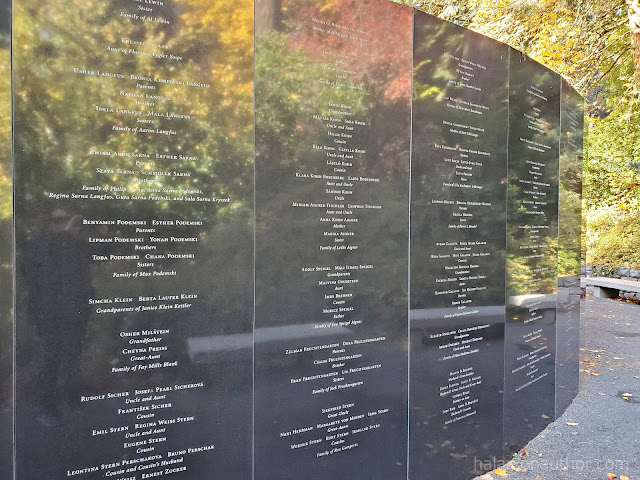 Lots of names adorn the backside of the memorial. The front has a handful of quotes that were quite powerful. There was only one other person here when I was, so it was a somber, reflective time to think about some of the darker aspects of history. 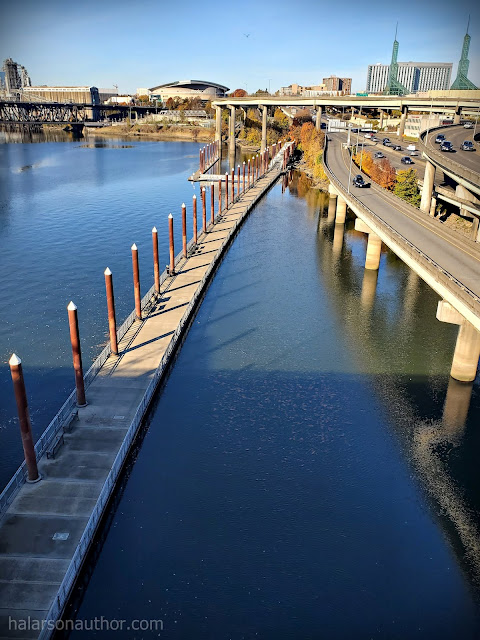 Our plan was for me to meet up with Lisa at her job when her shift ended, so after I left the park, I walked the few miles from the park to her job. Along the way, I walked over the Hawthorne Bridge which goes over the Willamette River. As you can see, there's a neat trail down along the water. Last year when I was here, I walked on it a bit after I left the OMSI.

After Lisa got off work, we went to the White Owl Social Club to have a bite to eat and a drink. Incidentally, it's the only place I went to last year that I went to this year as well. 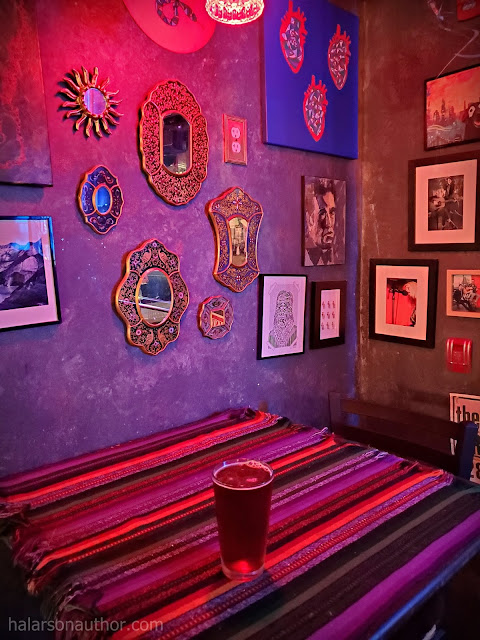 After we left there, we hopped on the bus and headed back to Lisa's neighborhood. A few blocks from her house is the neatest Mercado. This Mercado has a handful of Hispanic food trucks with picnic tables and string lights next to them. Sitting next to that is a large building that has a small tienda, a meat market, indoor seating, and a small bar. We sat in the small bar and had a drink. Just look at the decor! The bartender knows Lisa and was the nicest person. He even bought me this beer. It was a nice way to end my visit.

Very early the next morning I flew home, thus ending my yearly trip to Portland. I have one more post coming up for all my foodie friends, such as myself, so stay tuned for that.

Have a great week!