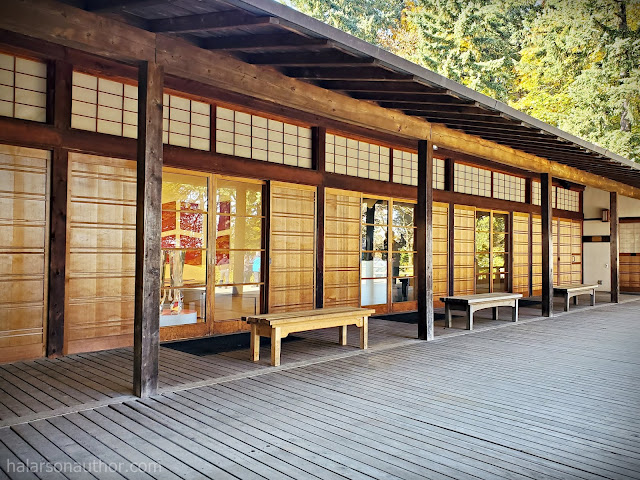 The day after we went to Multnomah Falls, my friend Lisa had to work, so I had the day to myself to explore Portland - this was exactly the same as last year, and I relish the opportunity to explore places on my own. I hopped on the bus and headed downtown to go to some various places. One of those places was The Japanese Gardens.

In the northwestern part of the city lies Washington Park. This park is gigantic and has a host of things one can do there. Most are free but some, like The Japanese Gardens, cost a bit of money. Last year, Lisa and I missed the bus to Multnomah Falls so we ended up hiking a total of 11 miles within Forest Park, which extends up the north of Washington Park, to reach Pittock Mansion. 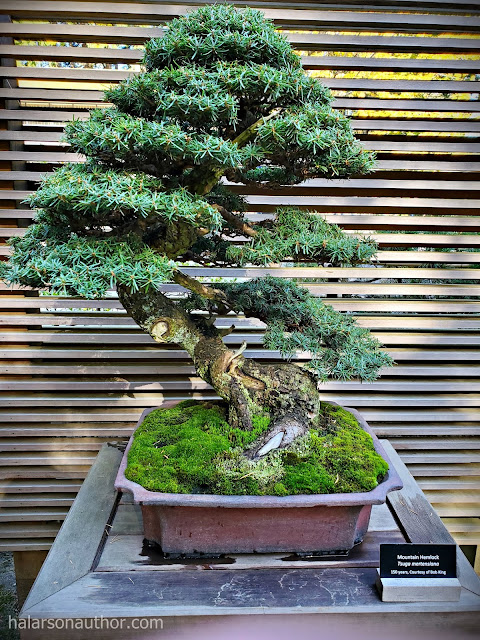 The Japanese Gardens are entered by a unique visitor's center where they have displays and demonstrations about how they care for the Gardens. Outside of the visitor center are a handful of different kinds of small trees like bonsai. Some had lost their leaves to Fall already, but some, like this one, were still green. 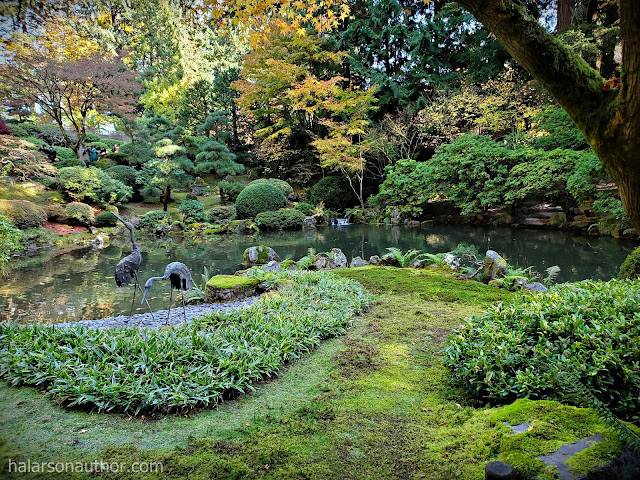 The landscaping is impeccable and filled with ponds and sculptures peppered with Japanese style walkways and buildings. 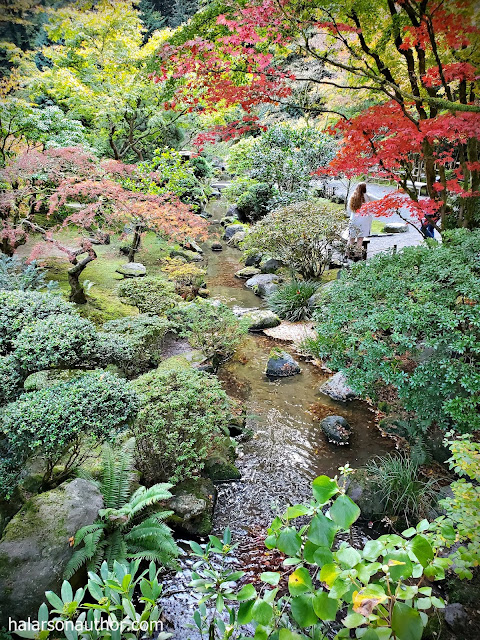 Fall in Portland is just gorgeous and the Gardens are living proof of that. 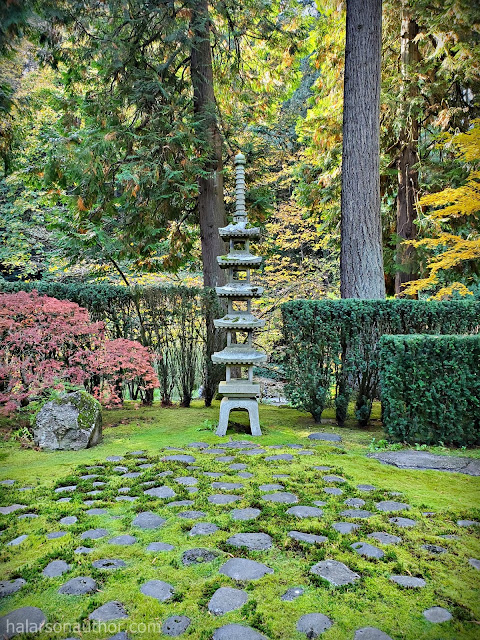 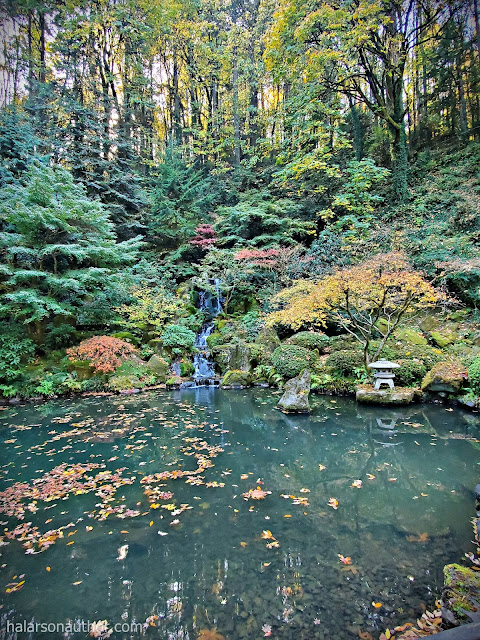 They have a few falls, but this was the biggest one. It flowed so peacefully into this serene pond. 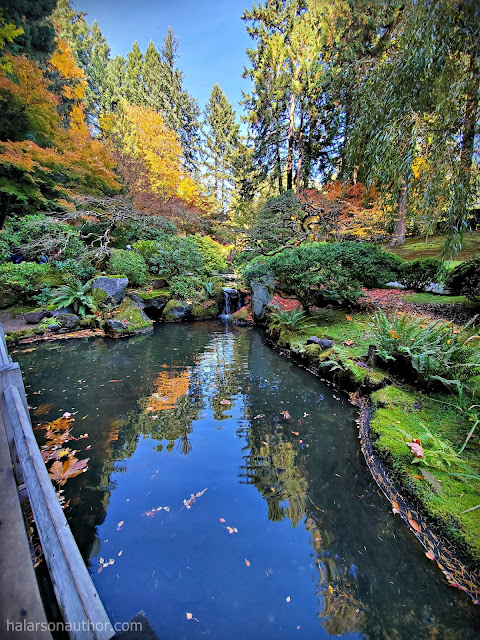 One of the few other falls within the Gardens. 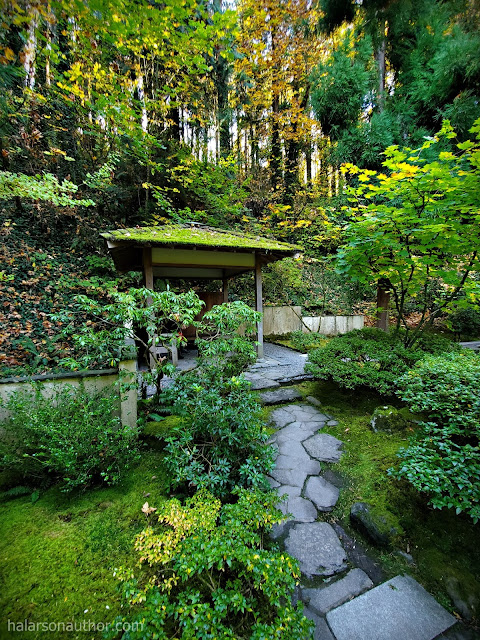 A small shelter with a bench. I think one could sit here and truly feel like they were in Japan. It's lovely. 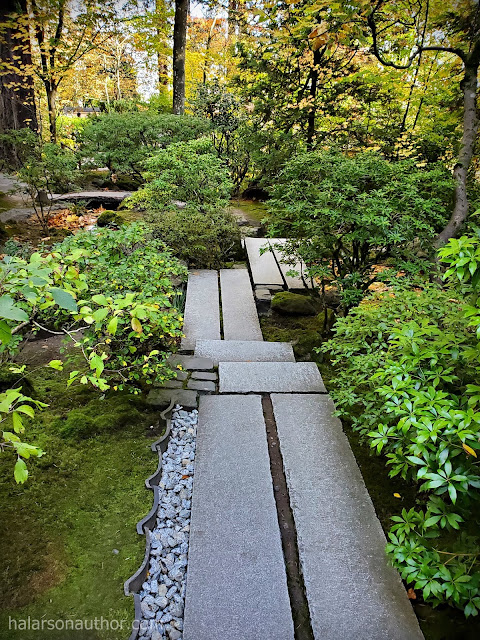 I loved this distinctive walkway. 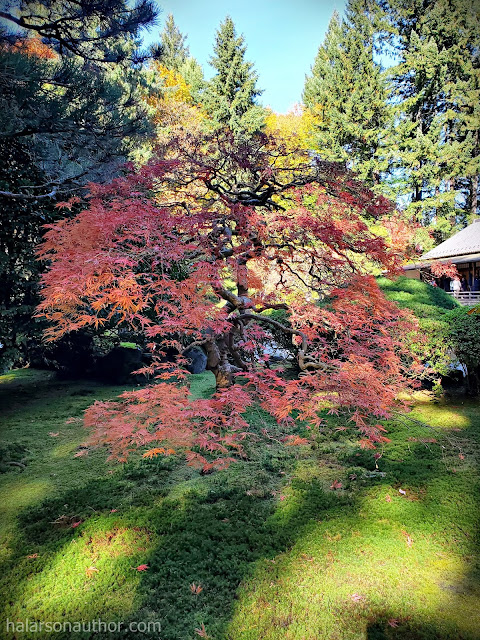 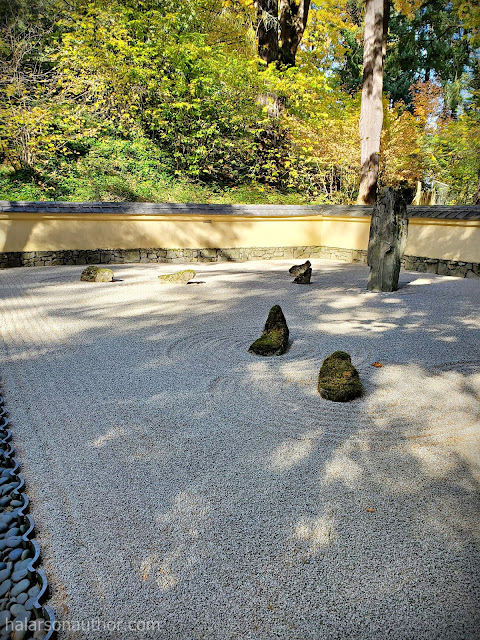 This is a huge rock garden. I almost missed it as the path to reach it is nearly invisible. If not for a viewing platform that looks out over this, and that I nearly didn't go take a look over, then I would have missed this amazing feature. I had a small rock garden of my own once, and I've always admired pictures of large ones such as this, but I had never seen one in the flesh and it was so neat. Since it's not easily found, there was only one other person there when I was there. I sat on one of the benches there and just thought about nothing. It was beautiful.

The Japanese Gardens are a bit pricey to visit - I think I spent $15 - but totally worth it. It was ridiculously beautiful and photographs cannot quite do it justice. I did some other fun stuff this day, and in Washington Park, and I'll be posting about that later this coming week. Stay tuned!