I was looking for a good place, not too far away, to do a paranormal investigation. During my quest, I found an article in the local newspaper that was a few years old and, while the article didn't mention any places that I hadn't already heard of before, the hundreds of comments on the article did. One of the commenters mentioned Elk City Cemetery and a quick search on a map showed that it was in the furthest northwest corner of Omaha. With it being so close, and recommended, I thought we'd give it a shot. 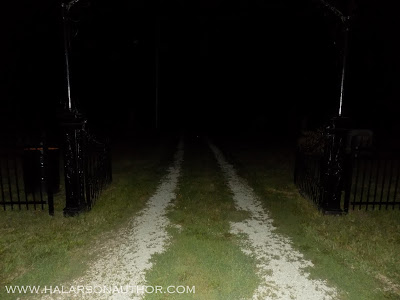 Elk City is an unincorporated town that has little left in the way of buildings. There's still the bar (which we could hear patrons of from down the road), and a service station (according to an article I read, as we didn't actually see it). It has an old abandoned school that was creepy and that we stopped to snap some photos of but didn't stay it because it was marked "No Trespassing." Just a 1/4 mile from the cemetery is an area where a church and town hall still seem to be in use and are maintained. (Read more on that at the end.) 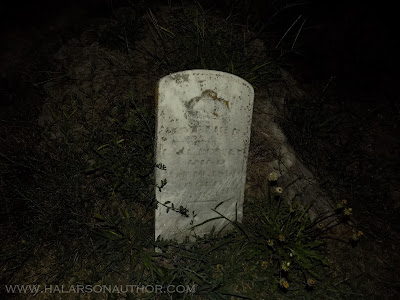 Typically when I investigate cemeteries (and I've investigated a few), I go fairly early after dark. You never know when the local sheriff's deputy might swing by and shoo you out, or nosy neighbors/caretakers might hassle you. Going early, then, is a good way for me to see if the place is active enough to warrant a real, late-night, investigation. We got there around 9:30 p.m. and only stayed about thirty minutes, but the evidence I got is enough to convince me that this place needs a more thorough, 2 a.m. investigation.

The equipment we used for this hunt was a thermal thermometer, an EVP recorder, my Nikon camera, and my husband's Android smartphone (for video and additional EVP). My husband had the thermometer, and at one point he noticed a six-degree temperature difference within a four-foot area. That's pretty significant. 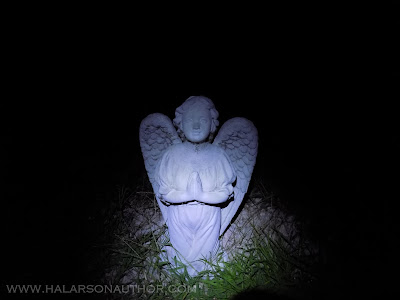 I took a good number of photographs, and with the exception of dust orbs and insects, I didn't see anything in the photographs of note. This seems to be pretty common in my own investigations as getting photographic evidence is difficult.

Where I do seem to have success in gathering evidence is in the area of EVPs. Now, I've only gotten EVP evidence at Edinburgh Manor (you can read the detailed post about my investigation there by following this link), and nowhere else...before now. 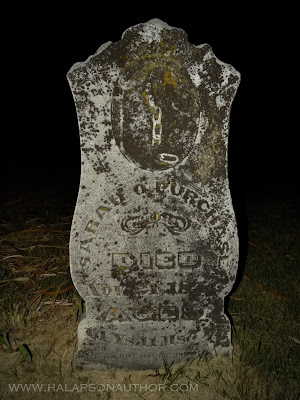 What really stands out about Elk City, then, is the EVP evidence. We got a handful of EVPs, most of which were clear, but one has proven much more difficult in deciphering.

In the first EVP, we were talking about a tombstone that had the date of 1930 on it, and after '1930' was mentioned for the second time, a voice whispered, "Yeessss."

Listen for yourself, right after the 6-second mark:


I believe there might be one, maybe two, other EVP right at the end, during the last few seconds, but I will not bet money on it. Incidentally, I had problems with the EVP recorder throughout the investigation as it kept skipping frequently, especially between questions. I've never had this problem before, so I recorded EVP outside the next day at home as a control, and it didn't happen that time. I would conclude, then, that it has something to do with the paranormal activity inside the cemetery. We will definitely be going back with my other ghost-hunting buddies, Betty & Jayne, for a full-length investigation. 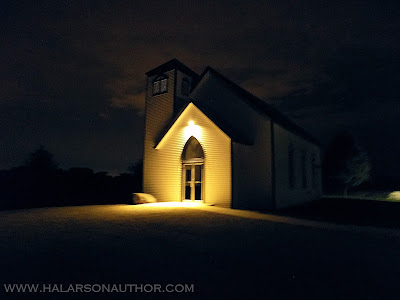 Not far from the cemetery is a fenced-off area that has an old (but remodeled) church. I would say that it's still in use, but there's not much information online, at least none that I could find, beyond that it's called the Elk City Chapel.

Next to the chapel is Elk City Hall. It also looks like it's been updated and is in use. On the property as well are a flagpole between the two, and an old Union Pacific Railroad car that sits behind and to the right of the City Hall. We didn't do any investigations here, we just stopped to check it out as the area was between the cemetery and the main road. 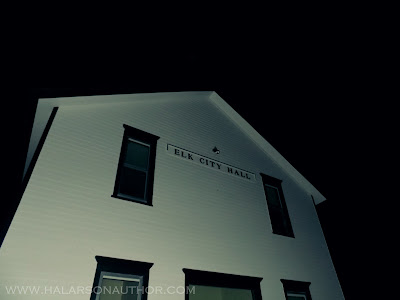 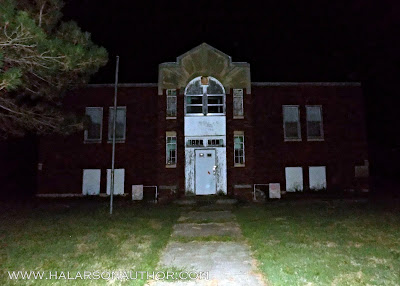 Right before we turned off the main road - and onto the gravel road that went by the Chapel & City Hall - to get to the cemetery, we saw an old building on the left. When we concluded our investigation, we stopped along the road to check it out, and it appears to be an old, abandoned school. We couldn't get into the driveway because it was blocked with a "No Trespassing" sign, but I have a feeling that this would be a great place to do an investigation...if only we could get inside.

In conclusion, I believe the Elk City Cemetery to be haunted. For this reason, we're planning on launching a full-scale investigation in October, so make sure to check for updates here. You can also subscribe to my email newsletter (up in the top right corner) to stay in the loop.