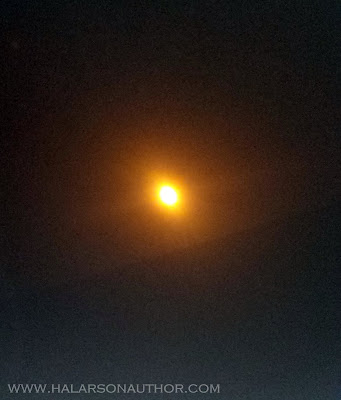 It's no mystery that I love astronomy. Not the physics/mathematical discipline mind you, but rather the looking-up-at-the-stars kind. I've made posts here and there about upcoming celestial events, and I even posted awhile back about the upcoming solar eclipse. It should be no surprise then that I recently viewed the great Solar Eclipse that took place on Monday, August 21, 2017.


I live in Nebraska, so we were already in the path of totality. It was predicted that we would get about 98% totality where we were right around 1:02 p.m., which was good enough for me. I went out to lunch during my lunch break with my husband, and arrived back at my job at about 12:25. I put on my eclipse glasses (see first photo) and could see the Moon about 1/3 of the way across the Sun. I took this picture, at that time, with my phone through the eclipse glasses. 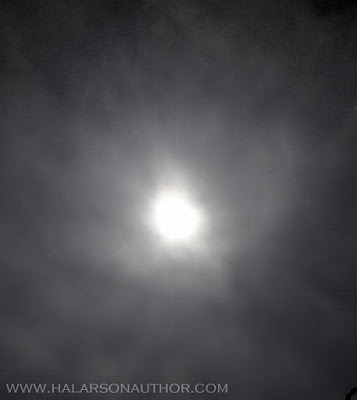 I work at the University, and as most offices closed up for a few minutes to see totality, my boss was kind enough to do the same with ours. Originally, we had planned to just take turns going outside to see it, but some of us would have missed totality, so I thought it was really nice of her to do that.

Someone had suggested that you could turn your back to the Sun and take a selfie of it. I tried that, and while the picture looks kinda cool, it doesn't really show the eclipse. I learned later that you can see it's reflection off to the side, but that wasn't the case here. 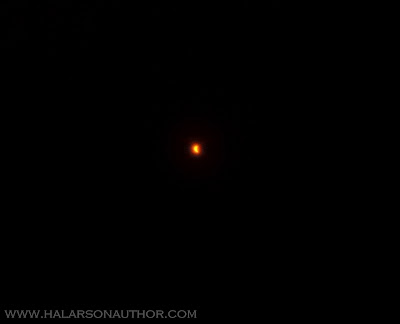 Luckily, I had the glasses so I went back to looking directly at it through my protective filters. The eclipse was mostly done (or at totality) at this point, with just a sliver of a crescent on the left-hand side of the Sun. I took several pictures, this being one of them. 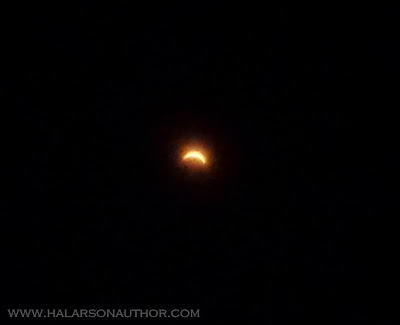 The Moon then started to move and the crescent portion of the Sun that was visible shifted to the top. At this point, I increased the magnification on my cell phone and took this photo through my glasses. 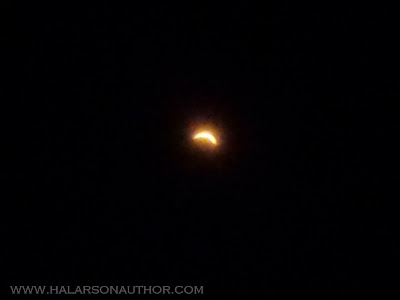 I added this photo, not because it's much different than the last one, but it is slightly clearer. 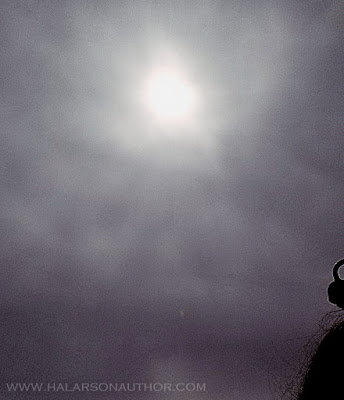 When I was about done with this post, I went back and looked at the selfie-method pics I took (there were two), and I can see a bit of the eclipse reflection. See it there in the bottom center? I think if I would have known, at the time, that you would see the eclipse that way, that I would have aimed it at something darker for the eclipse shadow to show up on.

I've seen some really cool solar eclipse photos since that day, and while mine aren't as cool as some, I'm still pretty proud of them. It was a once-in-a-lifetime moment and my little pictures are neat reminders of that moment.

Did you get to see the eclipse? Tell me about it in the comments.