A few weeks ago, we were lying around lazily on a Sunday morning, trying to decide what to do for the day. We looked through a map, and, being the Iowa Mountains lover that I am, I suggested we take a Loess Hills adventure. Now, we have pretty much always gone North along the IMs (Iowa Mountains, my nickname for the Loess Hills), but, with the exception of Waubonsie State Park, we never go South. It was unanimously decided, then, to take a new Loess Hills adventure. 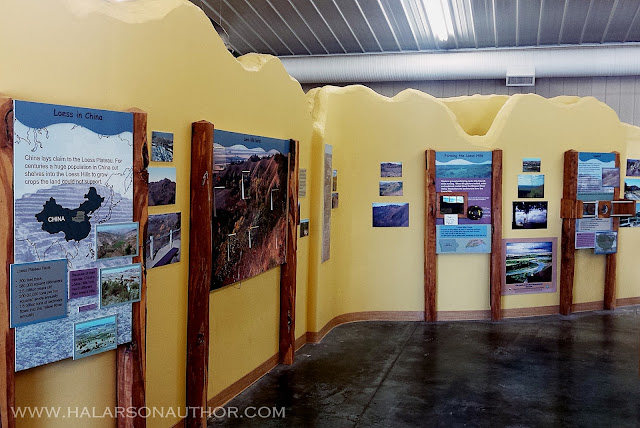 With an agenda in mind, we headed south on I-29. We got off on the Nebraska City exit, onto Highway 2, where there's a travel plaza. We stopped because there's a Loess Hills Interpretive Center here, so we made this our first stop. The Center, while small, has some good information about the Loess Hills, even though it's on the opposite side of the highway from the IMs. 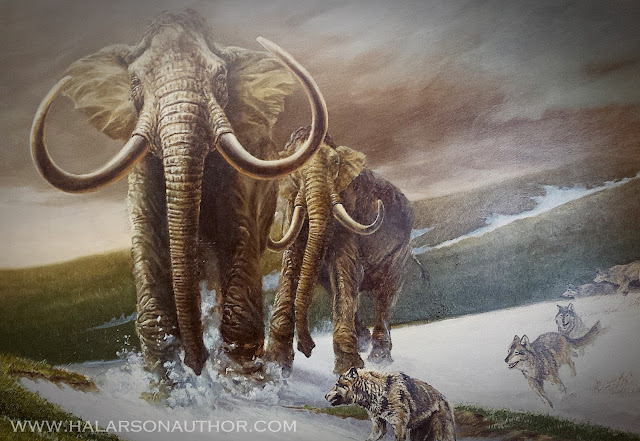 This was a cool painting at the Center that depicted mammoths being chased by wolves, something you would have probably seen tens of thousands of years ago. 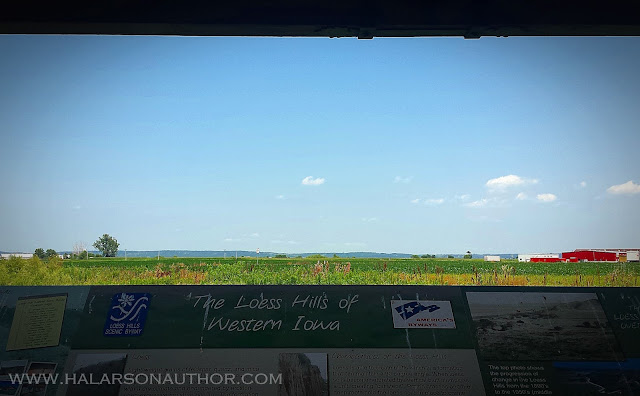 Right behind the Center is a small shelter with a picnic table and a scenic view of the IMs. This gives you an idea of how far they actually are from the Hills. 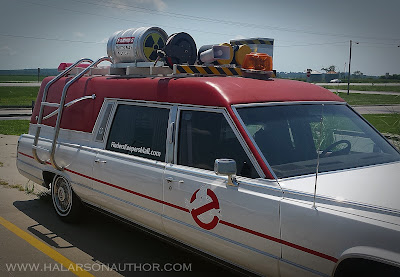 Right next to the Center is the Finders Keepers Antique Mall. We didn't go inside because we had other places to visit, but we couldn't resist checking out the Ghostbusters car outside. Look how cool this is! 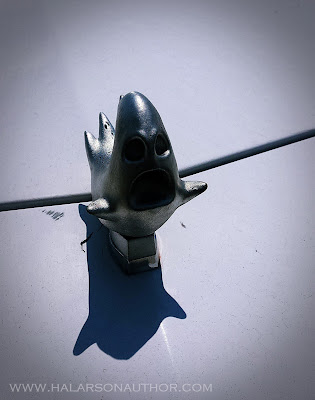 Even the hood ornament of the car is a ghost. How awesome is that? 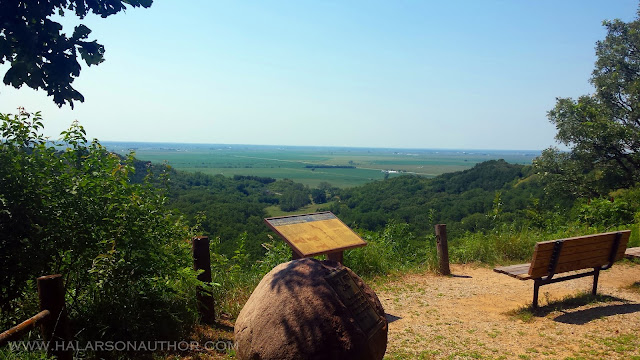 After we left the Center, we got back on Highway 2 and crossed over I-29 towards the Iowa Mountains. Our next stop was Waubonsie State Park. We went in using a different entrance than any of the ones we have previously used, and took a short walk up to the scenic overlook. It should be noted that it was in the 90s that day, so hiking wasn't much of a consideration. Well, we did consider it for a minute, but we were hot and sweaty by the time we reached the overlook that we reconsidered. Just look at that view though! Gorgeous. 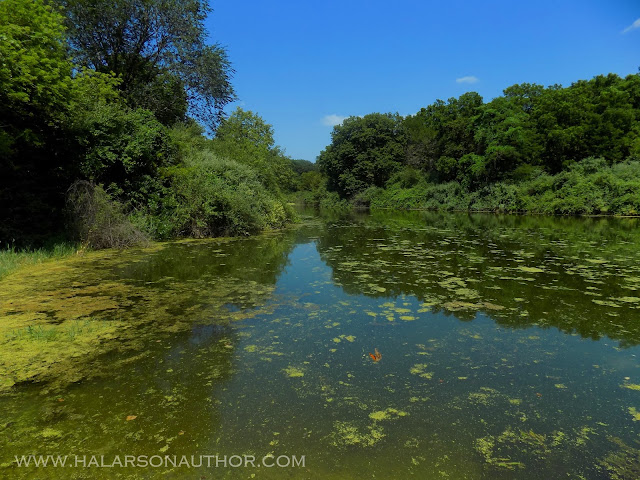 As we drove back down to leave the Park, we stopped at the large pond to admire it and check out the wildlife there. 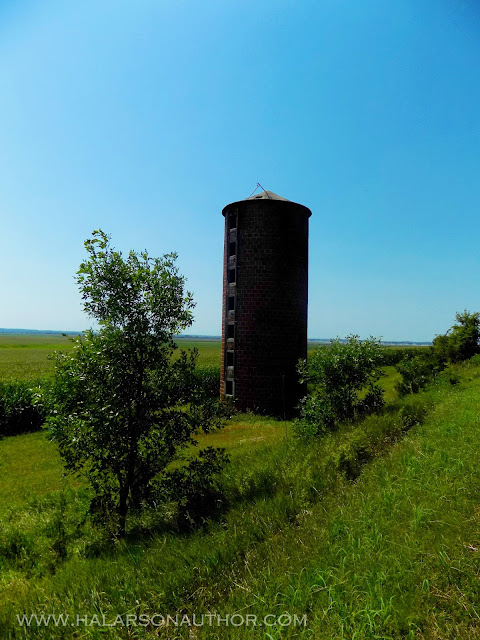 After we left Waubonsie, we headed North along the Loess Hills Scenic Byway. We saw this silo along the way and stopped to take a picture. 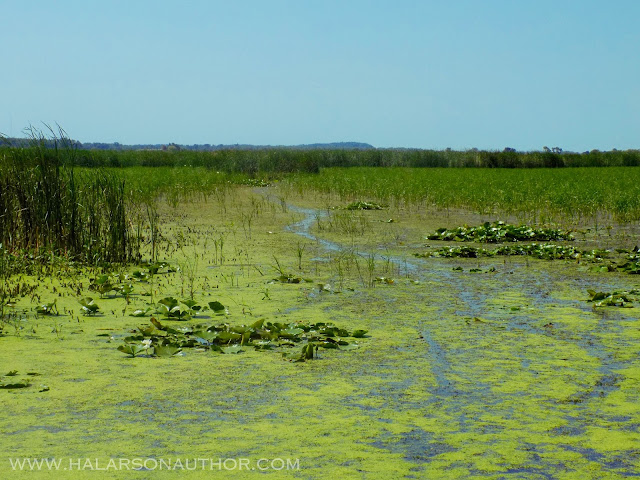 Our next stop was at Forney's Lake. More a wetland habitat than a lake, we were pleasantly surprised to find it was full of wildlife, even if it wasn't a lake-lake. There are a bunch, a ton, of frogs there who live in and amongst the various lilypads that are in the lake. They squeaked and ribbitted to their heart's content, and Nature Girl and my husband thoroughly enjoyed it, as did I. 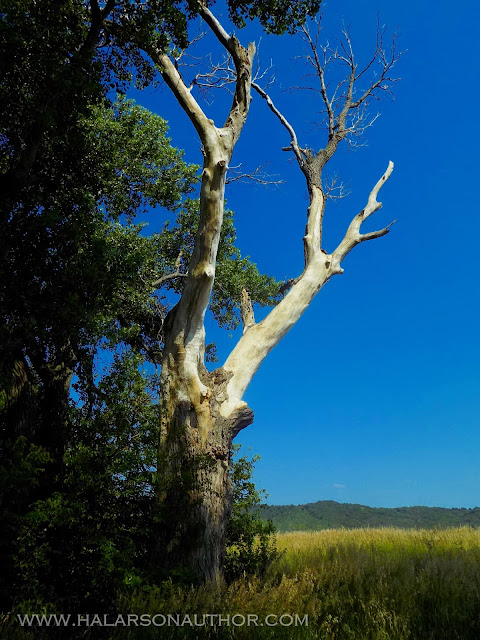 A view from the entrance to Forney's Lake. You can see this huge three as it frames the IMs. Beautiful! 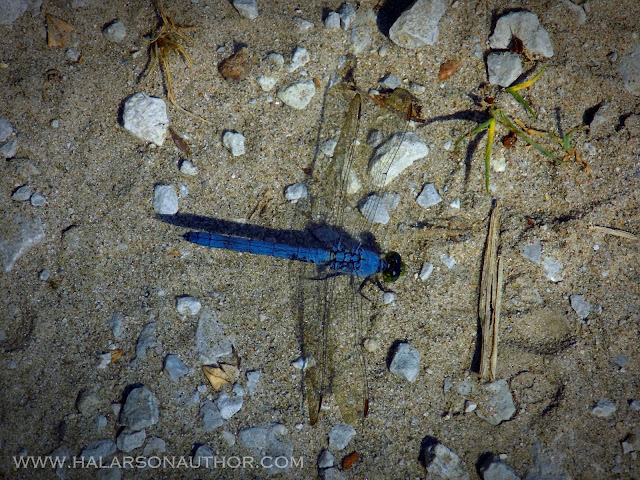 This dragonfly held still so I could take it's photo. Thank you dragonfly! 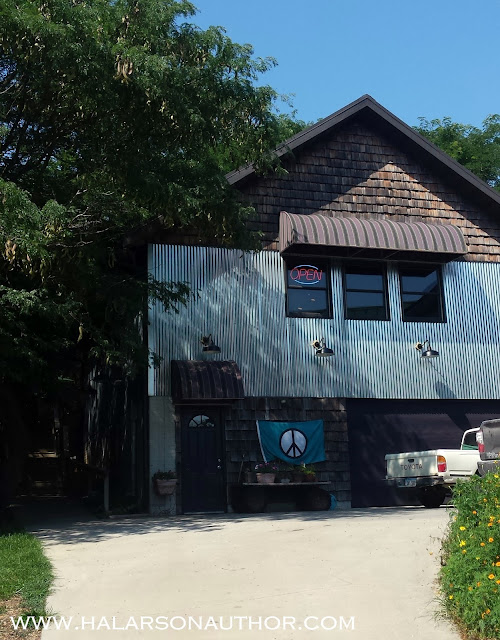 After we left the Lake, we made our last stop at Sugar Clay Winery. We had never been here, but we are fans of the Loess Hills Winery, and I'm just a fan of wine in general, so it seemed like the perfect place to round out our trip. Located directly across the road from the Moonstone Lavender Gardens --which wasn't open on Sunday during the off-season but has lots of fun events that I've heard of before(bummer!) -- it's a beautiful place in a beautiful setting. 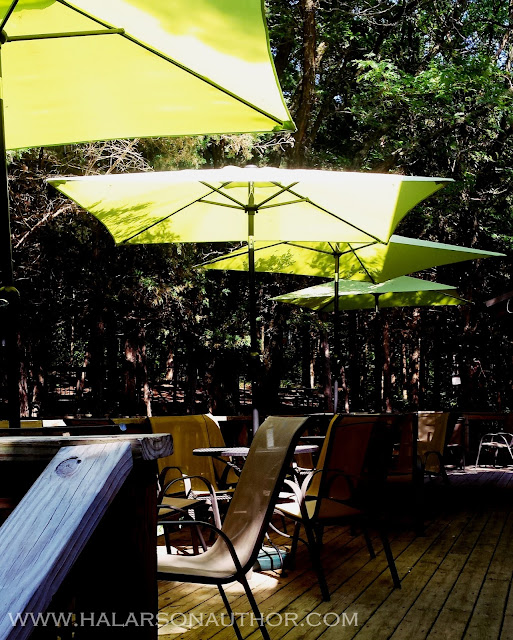 The Winery is nestled in the IMs and it has a series of decks throughout the back that give the whole place a treehouse vibe. 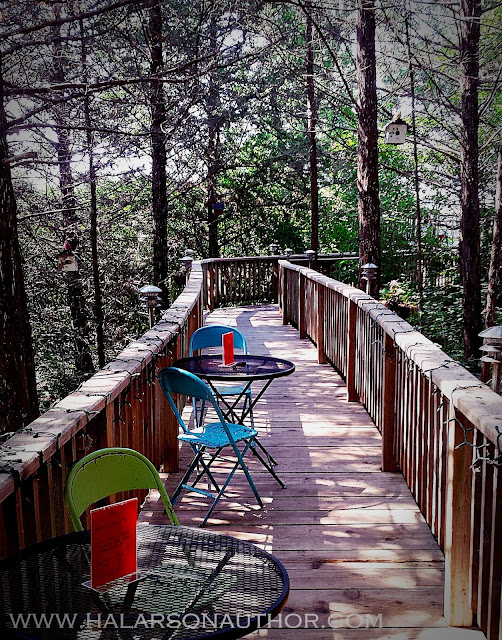 This narrow deck leads from the large main deck to a viewing/sitting deck that overlooks the Hills. 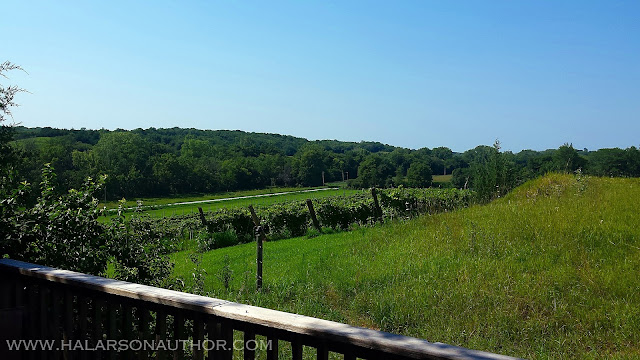 And here's the aforementioned viewing deck with view. Look at that! You can see the grape vines framed by the IMs. Ahhh, my idea of heaven. 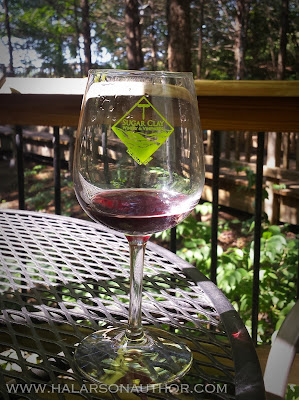 With 5 wine samples for $5, how can you not stop here and sip wine in such a gorgeous setting. On top of that, their wines are incredibly impressive! It was sincerely some of the best wine I've ever had and included a variety of drys, reds, whites, sweets, table, and meads. I took two lovely bottles home, one of which I'll post about after I open it for a special occasion I'm saving it for. That's actually coming up at the end of the month, so it won't be long.

Overall, we had another wonderful Loess Hills Adventure in the Iowa Mountains. It's the perfect kind of adventure to embark on for a day trip. For more information about the Loess Hills, you can download their travel guide on the Visit Loess Hills website, which I have a physical copy of. It's a great guide, and it's how I find all the neat places I've stopped at during my adventures throughout the Iowa Mountains.

I hope you have a great weekend!