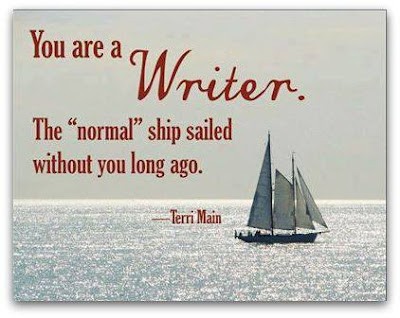 Between all the responsibilities I've added on to my life and distractions that I've had due to sickness or other things, it's proving difficult to finish The Box, despite my best efforts. Oh well, the nice thing about being a self-published author is that I don't have any real deadlines besides the ones I may or may not impose upon myself. And, I learned after the first book that trying to hold myself to a self-imposed deadline can result in a less-than-great end result. So, I typically take my time, if needed, and finish my work when I finish it.

This time though, I actually have someone who's willing to help me copy-edit it. They admitted it could take a long time though so I'm not sure if I want to hold off publishing much longer than I have to, especially considering how long it's taken me to complete this book. To that end, I'm only a chapter and a half away from finishing, and if you know anything about my books, you know that that's not much. My books are fairly short with short chapters.

Anyway, that's what's going on with The Box. I'm so close though that I can almost taste it! Oddly enough, I've already started on two other books so I will probably work on one of those next, but all in due time.

Today is not only Monday but also Beltane. I'm ready/not ready for the week to start, but once you get past Monday it's easy moving after that. So, have a great week, and I'll see you again on Wednesday, my friend.