Hi everyone! Well, today I'm going to share the last post from our fun family vacation in Arkansas. Between finishing The Box and re-publishing my other books through Pronoun, this post took a backseat for a bit. I don't want to leave it for too long, or too far removed from the other vacation posts, so it's time to share this. I hope you enjoyed a look into my vacation, and that it gives you some inspiration for your next one!

On our last full day in Arkansas, which was a Saturday, we left my mom's house early that morning and headed north to Eureka Springs. Before we went on vacation, I had every one of us pick at least one thing we'd like to do while we were there. I picked Mount Magazine and Hot Springs National Park; The Teen picked Devil's Den State Park; the hubs picked a distillery (we ended up going to a brewery because there wasn't a legit distillery within a reasonable distance); and Nature Girl picked Turpentine Creek.

If there's anything to know about Nature Girl (besides the fact that she loves nature) it's that she's a huge fan of animals. Ever since she was little and got into the Kratt Brothers animal shows, she's been nuts for all things animal. She knows all kinds of facts and tidbits, and never passes up an opportunity to pet any animal that will let her. So, when she said that she wanted to go to Turpentine Creek -- and then proceeded to give us all the information she knew about it -- I knew we had to take her.

One thing I had hoped to do while in Arkansas as well was to go to a cave, but thought we'd have to scrap that idea as there wasn't any terribly close to my mom's place. After doing a bit of research on Turpentine Creek, I discovered that there were a few caves close to the Refuge, so we decided to make that the last day of the trip (with an overnight stop an hour west in Bentonville).


We went to Turpentine Creek Wildlife Refuge first. The Visitor's Center at the Refuge was busy when we arrived, but when we got to the counter to pay, we got to meet Cecil the Macaw and a puppy as well. Nature Girl got excited.

The Refuge is home to a variety of animals, including a coatimundi, a macaque monkey, and bears, but their main rescues are big cats.

They have tigers, lions, servals, cougars, bobcats, leopards, and ligers/ti-ligers.

We really learned a lot about the big cats, especially the tigers, and how they ended up at the Refuge. Breeding tigers for profit is a big business, believe or not, and it comes with it's own set of problems. White tigers are only created through inbreeding, and because of this have eyes problems and other issues. The Refuge has a strict No Breeding-No Kill policy, and they run strictly off entrance fees and overnight guests. This ensures that the big cats can just live out the rest of their lives peacefully and well-taken care of. I recommend this place for anyone who loves animals...especially big cats! For more about Turpentine Creek Wildlife Refuge, click here. 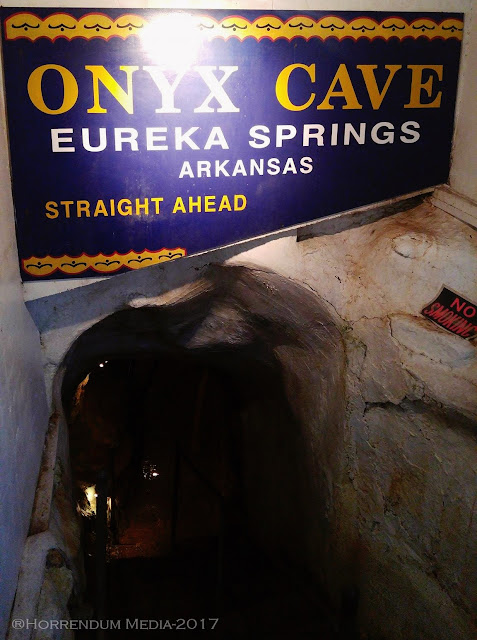 Onyx Cave is one of a couple of caves in Eureka Springs. Since we were going to to the refuge, I thought it would be fun to hit up a cave as well. I chose Onyx Cave for two reasons: 1. it's not as large as the other ones, and 2. it's not as expensive. Since we were already going to the Refuge, I figured a smaller cave would work well. It's only about five miles from the Refuge, making the trip an easy one. 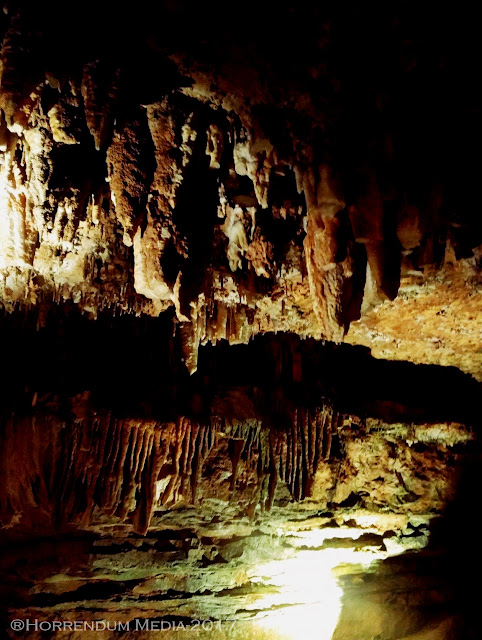 Onyx Cave is small, but it doesn't lack for any of the cool features you'd expect in a cave. It has a self-guided, thirty-minute tour that was interesting and informative. We were given very old headphones with preloaded information that was narrated by someone back in the 1960s. Hey, we still thought it was cool as well as a bit nostalgic. 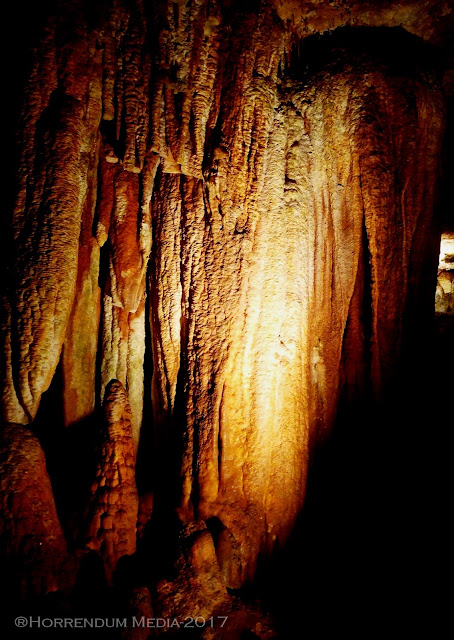 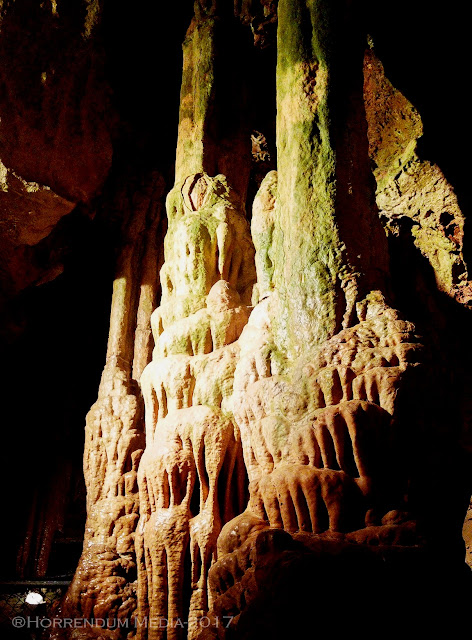 This one is called "The Organ" if I remember correctly. 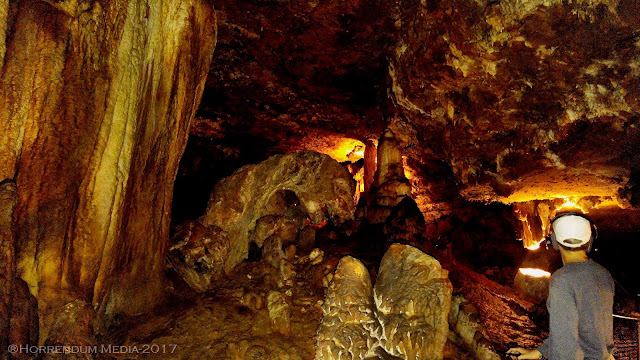 This is a cool shot of the cave. Here, you can get a good glimpse of what it looks like inside. The Teen is in this shot, wearing the nostalgic headphones. 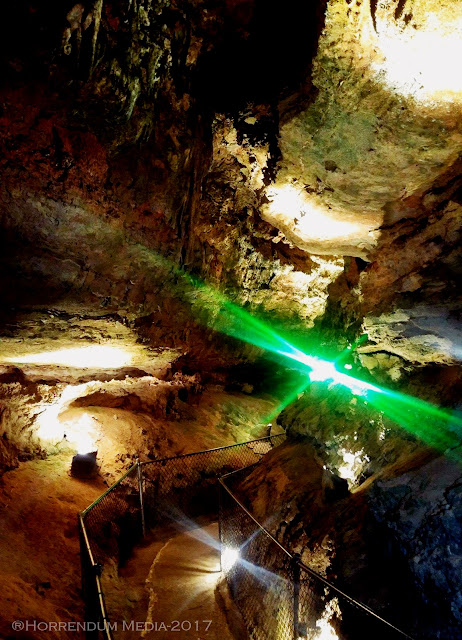 A shot down one section of the walkway, and another cool shot of the inside of the cave.

I would definitely recommend both of these places to visit. Turpentine Creek Wildlife Refuge is not only informative and interesting, but your admission helps support the refuge. Onyx Cave is a great cave to visit when you don't have a lot of time and/or you don't want to spend all day on a cave tour. I've done other cave tours that were crowded and seemed to take forever. I've also seen some poor reviews for other caves in the area, so I would suggest checking this one out. For more information on Onyx Cave, click here.

There it is, the last Arkansas vacation post! We rounded off our trip with an overnight stay in Bentonville (an hour West of Eureka Springs) where we ate supper at Mellow Mushroom -- a very vegan-friendly pizza joint. The next day, we headed home but made a detour at my friend's house in Northern Missouri where she made us a wonderful meal of vegan-friendly food and did an Easter Egg hunt for her niece and Nature Girl.

All in all, it was a great trip that was only soured by my sickness and one other thing. Isn't there always one thing? *laugh* I hope you get a chance one day to check out all that Arkansas has to offer.