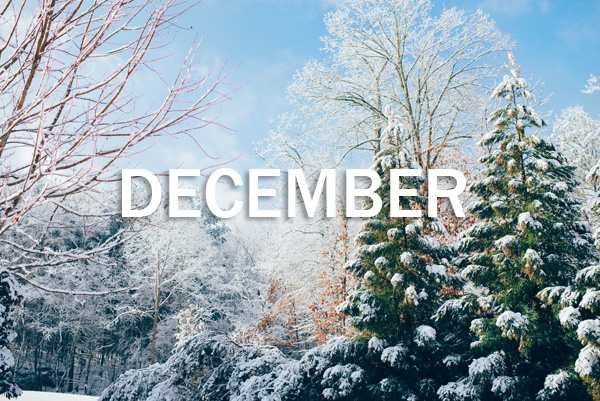 Another week begins and I completely forgot to post this blog entry this weekend, even though it was ready. Admittedly, I had a busy weekend mixed with a lazy weekend - if that's a thing, and if it's not, well, it is now! Anyway, back in December, when I finally got in the holiday spirit, I attended some fun holiday events. Let's take a look. 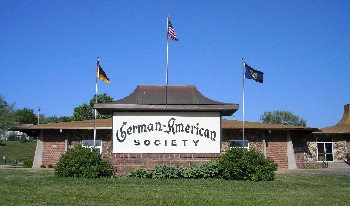 Here in Omaha, we have a good-sized German descendent population. They even have their own event space called the German-American Society (GAS). This space is a large building composed of two adjoining buildings and a large basement. In addition to their yearly Oktoberfest, they also have Christmas in Germany early in December. While I've been to Christmas in Germany before, this was the first time I went alone (i.e. without children) and I met up with my friends Keith and Maggie. 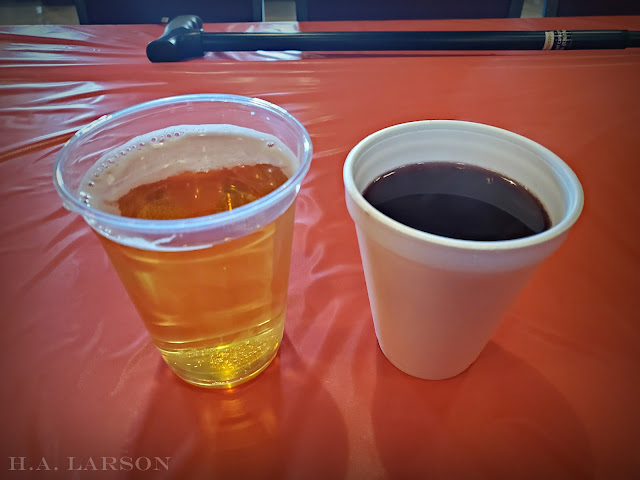 The GAS has its own bar and since the lines can get long, the first thing I did was get in there as quickly as I could. I picked up a German beer and since it was German Christmas around there, some gluhwein. Gluhwein, if you don't know what that is, is a mulled wine. Spices like cinnamon, clove, star anise, orange, and sugar are added, while liquor is added for good measure - in this case, I believe the gentleman said brandy, and the whole thing is warmed up. You can get red gluhwein or white gluhwein and I opted for the red. This stuff is powerful, though, so one glass was all I needed!
Besides the drinks, they serve a bevy of traditional foods but, in my experience (and it was just as true this time around) the line for food is ridiculous so I ate before I left. 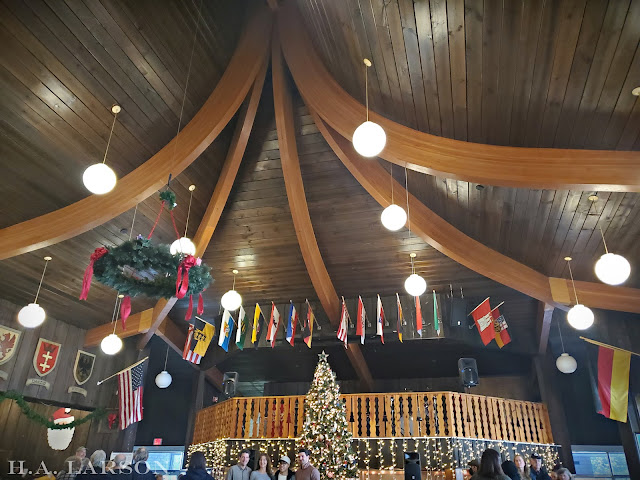 The beer hall in GAS is beautiful and traditionally German in architecture. The walls are adorned with the flags and coat of arms for all sixteen states of the country. In the balcony area up top there, is where a polka band plays. I mean, no German celebration is complete without a polka band! 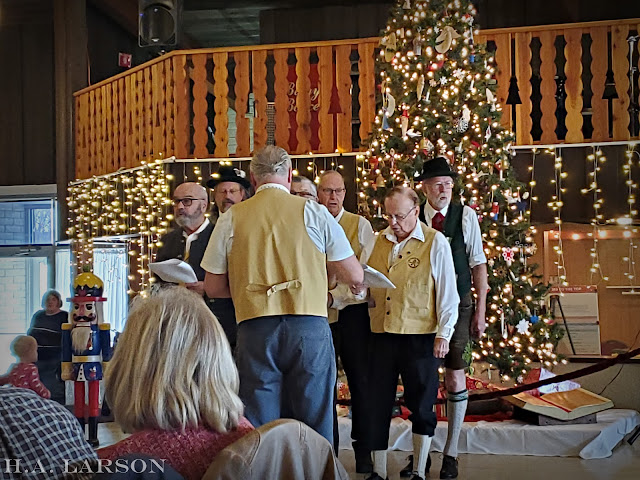 Christmas in Germany has a host of events to entertain you throughout the day, one being a small men's choir singing traditional German songs...in German, of course. 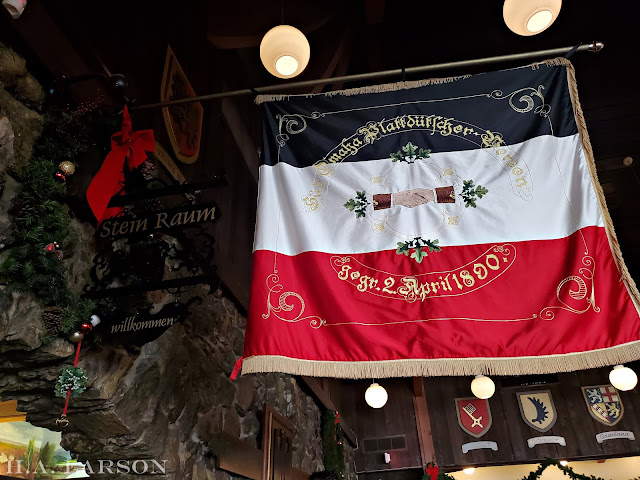 The aforementioned signs above the bar or "Stein Raum" and a flag for the GAS itself, established in 1890. 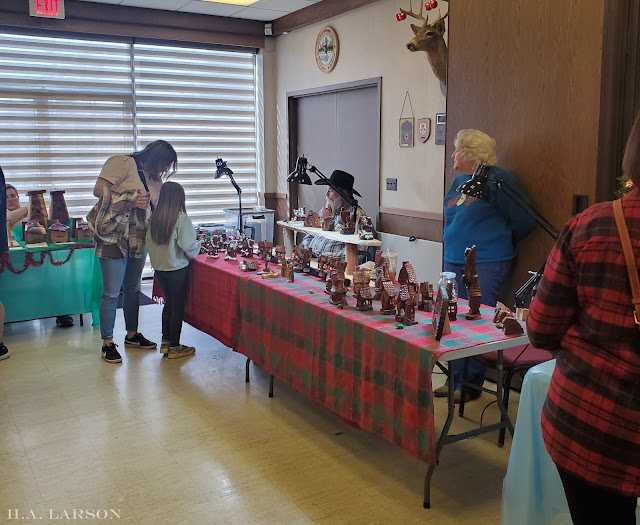 While Keith held our spots at our table upstairs, Maggie and I went down to the basement to peruse the German Christmas Market going on down there. True to form, the market hosts a bevy of artists making traditional handmade gifts. 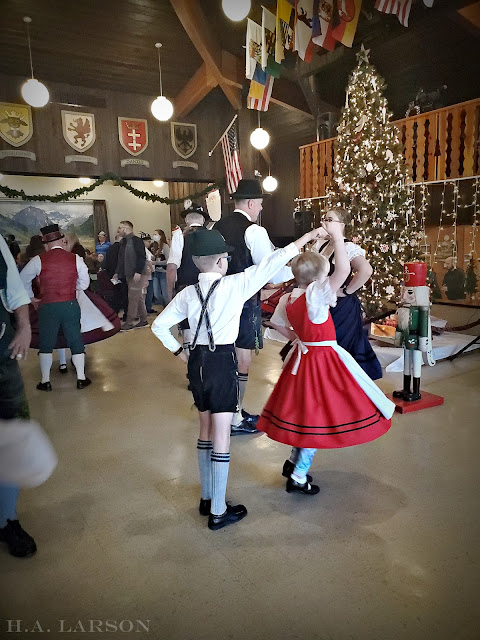 We made it back upstairs in time to watch traditional German dancing! 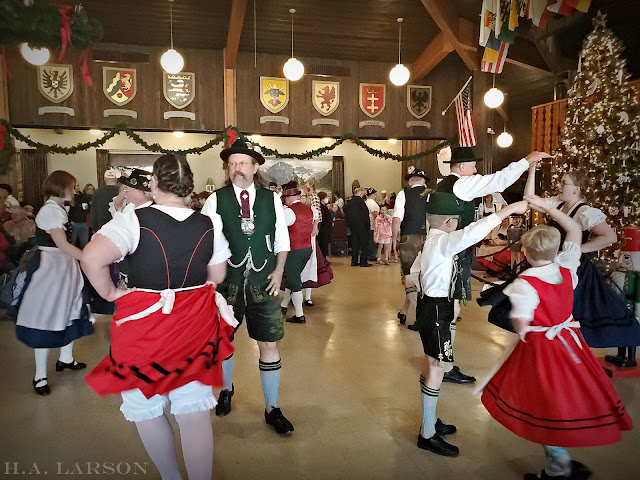 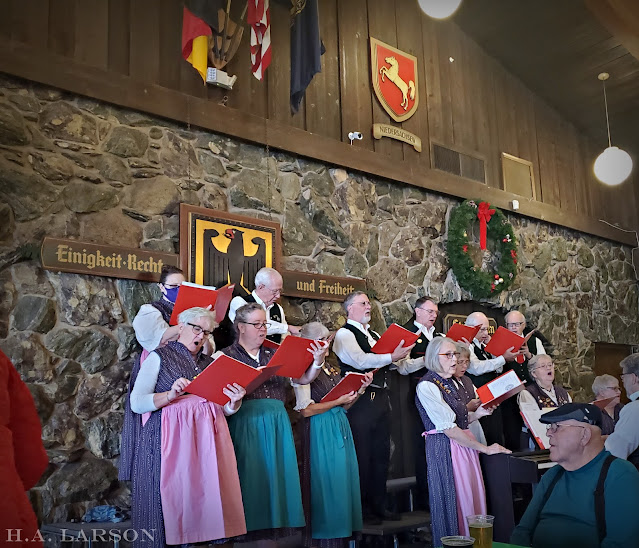 After the dancing, a mixed choir sang some more traditional German songs. After that, it was time for the polka band to play and attendees, full of food and drink, danced the day away. Maggie left first, leaving Keith and I retire into the tucked away, more private room at the back of the bar where I had one more beer for the road. 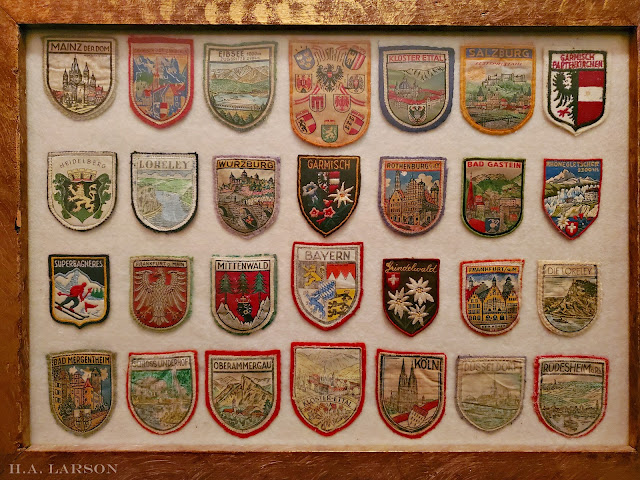 Right by the exit are some old patches of German states. Considering the number here, I don't believe all of them are states anymore. 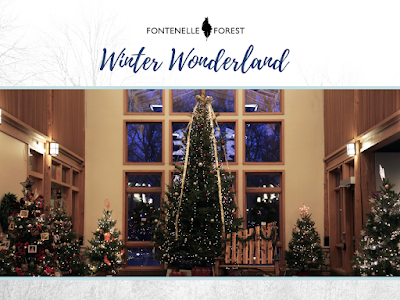 A couple of weeks later, on a crisp cool evening after work, I wanted to get down to Fontanelle Forest for their Winter Wonderland event. This yearly event lasts a week and sees the Forest open a few hours later each evening in order for working folks to make it to said events. I grabbed my usual partner in fun, Rebecca, and headed down on a Thursday night. 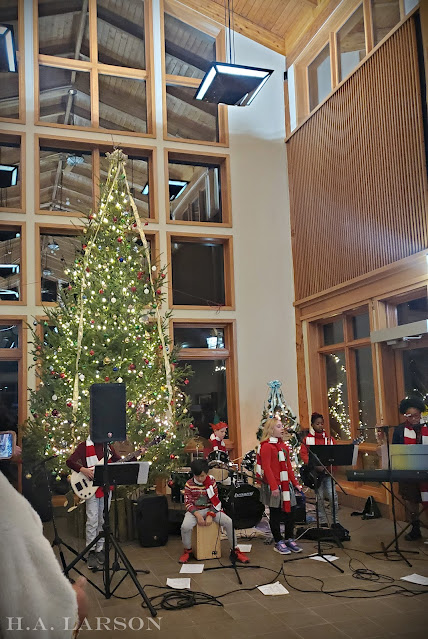 They were serving hot chocolate and had a kid's band playing Christmas music. The great hall was decorated with all kinds of Christmas trees and it was quite beautiful to see the kids play amongst it all. 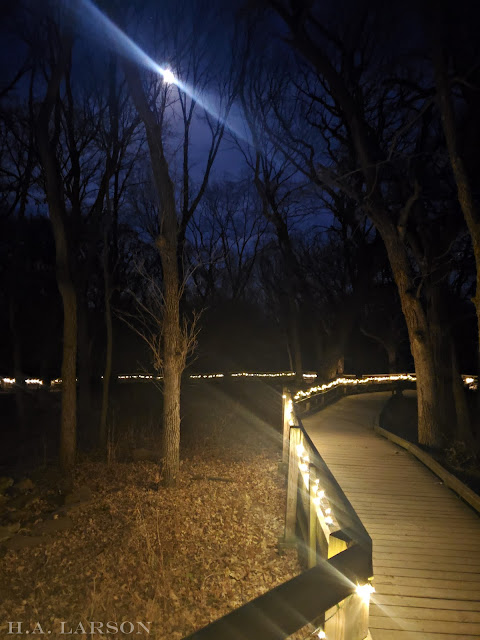 I have a membership to the Forest (mainly because they also own my beloved Neale Woods) and I hike here quite often. In addition to the miles of trail within its borders, they have a mile of boardwalk as well for those not wanting to hike. The first section of it makes a circle around an outdoor children's area and it was this section that they decorated with Christmas lights. Rebecca and I stole away with our hot chocolate to admire it. 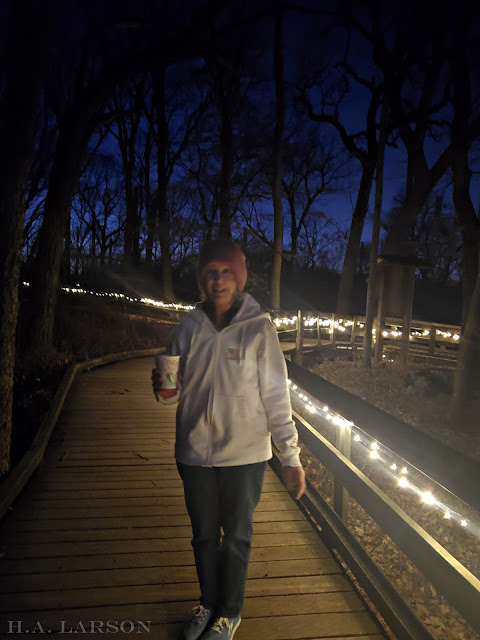 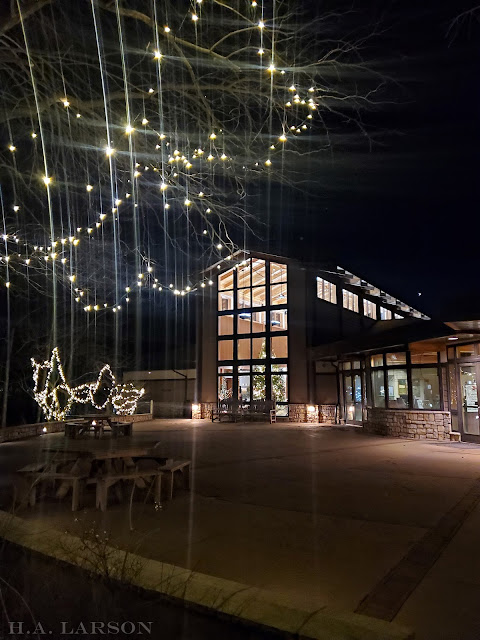 I snapped this picture of the nature center as we walked back up to it, and the lights on the trees made a cool lighting effect on my photo. 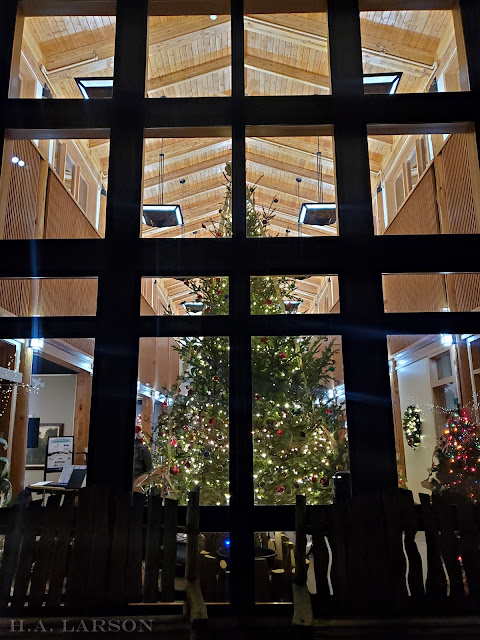 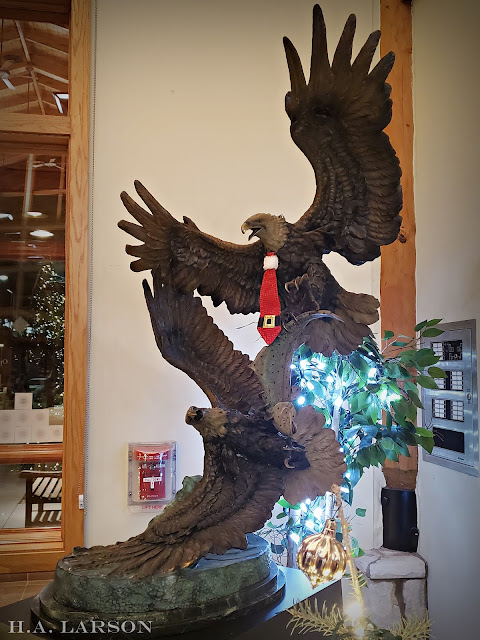 After our short walk, we came back in to check out all the trees and other decor in the great hall. 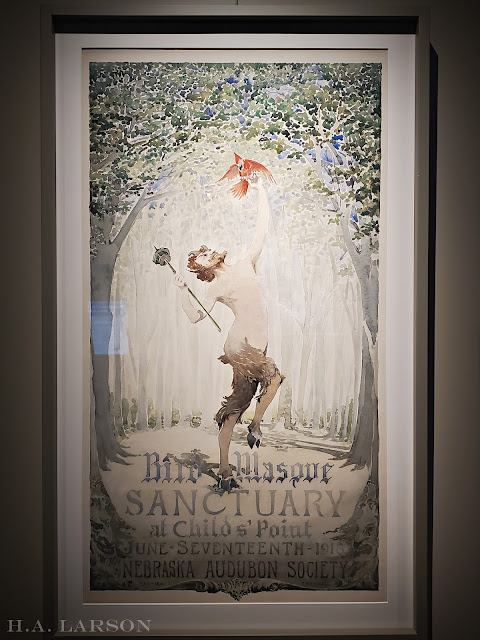 In a room adjoining the great hall, they have some small animals in cages and some art on the walls. I thought this one was particularly interesting. This event held by the Nebraska Audubon Society in 1916 looks like fun! 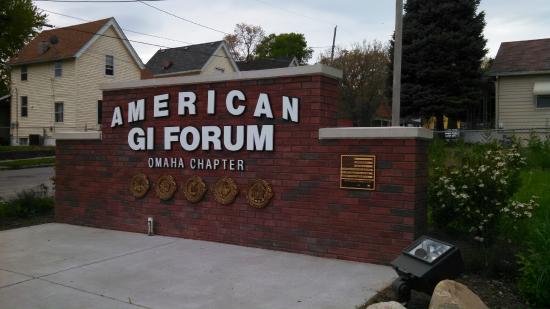 After we left the Forest, we headed over to the GI Forum (not my photo, obviously). It's a Mexican-American VFW that serves Mexican food and has a full bar. It was Taco Thursday and I got tacos, a few beers, and a few tacos to take home to my daughter - with tip, it came to $20 even. Now that's a bargain!
I only have a few more posts before I'm finally caught up with old posts from last year. I hope you have a great week and stay warm!
Labels: Musings