It's that time of the year again! This will be the fifth year that I've done the Shocktober! series. Each year, I watch a selection of horror movies that follow a theme of some kind. The first year, 2016, was classic horror films, in 2017 and 2018 I watched horror movies that were on Shudder, and last year I watched modern classics that I watched when I was growing up. This year, I decided to watch movies that are free to watch on YouTube. So, what did I watch? Let's find out!
💀💀💀💀💀💀💀💀💀💀 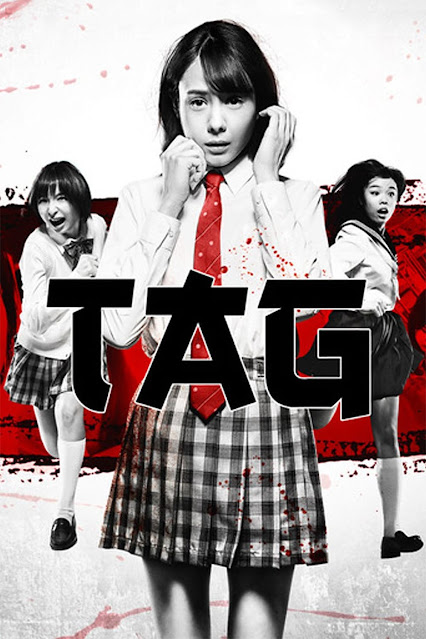 First up is the Japanese movie TAG. Released in 2015, it follows the tragic and weird life of schoolgirl Mitsuko. As she bends down in her school bus to pick up something she's dropped, a gust of wind slices through the bus...and her classmates. Thus begins the first of many strange sequences that see Mitsuko change into different people in different situations. Different they may be, a common thread stitches them together: death. While a decent movie, it's a bit hard to follow at first, and the ending is a letdown to the more interesting parts of the buildup. It's as if it were thrown together hastily to tie in all the strange dream-like sequences. So why are all these things happening, and why are they happening to our heroine? You'll have to watch for yourself to find out.
👀👀👀👀👀👀👀👀👀👀 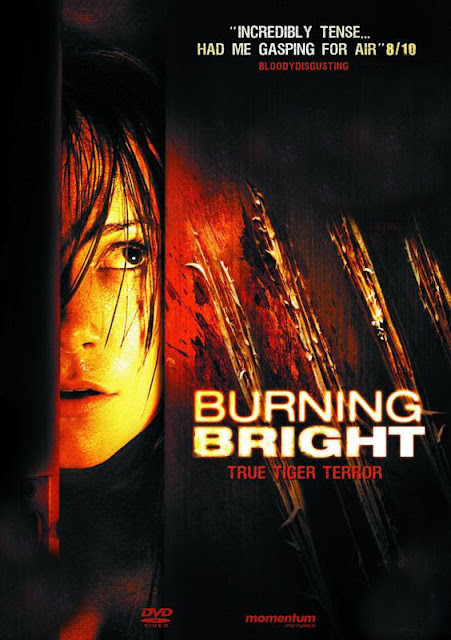 Before I turned on this movie, I read up on it a little bit, so I knew going in, then, that a tiger was involved. While it made me think, "Great, this movie is going to be dumb," I was bound to watch it anyway for Shocktober! I was pleasantly surprised to find out that my assumption was wrong. What happens when a teenage girl gets trapped in a house with her little autistic brother and a hangry tiger that hasn't eaten in weeks? Well, it's not good, I can tell you that. Burning Bright is a well-made horror-thriller in the monster vein, although this monster could very well be living in your town (hopefully in a zoo!). There's another monster in this film, as well, but you'll have to watch to find out who or what that is.
😱😱😱😱😱😱😱😱😱😱 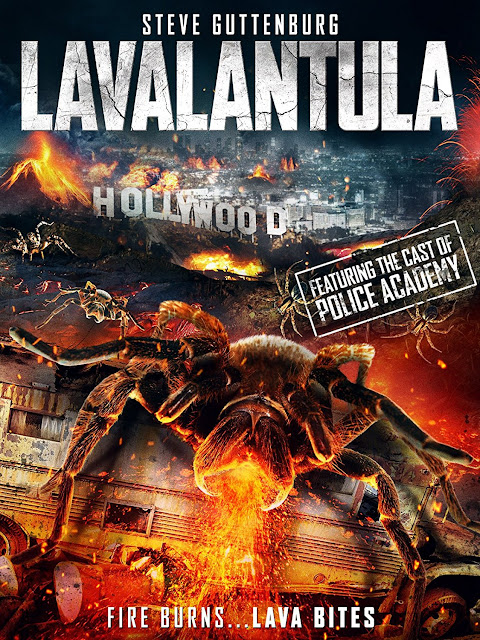 This SyFy Channel original movie stars Steve Guttenberg of Police Academy fame. Like every ridiculous sci-fi movie made by the channel (Sharknado and Ice Spiders, anyone?) this one features large creatures with almost invincible attributes. In this case, spiders that have lain dormant in a volcano under L.A. When the volcano awakens, it takes a washed-up actor (Guttenberg) to save his family...and the city. I loved this movie. It was cheesy, it was fun, and it was filled with action that kept me engaged. Steve Guttenberg is still a great actor and he carried the movie. I highly recommend this movie if you want to watch something fun, busy, and not too serious.
👻👻👻👻👻👻👻👻👻👻 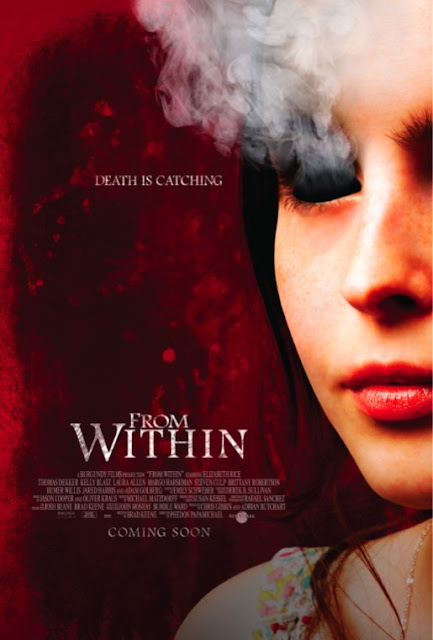 The premise behind this movie is revenge. Lindsay lives with her drunk, loose, but loving stepmom in a tiny town where everyone is obsessed with God. A series of events triggers a bizarre string of "suicides" and the overly-religious town targets an outcast family, something they've done in the past as well. This movie is, literally, dumb and is peppered with horrible, horror movie cliches. The only things good about the movie are the very beginning and that in the end, nobody wins, a movie trope that I actually like. So, I definitely don't recommend watching this movie, unless you want to be bored and/or like cheesy cliches. Also, they got rid of the totally free version of this movie, so I had to watch a cropped version with low sound.
💥💥💥💥💥💥💥💥💥💥 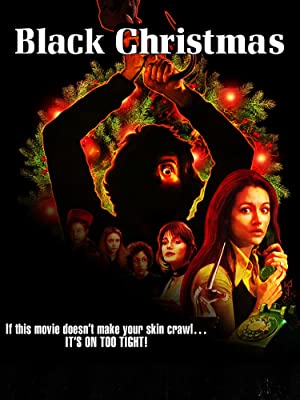 I originally picked this movie because it was listed in the search results as "Stranger in the House". When I found out it was actually "Black Christmas", I almost didn't watch it. I mean, I was trying to watch scary movies for Halloween, not ones themed for Christmas, but, since I had already decided on it, I watched it anyway. In hindsight, this was a good idea as this movie is good. It's a typical slasher-type movie from the 1970s, and it plays up the suspense pretty well. A sorority house is getting ready for Christmas, but the happy festivities are shadowed by a series of creepy, stalker phone calls. Jess, our protagonist, happens to be the unfortunate girl who answers the majority of the phone calls, and she does her best to deal with the weirdo on the other end by enlisting the help of the police. While her housemates are being murdered around her, the police figure out the phone calls are coming from somewhere within the house. Want to see how it all plays out? Watch it here.
And there you have it, Shocktober! 2020 has wrapped up for another year. It won't be long before the Holiday season is upon us as well as another new year. Next week I'll start posting about my trip to Michigan, starting with the Grand Hotel, so check back for that. Until then, I hope your Halloween was spooky and great, and that you have a good week coming up. Of course, if you're inclined, you can check out the movies above.
Labels: Books & Music & Movies Musings