Good morning! This is Part Three of my photo-series: Remembering Ireland. Today, I'm going to share our first day in Limerick.

We checked out of the North Star in Dublin on Day 2, and walked across the street to Connolly Station where we boarded our train to Limerick. Even though Limerick is on the opposite coast from Dublin, it's less than three hours by train. It was my second experience traveling across country by train (the first was Omaha to Denver via Amtrak), and I have to say...it is far superior to air travel in my opinion. It's comfortable, it has a snack/drink vendor, and wifi. We arrived in Limerick in the early afternoon, where we caught a cab to our hotel: Absolute Hotel & Spa. It was modern in comparison to the North Star, and we got checked in right away. The Absolute sits on the River Abbey which flows into the River Shannon. 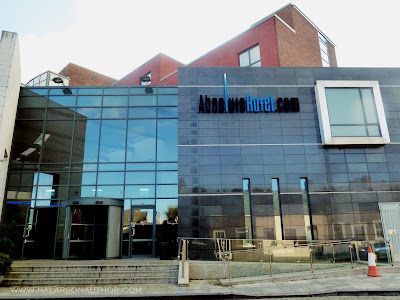 We got settled into the hotel and charged our phones before deciding to get out and explore the town. After taking a cab to the hotel, we realized that Limerick was actually pretty small, and getting around on foot was easy (and cheaper!). 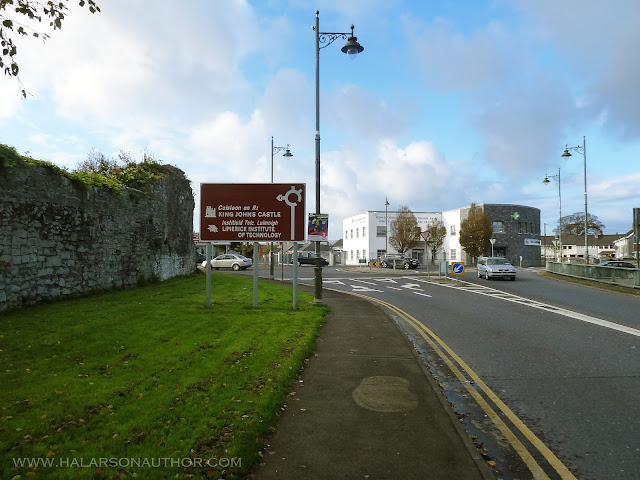 We left the hotel and headed in the opposite direction of the train station where we soon saw a sign for King John's Castle, so we decided, "Why not?" and followed the signs there. 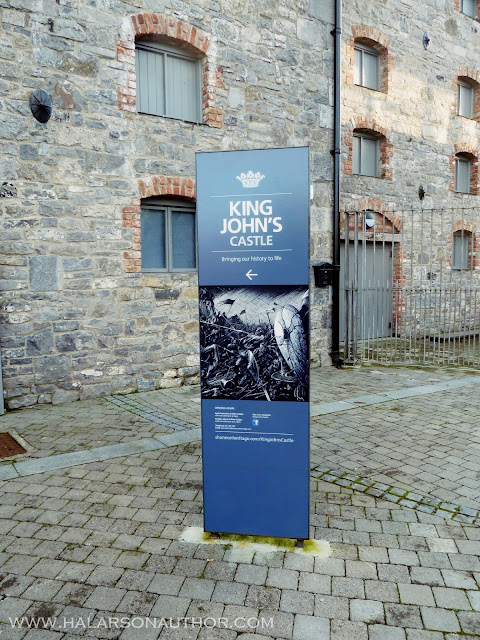 This sign outside of the building (which doesn't look as castle-y from the outside entrance) let us know we had arrived. We found out later that the cool picture on this sign was one of many paintings, done by a talented artist, that tell the tale of parts of the Castle's history. 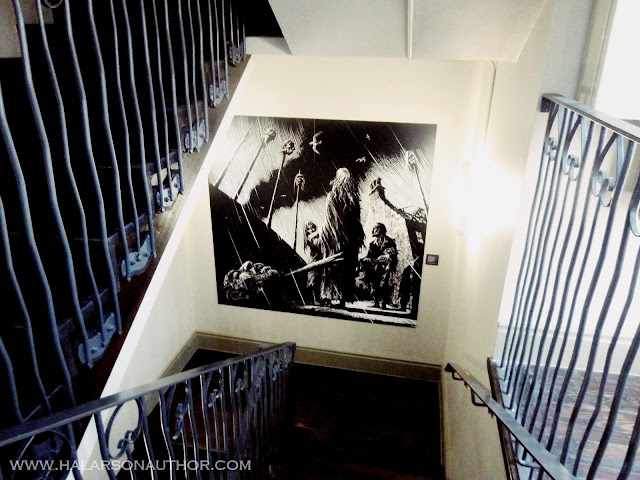 This is one of those aforementioned paintings. I wish now that I had taken a photo of the painting placard so I could share the details. 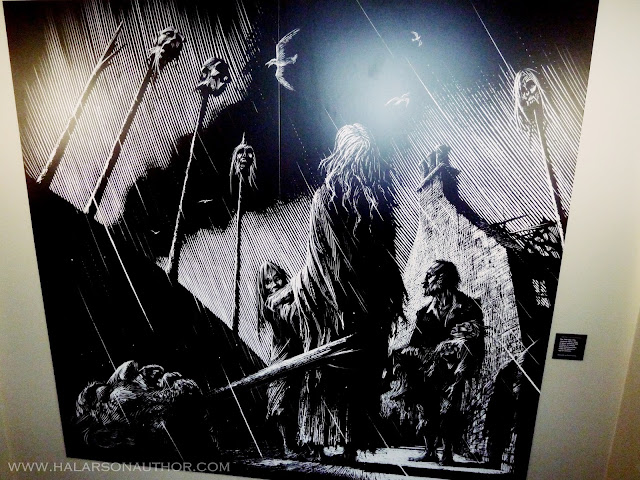 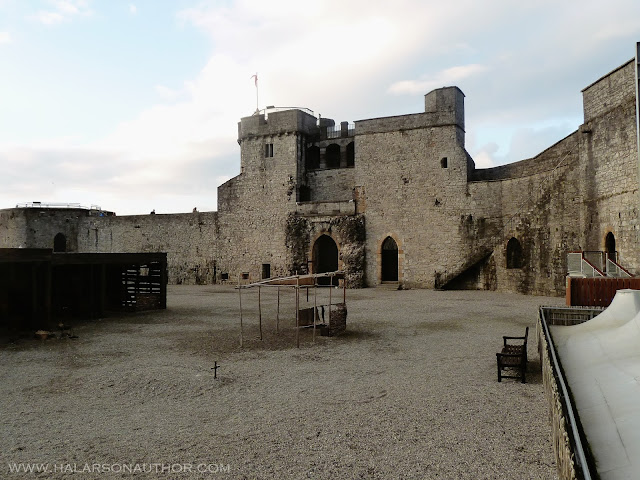 Built between 1200 - 1212 BCE, King John's Castle was the home of King John, the brother of Richard the Lionheart. Like Malahide Castle, it is owned and operated by the Shannon Heritage Foundation (SHF). 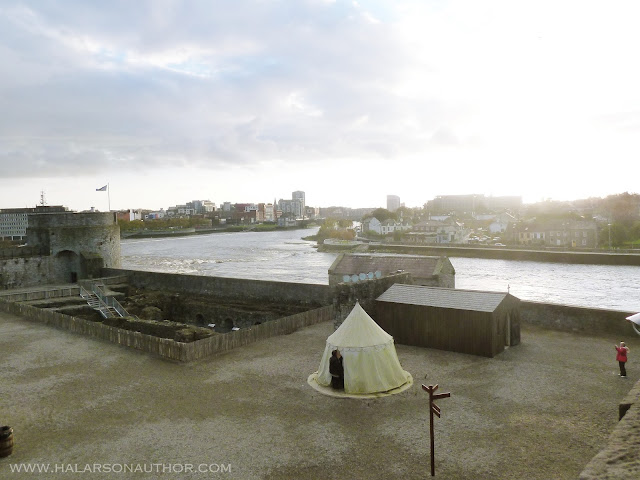 A view from the second floor looking out over the grounds and across the River Shannon. 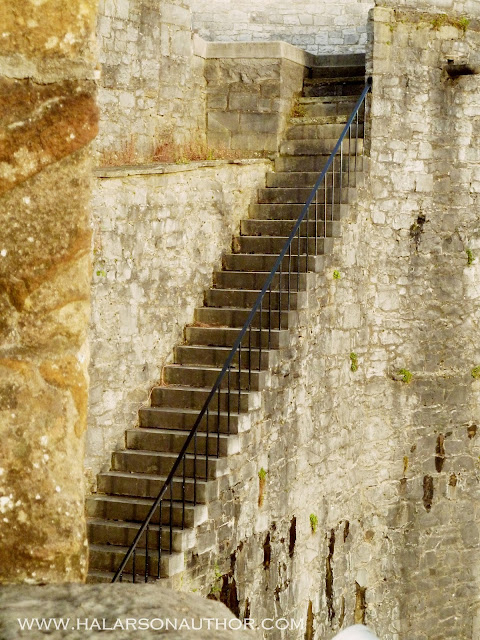 A view of the outside staircase from over the main doorway. 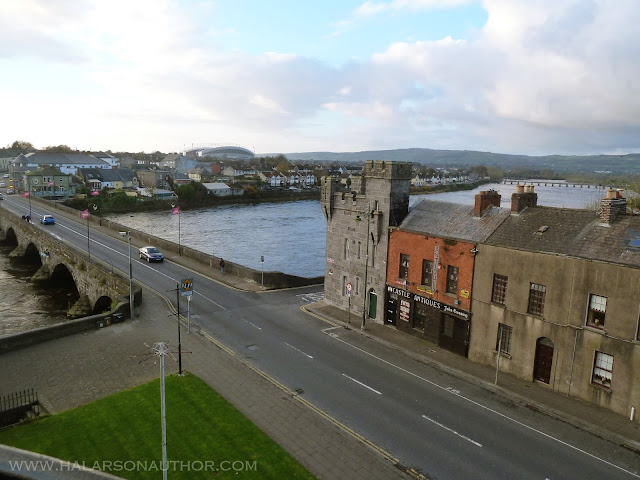 A view from the topmost part of the Castle looking out over the River Shannon from the other direction. 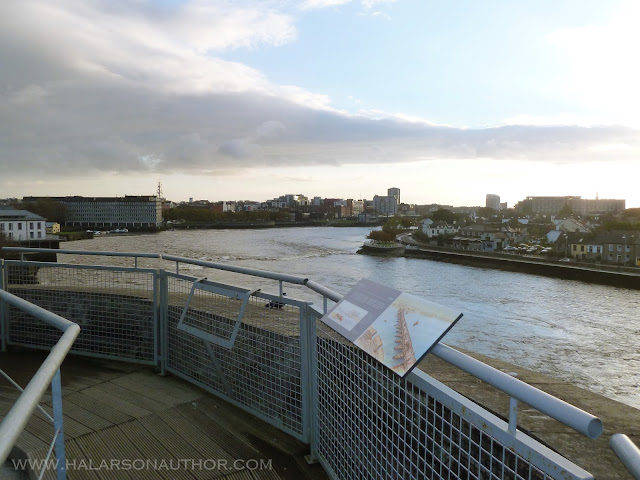 A view from the turret on the far left, a floor down from the topmost part of the Castle. 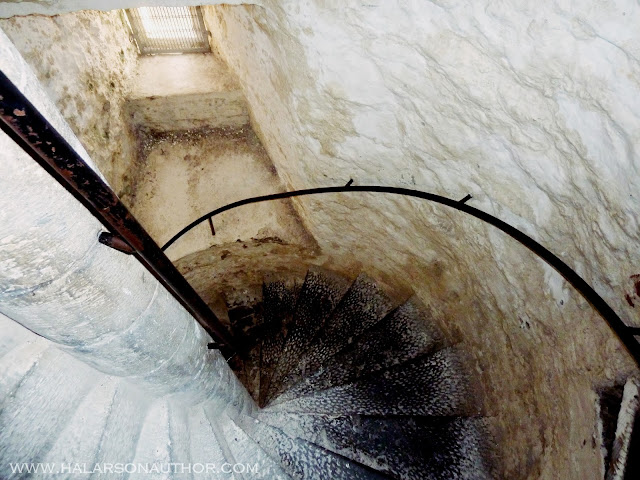 A view looking down the inside staircase. The castles we went to in Ireland had these kinds of staircases. They are incredibly old -- a fact evidenced by the blackened steps of the staircase. This layer of crud indicates the 800+ years that feet have walked on these stairs. 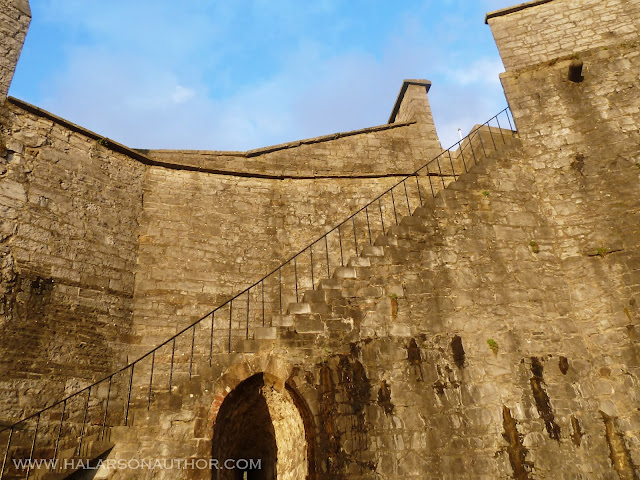 A view of the outside staircase from the ground. 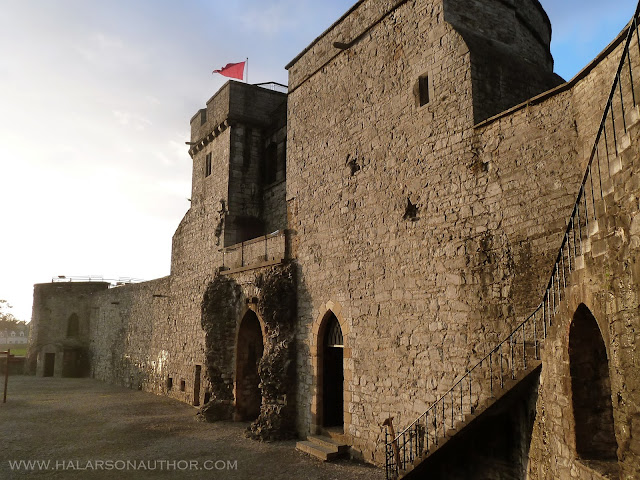 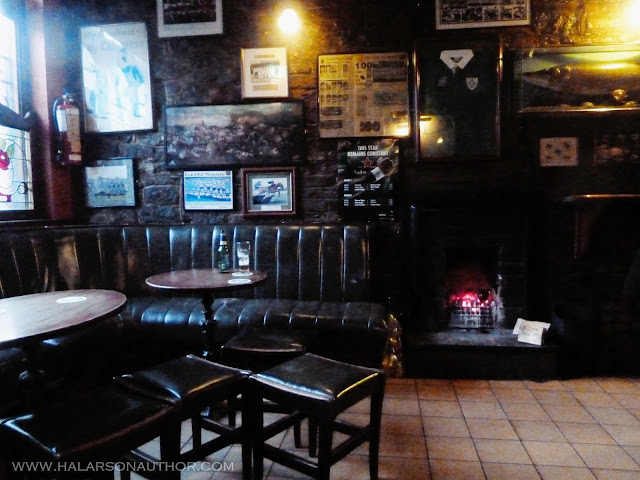 After our visit to the Castle, we walked through a back alley where we stopped at a local pub called The Cauldron. We had a Guinness and enjoyed the small fireplace that are standard in these old buildings.

Limerick was more intimate to us than Dublin or Galway. We met other American tourists in both of those towns, but we didn't run into another American in Limerick whatsoever. Going to The Cauldron, some out-of-the-way local pub, helped lend to this feeling. That's it for Limerick, Day One. I'll have two more installments dealing with Limerick as we saw more things in Limerick -- and the surrounding area -- than any other place we went to in Ireland.

For more information on King John's Castle, follow this link.

See you next Monday for Limerick, Day Two!