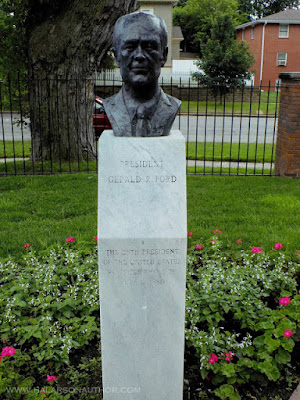 Today's post is another entry in my photography series: Portrait of Omaha. In this series, I showcase a unique or distinct area/place of the city I call home. This entry is about the Gerald R. Ford Birthsite. Gerald R. Ford was the 38th President of the United States, who assumed office in the wake of President Richard Nixon's resignation. Ford had been Nixon's Vice President, so was next in line to assume the Presidency.


He was born in Omaha in 1913, but was only here for the first sixteen days of his life when his mother moved back to her home in Illinois. The large Victorian mansion he was born in was largely destroyed by a fire in 1971, and was razed. The land it had once occupied was purchased by a businessman in 1974, after Ford became President, and the idea for a memorial was hatched. It was dedicated in 1974, with the rose garden - in memorial to First Lady Betty Ford - in 1980. Ford attended the latter dedication personally.

Today, it is home to the Gerald R. Ford Conservation Center (only available by appointment) which is surrounded by beautiful porticos, flower gardens, statues, and an exhibit kiosk. 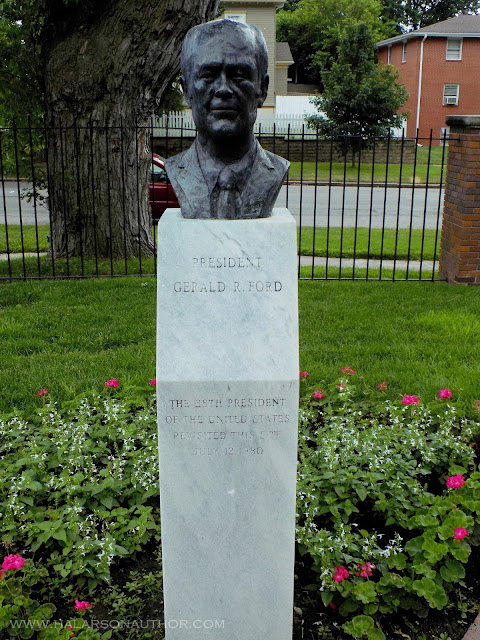 A statue of Ford. One of his wife is down the walk from his. 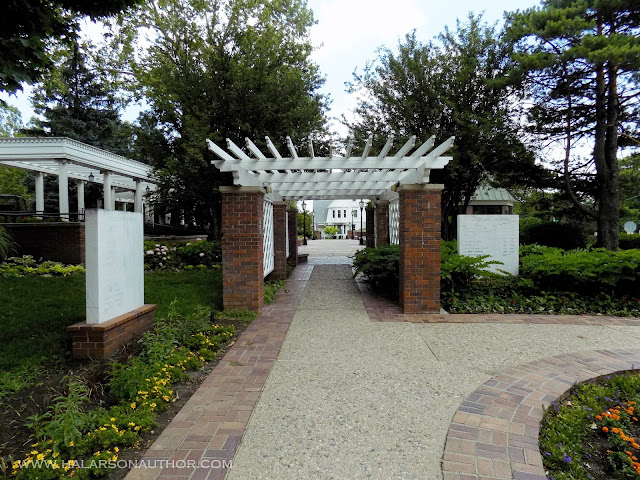 A shot from the rose garden down towards the Center. 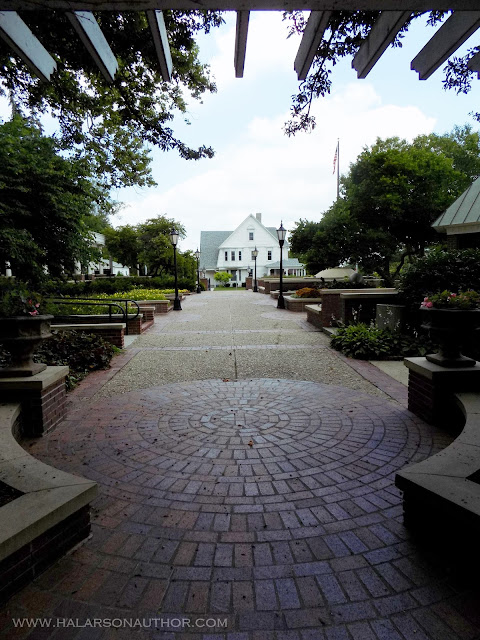 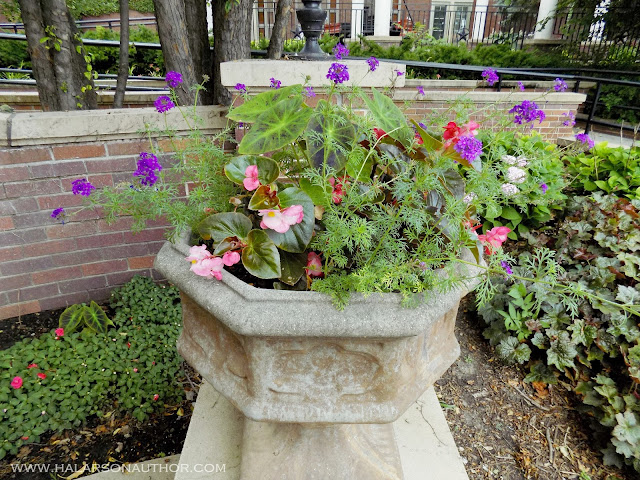 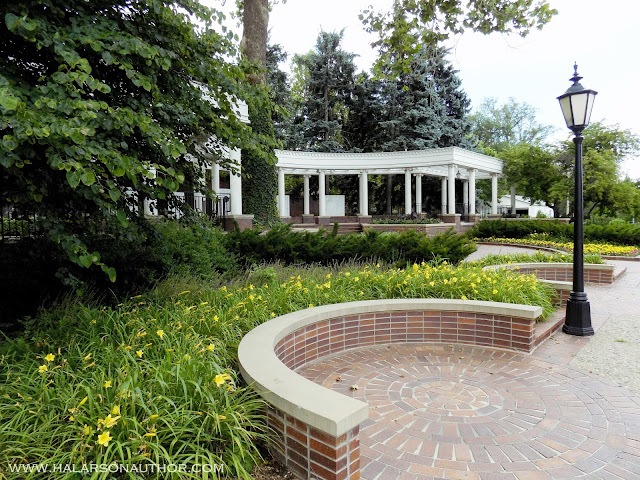 Coming up on the portico. A shot of the exhibit kiosk. 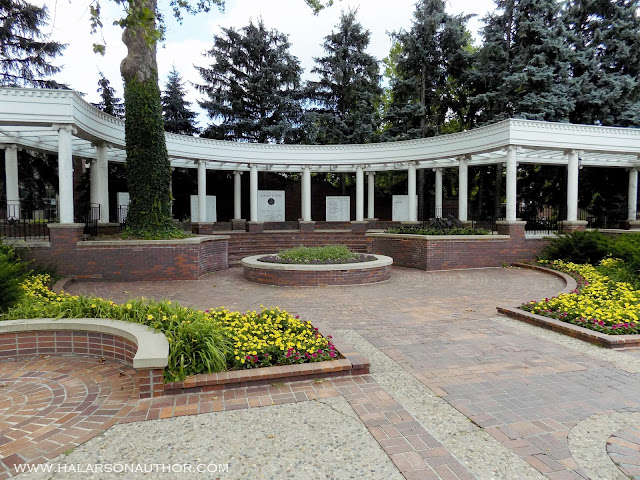 A full frontal view of the beautiful portico. The memorial slabs you see list all the Presidents of the United States. 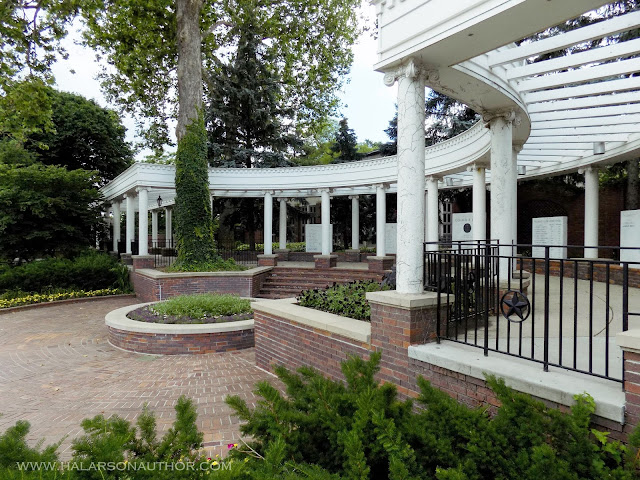 A side view of the portico. 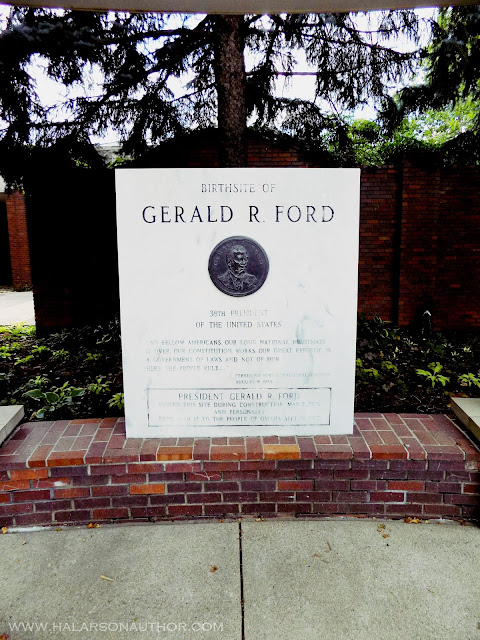 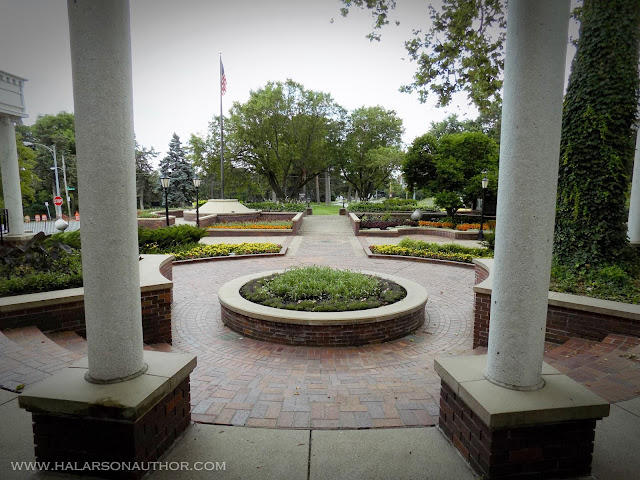 Looking out into the gardens from the portico. 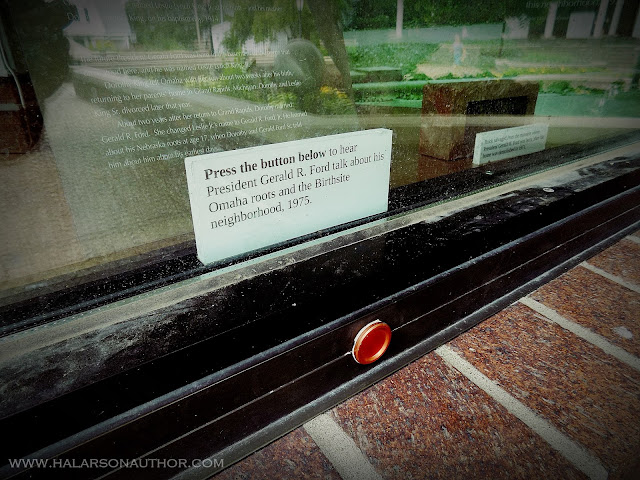 A shot of one of the information buttons at the exhibit kiosk.

If you are ever in Omaha, check out this memorial site. It's an incredibly beautiful and peaceful place to take a stroll and collect one's thoughts. I love to admire the beauty of the design and read for awhile. You'll find it located in the Hanscom Park area. For more information, you can read about it here and here.

For information on my other books, link up to my Pronoun Author Page.