Good morning! So today will be the third, and last, installment of the Loess Hills Adventure I went on with my best friend and Nature Girl. Our last stop of the day was at DeSoto National Wildlife Refuge. One of the highlights there (besides the awesome wildlife and nature to explore) is the Steamboat Bertrand exhibit.

Omaha is a Missouri River town -- which is exactly how it got it's start -- and DeSoto lies along the river as well, just farther North. Steamboats were the semi trucks of yesteryear, carrying goods and people to various parts of the country via rivers. Many towns and cities (Omaha among them) sprouted up along America's rivers as a drop off point for all these people and goods.

It was one such steamboat, The Bertrand, that hit a snag north of Omaha and sank in 1865. While no one lost their life, all the goods aboard sunk, and it wasn't until a couple of salvagers discovered the wreck at DeSoto National Wildlife Refuge in 1968 that they were recovered. For more information, click here, and for really detailed information, click here.

Since the wreck was found on National Wildlife lands, the wreck -- and all its goods -- became the property of the U.S. Fish and Wildlife Services. Everything recovered was carefully cleaned & cataloged, and DeSoto Wildlife Refuge, then, built a huge exhibit at the visitor's center, which you can see to this day. The cost of entry is a $3.00/car entry fee, so why not go? Besides, as I mentioned in this post and this one, there is plenty of things to do there. 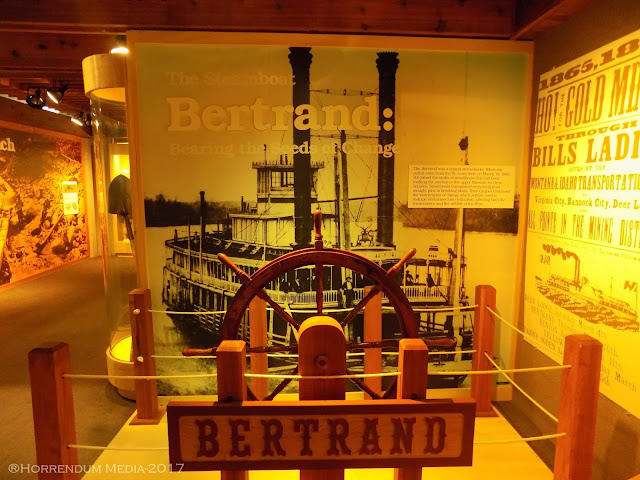 The entrance to the exhibit. 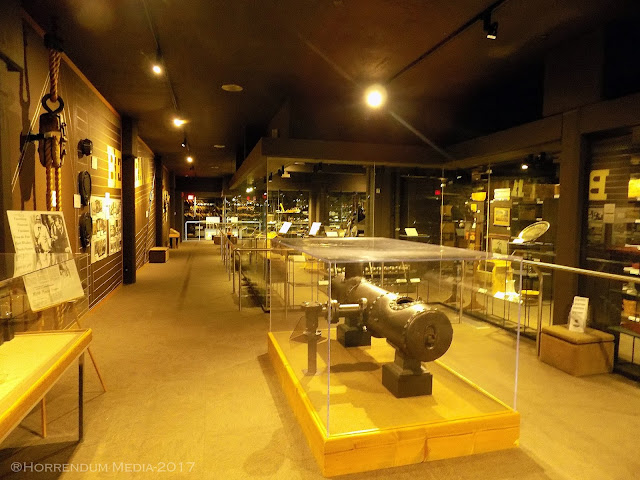 This is the huge room that houses all the artifacts that were recovered from the wreck of the Bertrand. 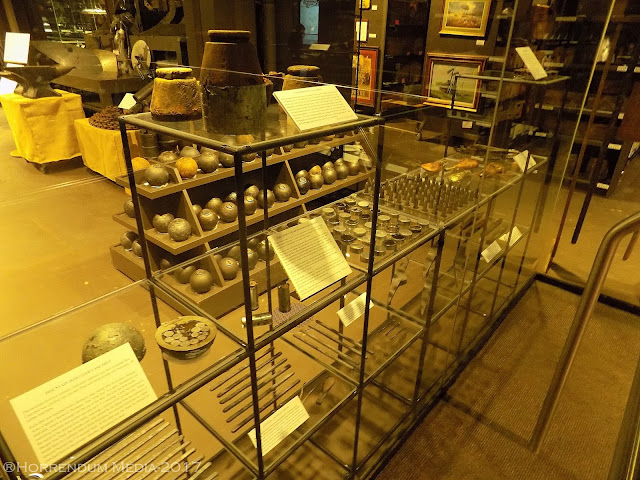 Cannonball shot, utensils/tools of some kind, and artillery shells. 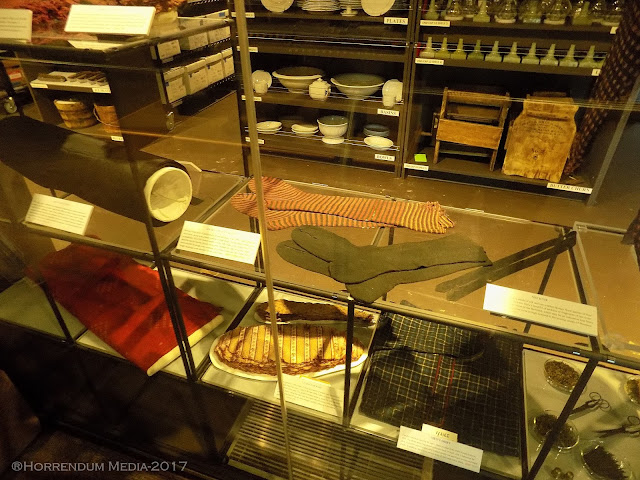 Some clothing and fabric that would have been a nice addition to any general store in the wilds of 1800s America. 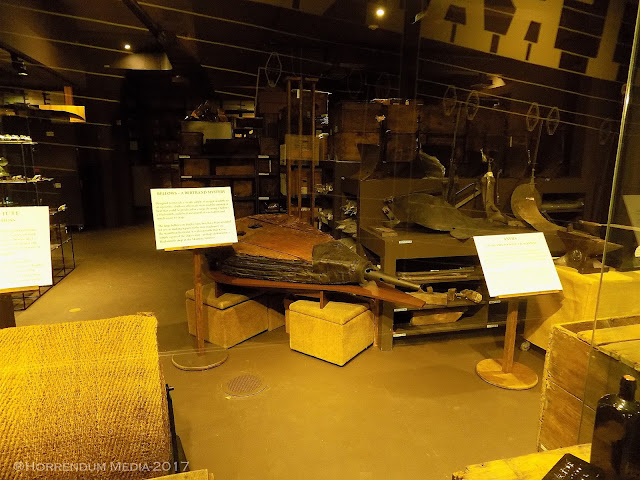 That big bellow would have been used to facilitate the fires that kept the steamboat going. If you're interested in how steamboats worked, here's the Wikipedia article on it.

Enclosed in glass is a model of what the Steamboat Bertrand looked like in its heyday. 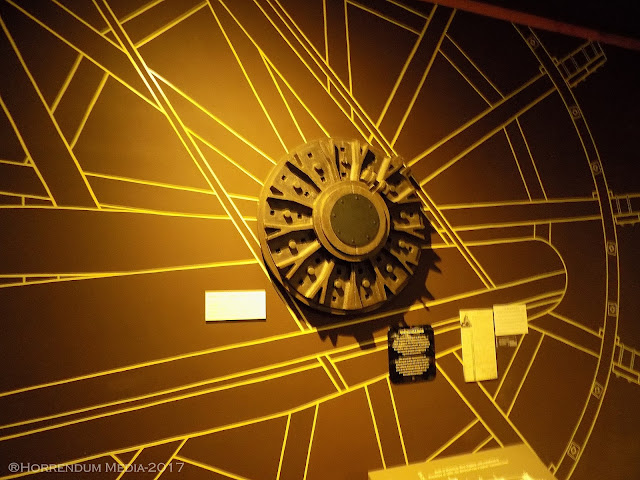 I'm not sure what this is, but it would have been the center of the large wheels that helped the steamboat move down the river. 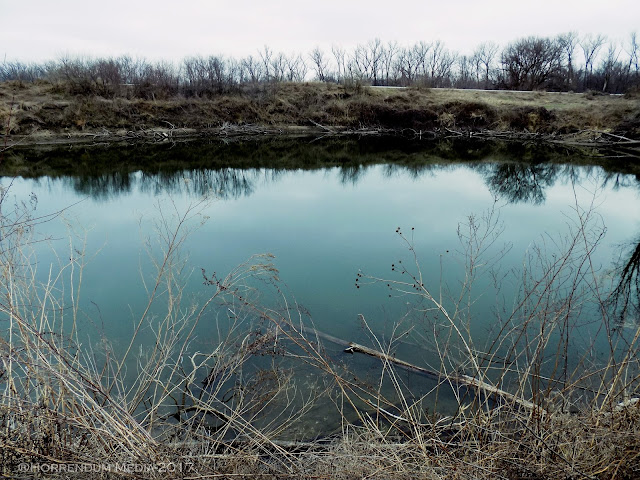 The Refuge is a huge place, and you can actually go to the pond where the Bertrand was found. This is it! Somewhere beneath these murky waters still lies the hull of the Steamboat Bertrand. 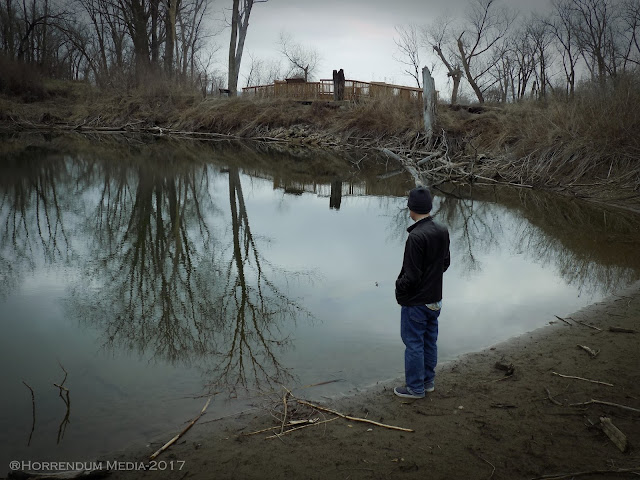 My best friend checking out the pond, hoping for a glimpse of the hull.

Cool, huh? If you ever find yourself in Missouri Valley, Iowa, or if you live in the area, take an hour and check out the DeSoto Wildlife Refuge. Even if the weather is cold, you'll be able to check out the visitor's center which includes the fascinating exhibit on the Bertrand.