Recently, I ran out of foundation (imagine that), so I had to go to the store. I also needed a few other things while I was getting makeup, so I thought I'd share the things I got and give you some impressions. 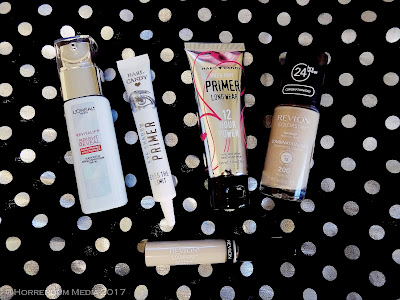 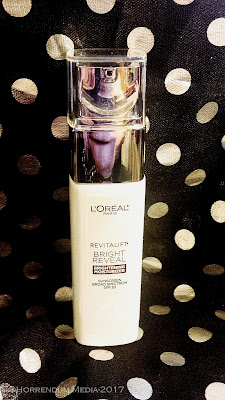 I was out of moisturizer and the kind I normally get (Equate's version of Olay's Regenerist) was sold out, so I picked up this one: L'Oreal's Revitalift Bright Reveal. It's cheaper than Olay but still has SPF in it. It's greasier feeling than the Olay, but doesn't stay that way. Just don't rub it on your eyes! Some got in my left eye and it burned! With Olay I can put it on my eyes, but not this one, so keep that in mind. 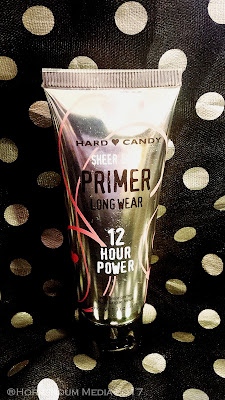 I've really like (most of) the Hard Candy line of makeup. I use face primer every day, but it doesn't have the staying power for my makeup I hope for, so when I saw this one touting 12-hour power, I had to try it.  It has a light tint to it, and it does what it says it will: it helps your makeup stay! I put some under my makeup, the day I bought it, for a night out and man, it worked great. In fact, I had to really work at getting my makeup off that night. I've used it for daily wear to work as well, and it comes off much better after being worn all day as opposed to a few hours. This stuff is fantastic! 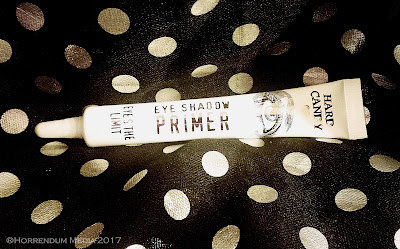 While I was staring at the Hard Candy section, I saw a good-sized tube of eye shadow primer so grabbed it. I've about blown through my eye shadow primer, so I figured I'd better get some more. I use this more for weekend makeup wear, so I used this, like the primer, for a night out after I bought it. It works just as great as the primer! I highly recommend these two under your makeup. 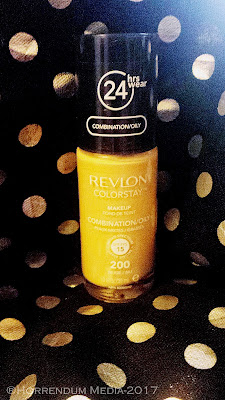 Each time I need to buy foundation, I always try a new one on my never-ending quest for the perfect foundation. This one is by Revlon, part of the Colorstay line, in the shade of Nude. I swatched a bit on my hand and it looked perfect, but when I started putting it on my face it's super light! It blended in pretty well, and has decent coverage, and since it matches my neck I'm working with it. I like the foundation itself, but will opt for a darker shade if I ever purchase again. 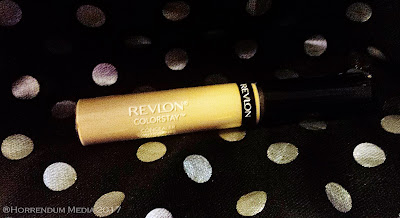 Last, but not least, I bought the matched concealer. It works comparably to the foundation, and matches fairly well with my skin tone. I think I'd stick to this color for concealer.

And there you have it, my recent drugstore makeup haul. I hope you enjoyed it, and that you'll check out some Hard Candy soon! That primer though...