Good morning! I got my cup of coffee and I'm ready for the day! It's time for the next post in my Arkansas Vacation series, so here goes.

Hot Springs, Arkansas, lies along the southeastern border of the Ouachita (wash-ih-tah) National Forest. Incidentally, Ouachita National Forest is the one place on my list that we didn't get to, but considering all we did do while on vacation, I'll live. The town was built up around the hot springs that were in the area as a way for people to access the purported healing properties of the springs. While not technically the oldest National Park, it kinda is. Before the concept of a national park existed, the land was set aside by the U.S. Federal Government to be used later as a place of recreation. This was the first such land ever so designated by the federal government, and so this makes it - really - the first National Park.

Today, Hot Springs the town is a vibrant place with most of the original (and new) bath houses still in operation along Bathhouse Row. The area where the actual hot springs are located is a protected National Park and you can walk the grounds. One of the bathhouses is a gift shop as well as a fully operational bath, while another one is a visitor's center where one can take a self-guided tour. We did the self-guided tour, as well as watched the film about the park, and we enjoyed stepping back in time. 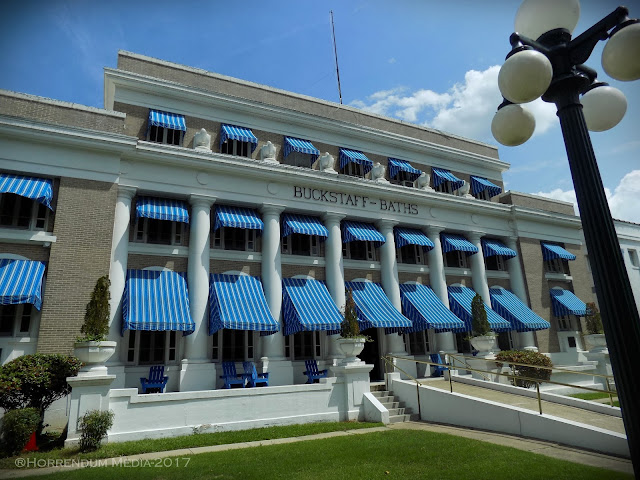 Buckstaff Baths, while not the oldest bathhouse here, was established in 1912 and is just as impressive now as I imagine it was back in it's hey-day. 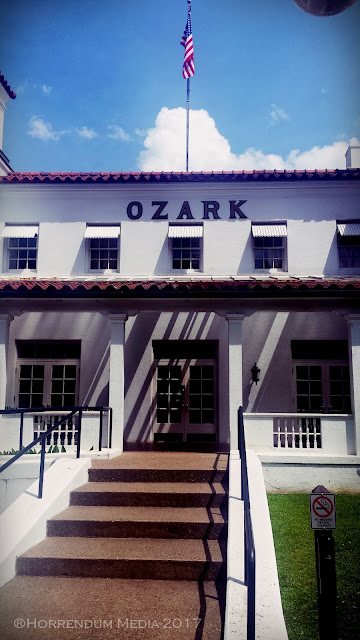 The entrance to Ozark Bathhouse. 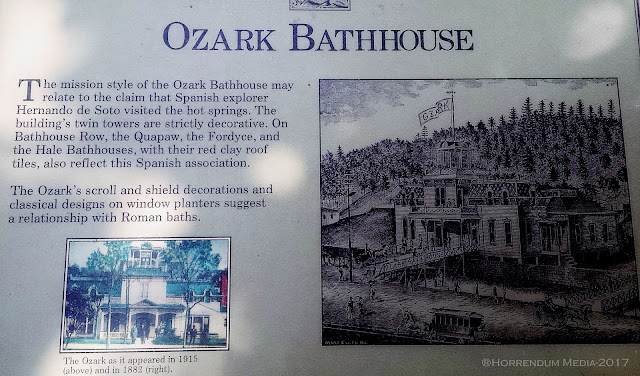 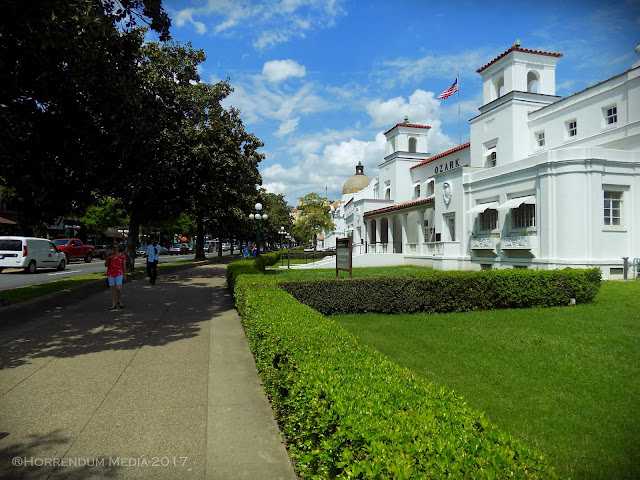 A view down Bathhouse Row. 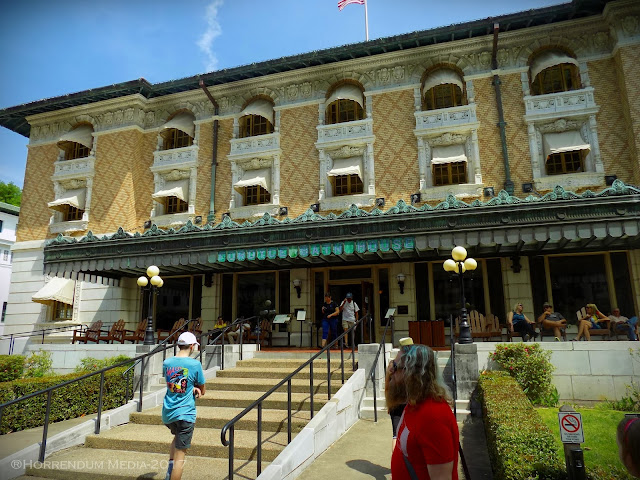 The Fordyce Bathhouse. This is now the visitor's center, and one can take a tour and watch a film, of which we did both. 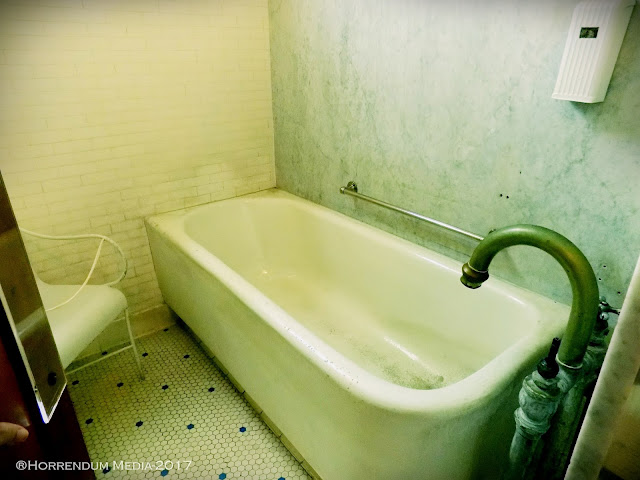 One of the old soaking tub rooms. 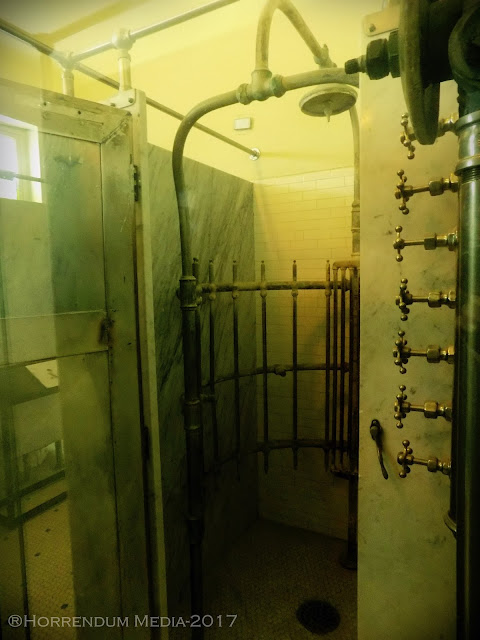 The water system inside a shower stall. 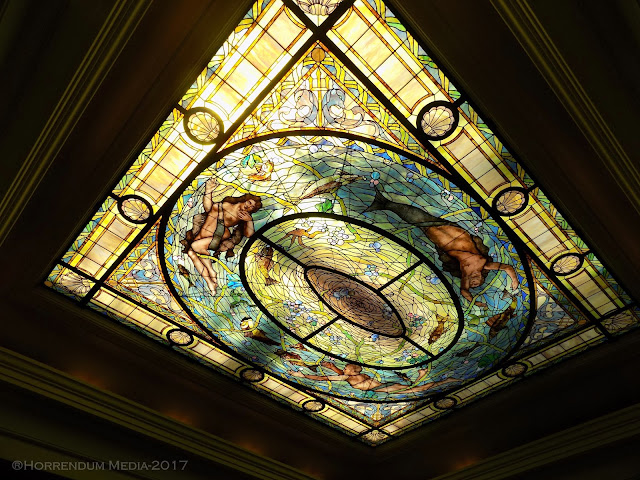 This beautiful stained glass adorned the ceiling in the Men's wing. It's gorgeous, but I noticed that the Women's wing didn't have anything other than a plain ceiling. 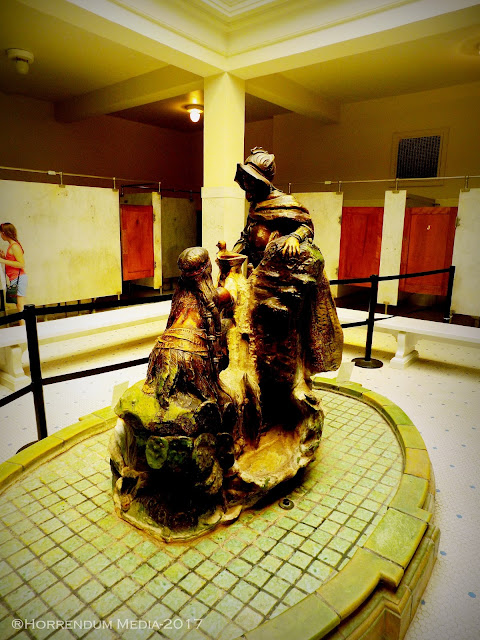 This sculpture sits directly below the stained glass ceiling. Again, nothing like this in the Women's wing! 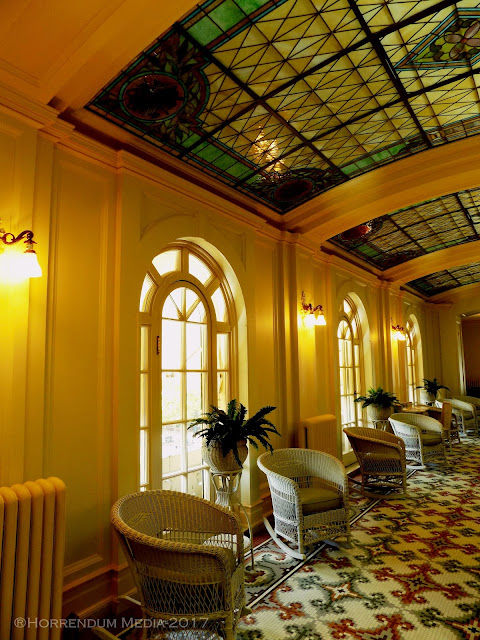 A hallway on the second floor of the Fordyce harkens back to another time with it's wicker rockers, stained glass ceilings, and ornate tile floors. 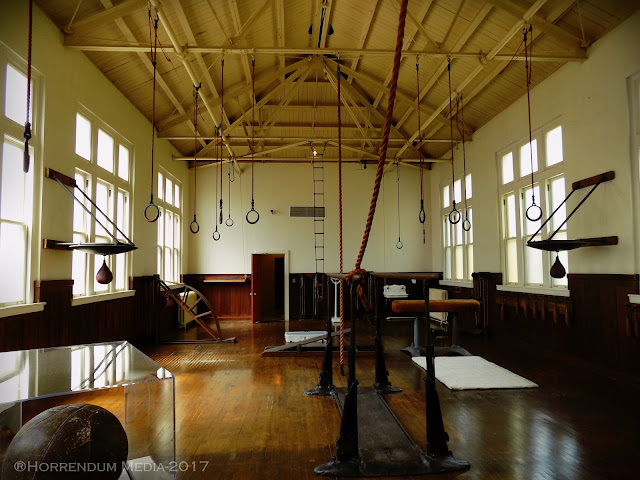 On the third floor, you can find the old gym, preserved for posterity. Just look at that old equipment.

There you have it, a small glimpse into Bathhouse Row at Hot Springs National Park. For more information, click here and here. I'll be back Friday with my second part of Hot Springs, Arkansas, so stay tuned!