This last weekend I stopped by the drugstore and grabbed a few beauty items. Here's what I got. (P.S. Don't mind the background I chose for this, I thought it would look much cuter and it really doesn't. I didn't want to start all over though, so I'll remember for next time!) 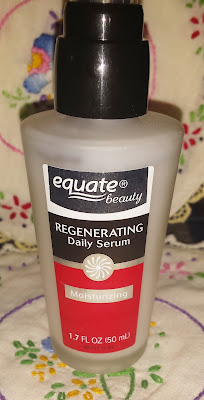 I've been going through different kinds of moisturizer/regenerating serum items for awhile. I haven't been able to find the best item, or combination thereof, so I decided to give this a try. It's the Walmart version of Olay Regenerist Serum, which is a combination of moisturizer/regenerating serum, and not quite as expensive so I thought I'd give it a try. I've been using it for a few days now, and I really like it so far. Time will tell if it's a keeper, but so far so good. 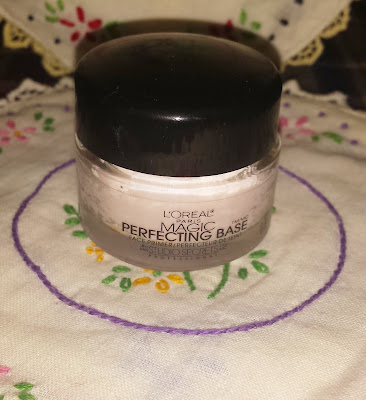 I've watched enough beauty vloggers at this point to have noticed that several of them use a face primer after their moisturizer. I use primer on my eyes before putting on eye shadow, so it makes sense right? I have to say, there's definitely an improvement in my makeup's overall appearance since I've added L'Oreal's Magic Perfecting Base face primer to my makeup routine. 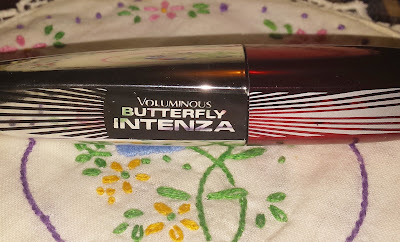 Oh the quest for the perfect mascara. Seems like I always get the dry ones, or the ones that clump way too easily. I actually did some research on this one, and this Butterfly Intenza mascara by L'Oreal seemed like a good mascara to buy. Another so far so good. It elongates nice and no clumping! It's a good thing. 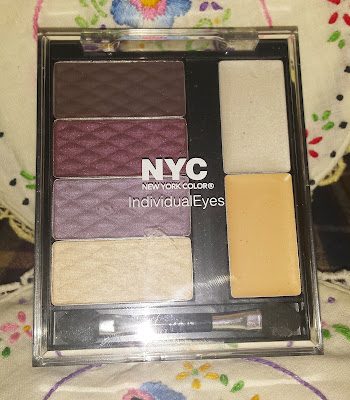 I've been a fan of NYC's eyeshadows for years. I saw this interesting set of colors and knew I had to get it. The colors are great, especially for an evening look, and if you look at my picture here on the site, you'll see me wearing all the makeup you see here in this haul!

I've had my eye on a few makeup items by Hard Candy, but had yet to purchase any. I am a fan of liquid eyeliner pens as they make putting on precision eyeliner so much easier than any other way (and more quickly too). When I saw this one by Hard Candy, I knew I had to try it. 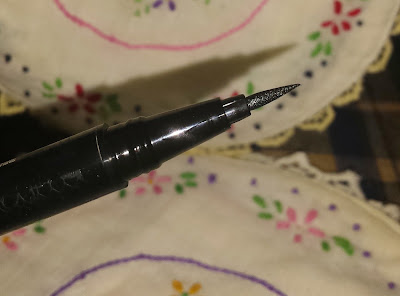 Look at that point!