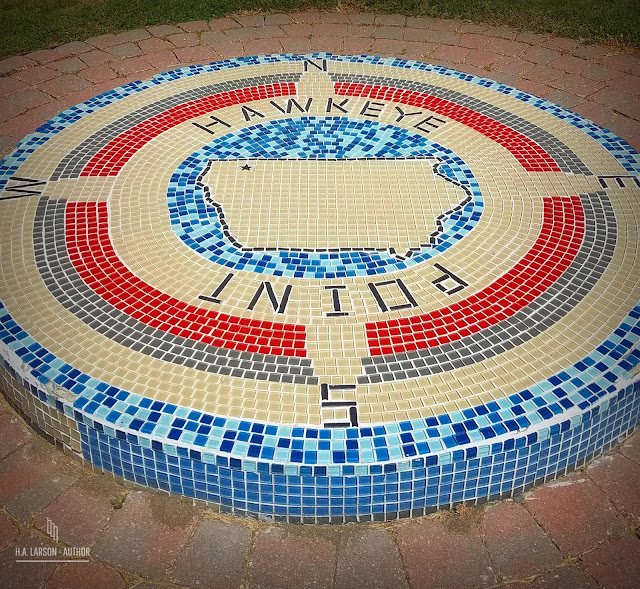 Recently, I talked about highpointing and joining the Highpointer's Club. I plan on hiking the highpoints of the lower 48 (at least to the best of my ability), and, to that end, I have hiked three of them: Black Elk Peak in South Dakota, Signal Hill on Mount Magazine in Arkansas, and as of a few weeks ago, Hawkeye Point in Iowa. Located near Sibley, roughly 20 minutes west of the Iowa Great Lakes, this highpoint is one of the more underwhelming highpoints in the U.S. You literally drive into the parking lot and walk over to this marker. 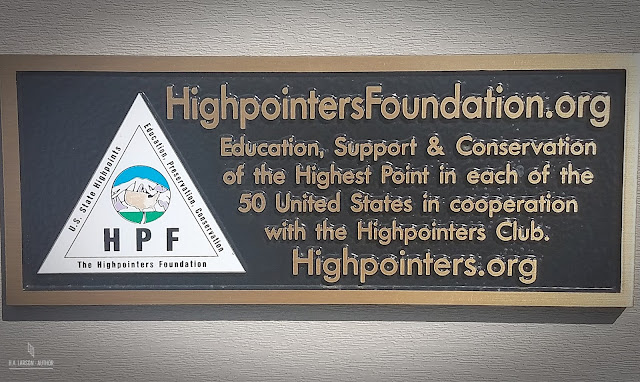 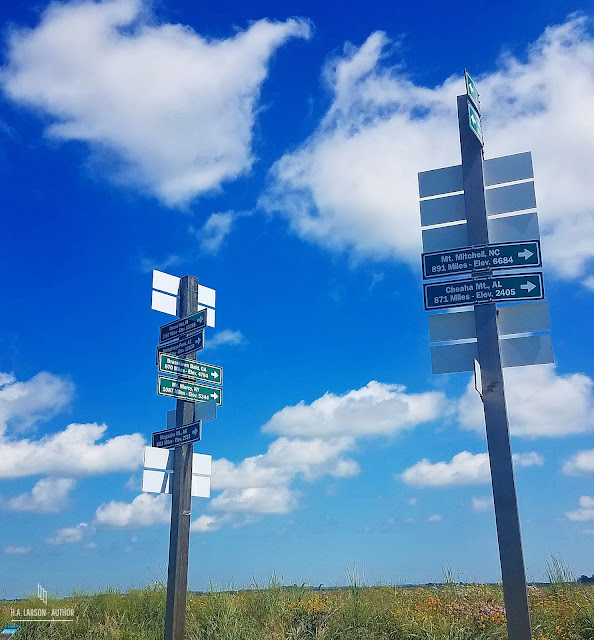 There are four of these signposts, letting one know how far the other high points in the states are, their names, and their elevation. 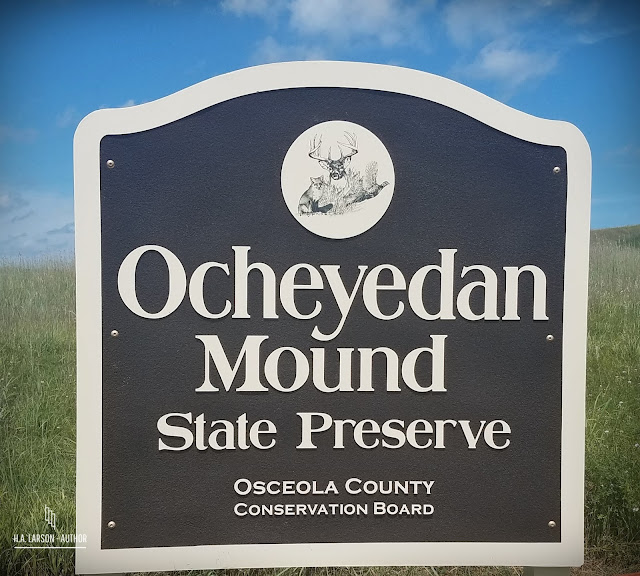 After our stop at Hawkeye Point, we drove over to Ocheyedan Mound, the location that was once considered the highest point in Iowa. 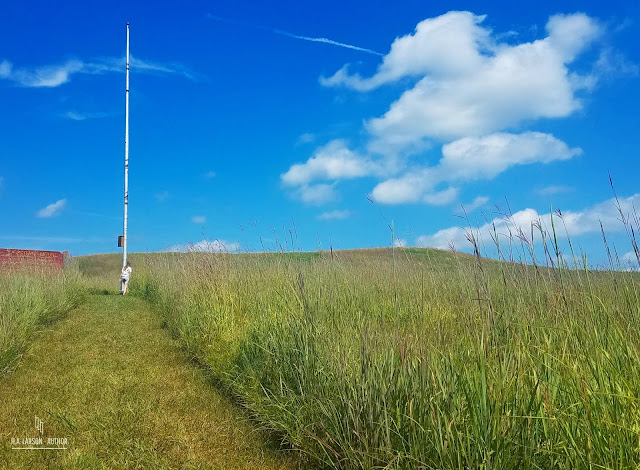 The top of the mount is in the middle just off to the right. While not a vigorous hike, by any means, I cracked jokes that we at least got to climb our Moundain (haha) for the day. 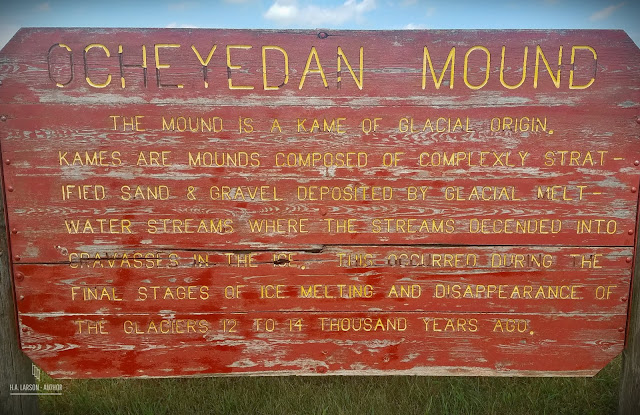 The old sign here tells one a bit about the mound. 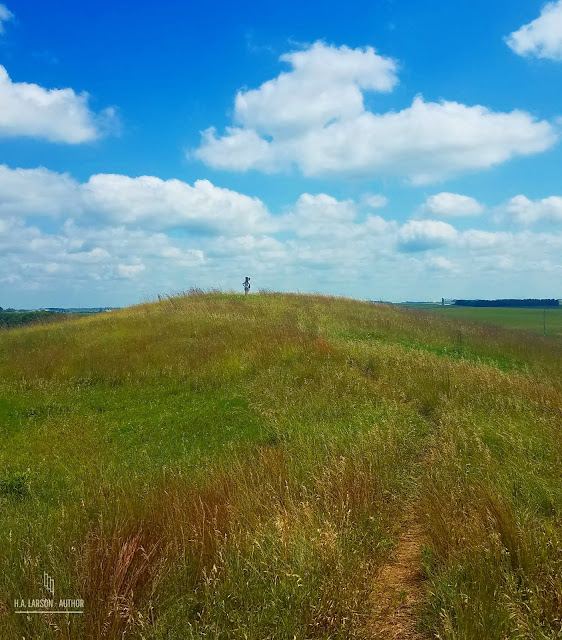 My daughter stands on top of the Mound. 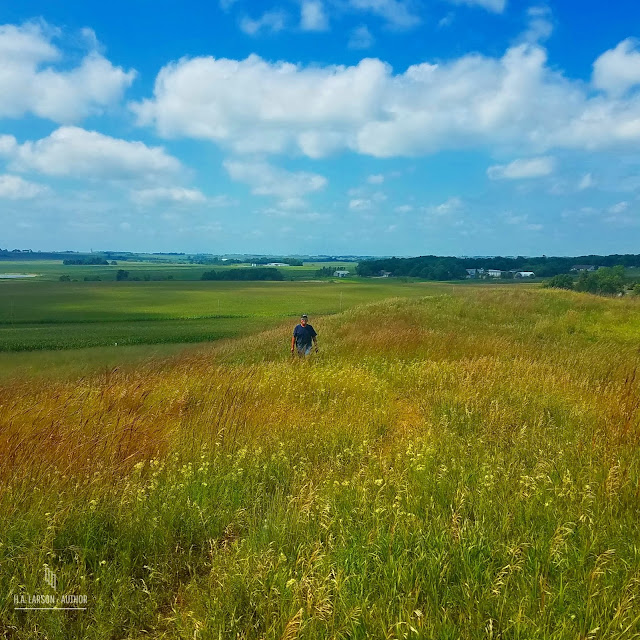 My dad walking towards me, and towards the top of the Mound. 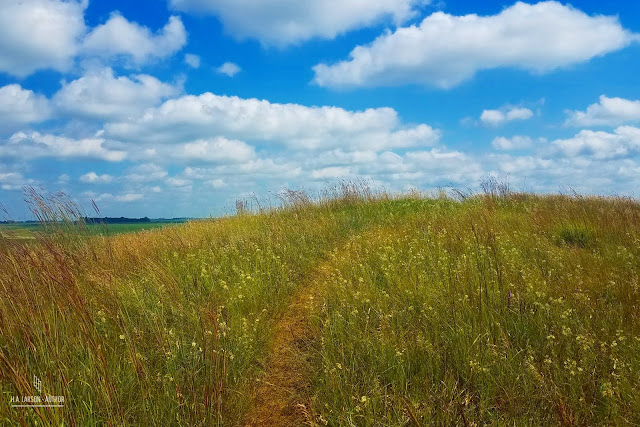 A beautiful shot of where the Earth meets the Sky. 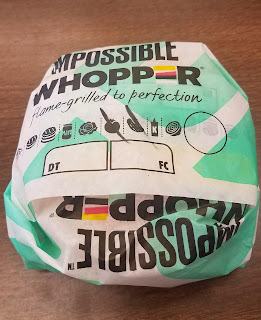 After we left the Mound, we made our way 20 minutes to the east, to the Iowa Great Lakes, and Lake Okoboji, in particular. We stopped at Burger King where I, of course, indulged in the Impossible Whopper. It's nice to have really tasty fast food options when you're plant-based like myself. BTW, these are incredibly yummy. 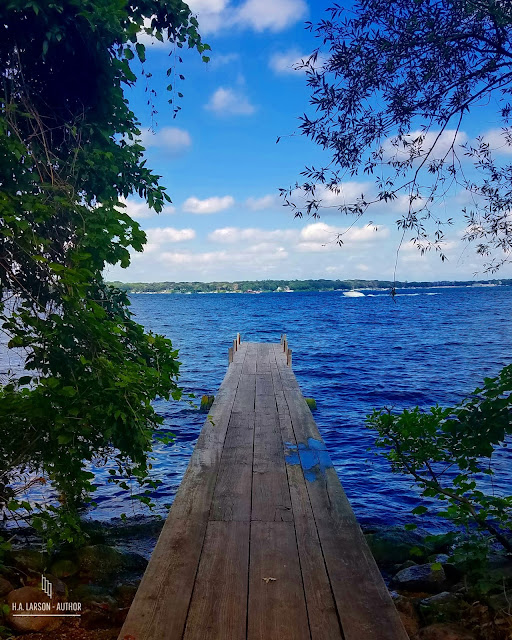 The lake was gorgeous on this breezy, sunny, perfect temperature day. 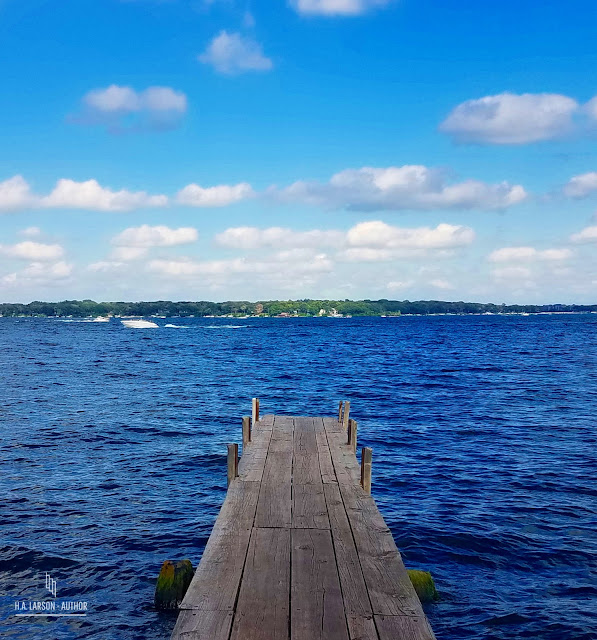 Stunning, really. I was a wee bit jealous of the people out on the lake in their boats. Next time. 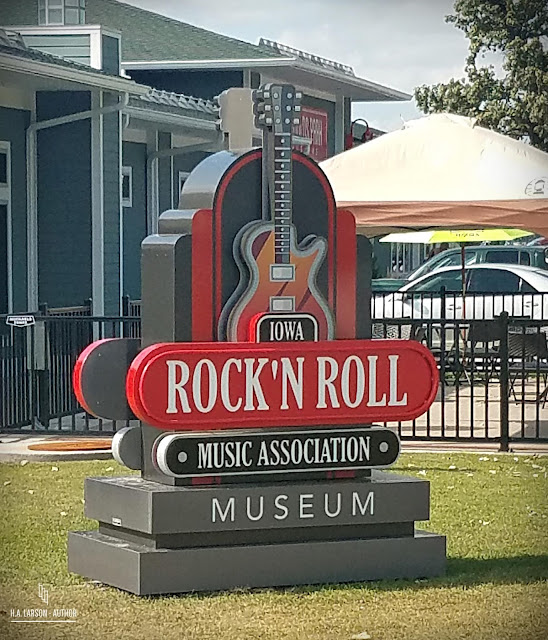 After our quick stop at the Lake, we made our way over to the Iowa Rock'N Roll Museum. Located next to Arnold's Park, this small museum was impressive. I had no idea how much Iowa contributed to rock 'n roll back in the day. 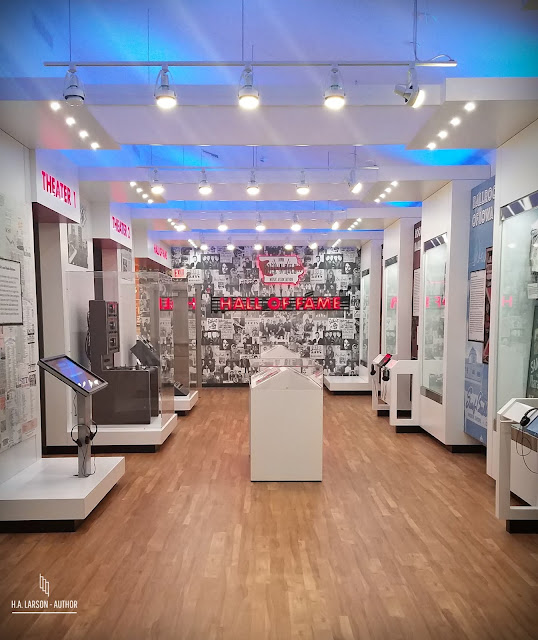 A shot down the inside of the museum. Off to the left are two different little theatre rooms that show two different films about the history of rock in Iowa, and particularly it's growth in the Okoboji area. 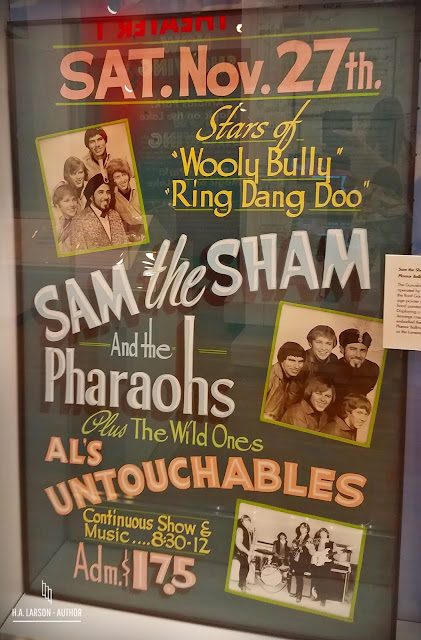 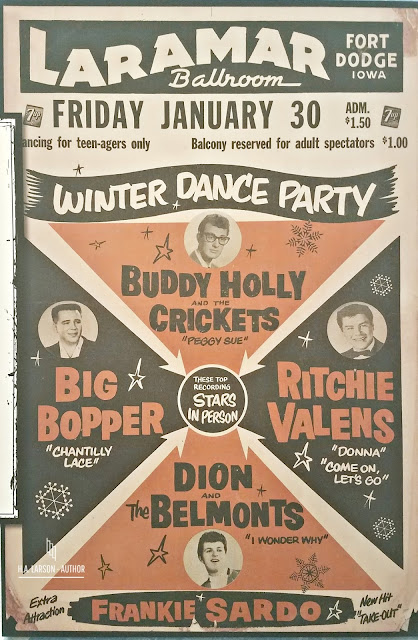 A poster from the fateful tour that saw the plane-crash death of everyone in this poster. The tragic event is always referred to as The Day the Music Died. 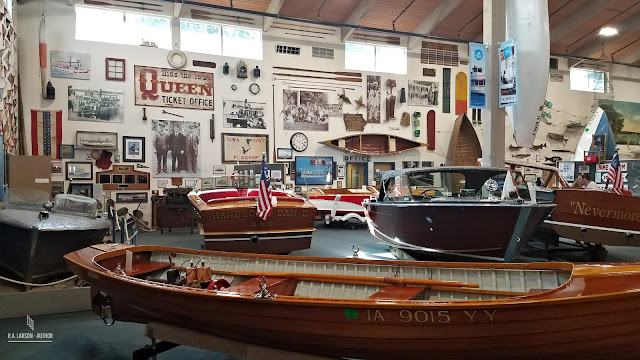 Located in the same building as the Rock'N Roll museum is the Maritime Museum. Considering that the town was built around the lakes, it makes sense that this museum is here. 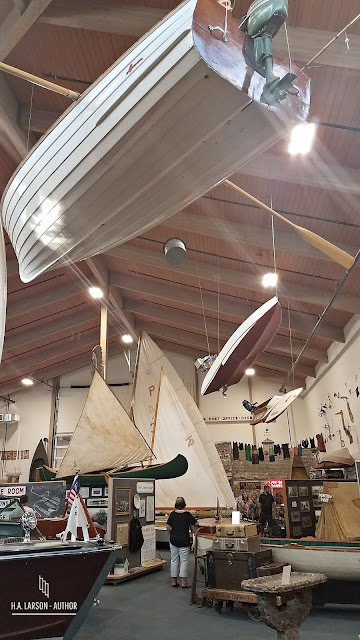 I was really impressed with the size of this museum and by just how many items they had inside. It's a free museum (for both of them) and so I'd highly recommend stopping here if you're ever in the area. 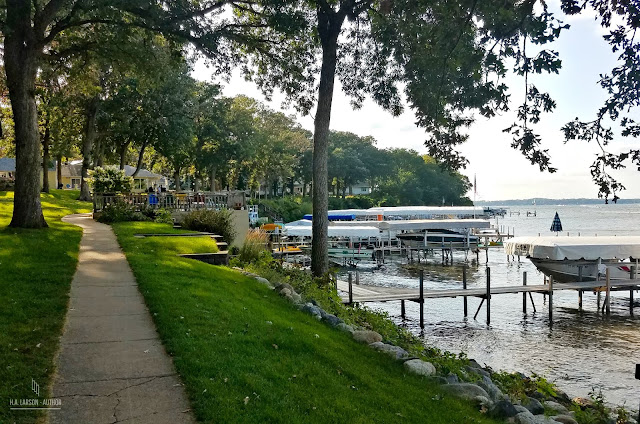 The last thing we did before leaving and heading back home was to take a walk around the lake itself. The sidewalk you see here connects the town with the lake houses here. The sidewalk eventually ends and turns into a dirt path. The dirt path is itself considered a state park. I found that interesting.

Well, we sure packed a lot into one day! This is not unusual as both my dad and myself are the same when it comes to taking day trip adventures, and when we get together, that seems to ramp up a notch. Like he says, "I'm not just going to sit around and watch tv." Same, Dad, same.

I know I was a bit late with my weekend post. Chalk it up to a three-day weekend that I was looking forward to immensely. I didn't have to travel anywhere and I didn't have any company, so I had three full days to enjoy local activities and get some things done around the house. And let's not forget about writing....I've been keeping busy with that as well. I hope your weekend was grand...mine sure was.