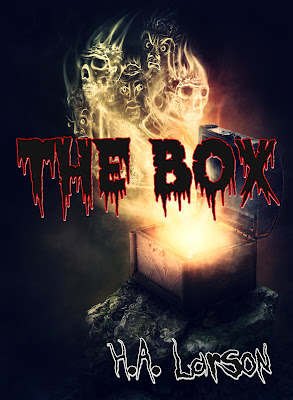 Good morning! I think it's high time you got a teaser from "The Box", right? Great, I'm glad you agree. Here you go, and if you like it, don't like it, or whatever...feel free to comment.  Thanks!

Heidi glanced down to the floor next to the edge of the bed. There was a gap between the box spring and the floor that allowed the strong morning light to penetrate. From underneath, she could see shadows flitting around. With her mouth open and her heart pounding, she got down on her knees and bent over to look under the bed. She shadows were gone, but she found a source of the humming vibration. Staring at her from under the bed was a box, not the box, but another, larger box made out of cardboard.
She pulled the cardboard box out from under the bed, and as she did so it vibrated in her hand. She held her breath as she opened the cardboard box to reveal what was within. Gran's old diary and the box. The box looked no different than it had the day before, but this time it was vibrating and humming. She picked the box up in her hands and felt mesmerized the sound it was making.
She felt the vibration begin to move up her arms from her hands, and she felt compelled to put her ear against the box. As she did, she could faintly hear what sounded like a voice. She strained harder to hear until she finally made out what was being said.
'Let me out.'
As if in a trance, she nodded solemnly. She set the old, wooden box down on Gran's bed and ran her fingers along the outside, looking for a way in. As she did, the box seemed to speak in whispers, urging her to find a way to open the box. The shadows in her periphery danced and wended their way through each other to either side of her. Even though she was completely absorbed in what she was doing, she could, for the first time, really see the shadows.