Last night was a fun night. We got to see Alice Cooper live in concert! He was great live. His backup band is composed of an incredible set of musicians, and, even though he's a year older than my dad, has no problems running around on stage. His stage show was just as cool as I'd always heard it was, and included dead nurses, pyrotechnics, and a guillotine. He played a couple of his eponymous hits, such as Poison and School's Out. 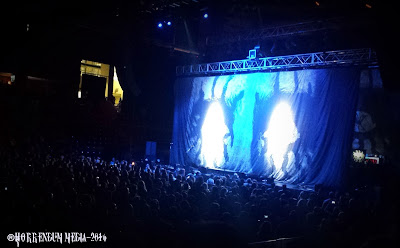 A view of the stage as we waited for Alice Cooper to come out. The drop was a painting of Cooper's face with spiders for the irises of the eyes. Unfortunately, my cell phone camera--as well as my husband's--couldn't filter out the light enough to see them. 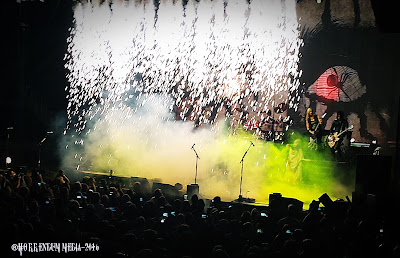 A shot of said pyrotechnics and the band. 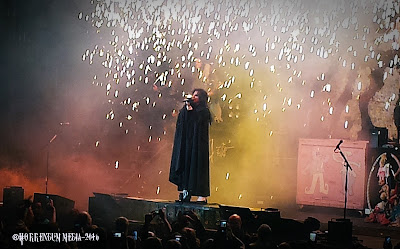 The shock-rocker in a cape. 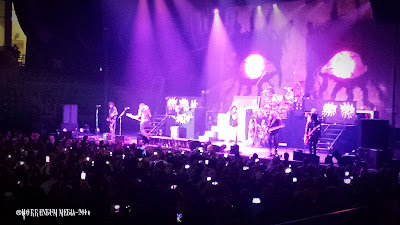 Alice Cooper in the middle, flanked by his backup band. 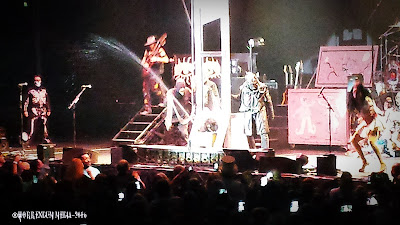 The guillotine and the dead nurse (on the right). 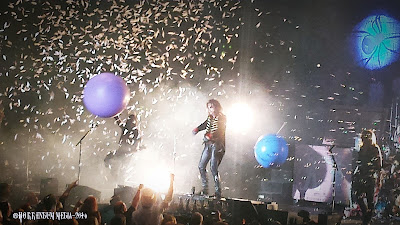 This was my clearest, best shot of the night, and it's of the man himself. I think he changed costume about four times. Very cool! 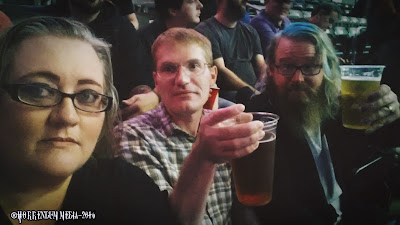 A photo of yours truly, my best friend, and my husband (the one with the beard).

If you ever get a chance, go see Alice Cooper live. He's puts on a fantastic show!