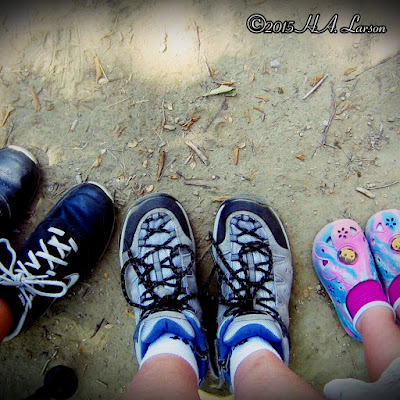 As of yesterday, I've officially been a mother for 16 years, more if you count the 10 months before that when I was pregnant. It's definitely a bittersweet moment. In some ways it feels like I've been a mom for a lifetime, but in other ways it feels like it hasn't been all that long. As the years soldier on, I find that the former becomes more true.

I've mentioned this in another post, but I had no intentions of being a mom when I discovered that I was "accidentally" pregnant in the early part of 1999. Back when I was 15, I had many 'female problems' and was told by the family doctor that I'd probably never be able to have children, and if I did, I would probably have to go through fertility treatments. Seeing that I was only 15 years old at the time, kids were the LAST thing on my mind, so it wasn't really a concern.

As the years waned on, and knowing that I wouldn't be able to have children, I had big ideas in my head of all the cool things I'd be able to do with my life sans children. I was going to get my PhD in Religious Studies, teach college, live in a big city, travel the world, and wine it up with my girlfriends.  I partied, did what I wanted, and dated at leisure.

When I was 26 I began a relationship with an older gentleman (okay, he was like 41, but that felt "older" at the time...now I know better) and after a semi-serious discussion on our first date, I realized that he wasn't going to infect me with any weird diseases, and since I couldn't have children, went ahead and forewent the usual precautions.

After a few months, I was getting ready to move to another state to continue my studies, and I broke up with the older gentleman. A few months later and a few states away, I found out I was pregnant. I was numb with shock and scared shitless. What the hell was I going to do? I didn't want a baby. I considered abortion, but decided against it. I called a lawyer's number I found in the newspaper about adoption, and after about 20 minutes of listening to him rattle off all the terms, I ended the call with a bad taste in my mouth.

I thought about it for a few weeks and came to the conclusion that maybe this was my one shot to have a child, I mean, the doctor did tell me I'd never be able to have children, so I decided to just go for it. As my baby boy grew inside of me, I began to bond with him, and all those years of thinking I never wanted to be a mom started to melt away. Now, that's not to say that everything was smooth sailing. Money of course, has never been tighter, I haven't had a decent night's sleep in years, and I had to put my dreams of being a PhD and jet-setting the world aside.

I also have to admit that it took me about three years to really warm up to being a mother, and I don't feel like I truly became a good mom until I had my daughter. It wasn't for lack of trying, I just think that a large part of the reason I never wanted to have children was that I was still very child-like myself. I'm a late bloomer compared to many of my peers, and I didn't figure out who I was until I was 40. The road then hasn't been a perfect one, but I as I look back on the last 16 years, I wouldn't change a thing.

I also look back and realize that I'm a much different person than I was in my 20s. I'm more confident and sure of myself, I know who I am, and I finally figured out what I want to be when I grow up. I no longer want to be that Religious Studies professor, and I'm still in my early 40s so there's plenty of time yet for me to accomplish great things.

My son is now a tall, handsome, smart, kind, funny, and all-around great kid. I feel lucky that I managed to do all right by him, and am eternally proud of how awesome he is. The love I have for that kid (and my daughter too) is one of the most powerful, greatest, and closet things to the divine that I will ever feel, and every time he hugs me and says, "I love you mom," my heart melts. 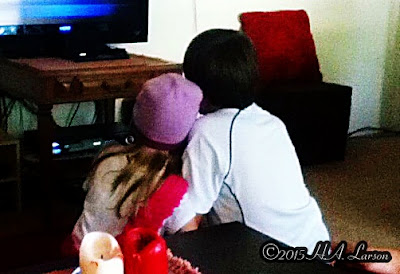