Good morning! It's another glorious Saturday, and the first day of a three-day weekend, too, I might add. I'm looking forward to some bushcrafting with Eva and grilling up a big plant-based feast tomorrow night. What are your plans for the long weekend? Let me know in the comments.

As you know from the previous handful of posts, I took my kids on an epic two-day road trip for Mother's Day weekend. We made stops at Panorama Point and the Pawnee Buttes before heading to our final destination for day one. After a good night's rest in the out-of-the-way motel, we hit the road early the next morning for the three-hour drive to Mount Sunflower. It's not a mountain at all, but rather the highest point in Kansas. Like Iowa and Nebraska's before it, this high point sits on a vista of flat plains. 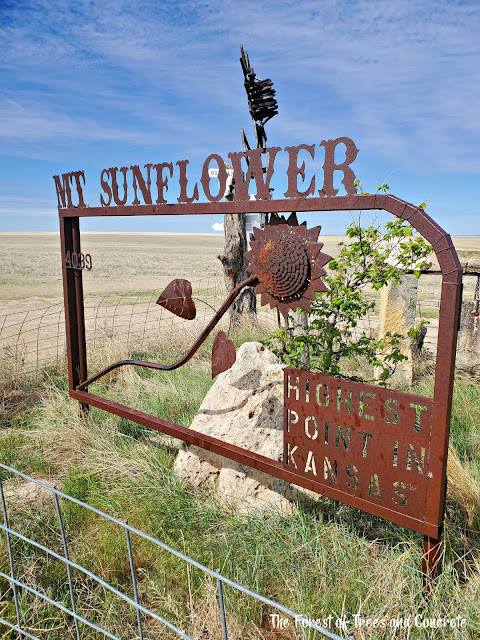 Mount Sunflower sits on private property, as several high points do, but unlike Panorama Point, it doesn't require an entrance fee. There's this fenced-in monument that was put there by the family that originally lived here and the family that lives here now. There's a mailbox with a guest book in it, and it is suggested to leave a beer for the owner. So, bear that in mind if you ever decide to visit. I happened to have a hard seltzer, so that's what I left. Ha!

About 100 feet or so from the marker, is a small shelter with a picnic table, which the kids and I sat down to eat an early lunch before our long drive back to Nebraska. There's also a small little library there, which I thought was kind of neat. 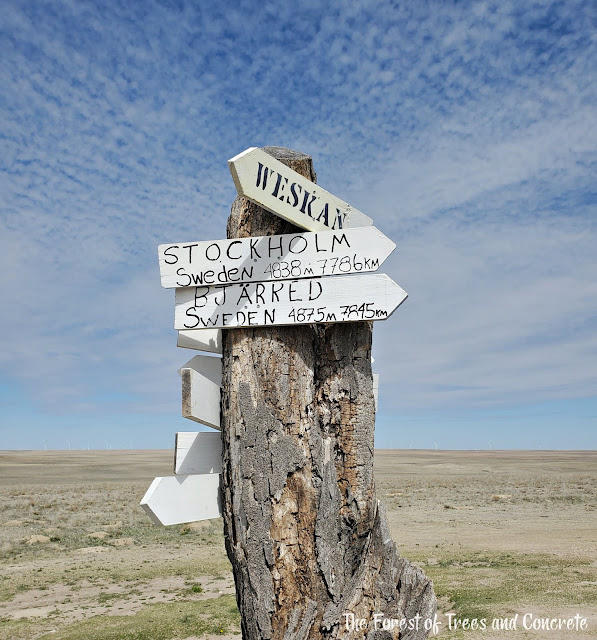 This signpost was reminiscent of Iowa's high point, Hawkeye Point, where a fun sign tells one how far away other high points are. This one doesn't tell you where other high points are, but it does point out the closest town and maybe the destination of some forefathers. I don't know for sure, so don't quote me on that. 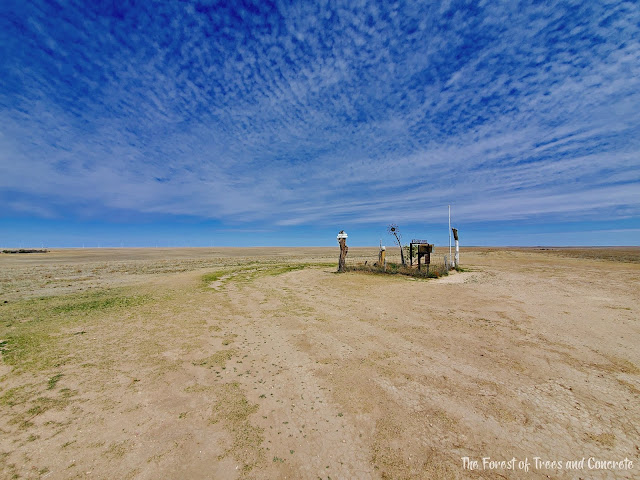 I love this shot. You can see just how massive and expansive the plains are. In the past, I've referred to the plains as just a vast amount of ugly nothing, but, really, I'm wrong. There's a quiet, silent beauty to the plains. You can see for miles and there's a feeling that if you just keep going, you'll reach the end.

At 4,039 feet, it's nearly twice as "high" as Signal Hill on Mount Magazine in Arkansas. Signal Hill was the second high point I ever went to, and it actually sits on a mountain in the Ozarks...yet it's nearly half the elevation of Mount Sunflower. It just goes to show how much the earth is different in different places. Mount Sunflower makes highpoint 5/48 for me.

Coming up, I'll be sharing one final post from this trip and some new posts with some new exciting things that are happening in my world. I hope you'll join me. Until then, have a great weekend!