Anyone who knows me knows how much of a Roman history buff I am. I mean, how can you not find fascinating one of the greatest empires the world has ever seen? Their influence and architecture are still prevalent to this day.

From 117 - 138 C.E., the Emperor of Rome was Publius Aelius Hadrianus Augustus, also known simply as Hadrian. Two of the things that set Hadrian apart from his predecessors were his extensive travels of the empire and his desire to secure the Empire's borders as opposed to expanding it. 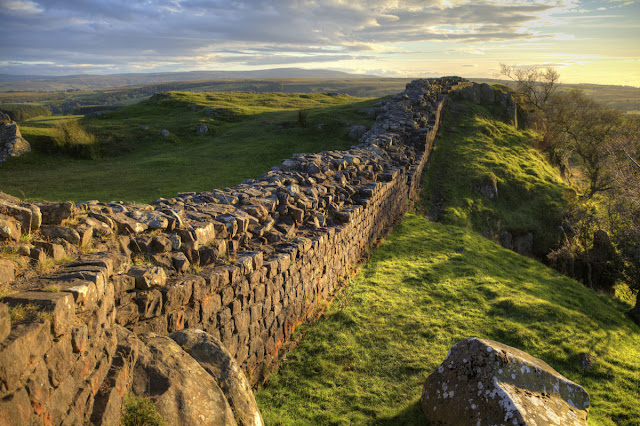 One of his building projects during his reign was the construction of Hadrian's Wall in England. While there is no concrete answer as to why Hadrian built the wall, I'd like to think it was part of his defense over expansion policy. The Britons were a constant thorn in Rome's side, and since this part of the Empire lay well beyond the city of Rome, it was a good way to help defend the Empire's border.

My fascination with Roman history goes pretty deep, so when a friend of mine tagged me in a unique post on Facebook a while back, I couldn't resist. The post? The Conqueror Virtual Challenges' Hadrian's Wall. What, pray tell, is that? Well, The Conqueror is an online company specializing in virtual challenges that you put miles in for. Basically, you sign up for one of a handful of challenges from the Inca Trail through the Appalachian Trail, decide how long it will take you to complete the equivalent-to miles, and then you walk/hike/bike/etc and log it every day. When you've completed the challenge, you receive a medal.* Hadrian's Wall is 90 miles, so I decided that since I walk an average of 100 miles a month that it would take me four weeks (28 days). Well, I completed mine in 21 days and they shipped my medal a few weeks later. 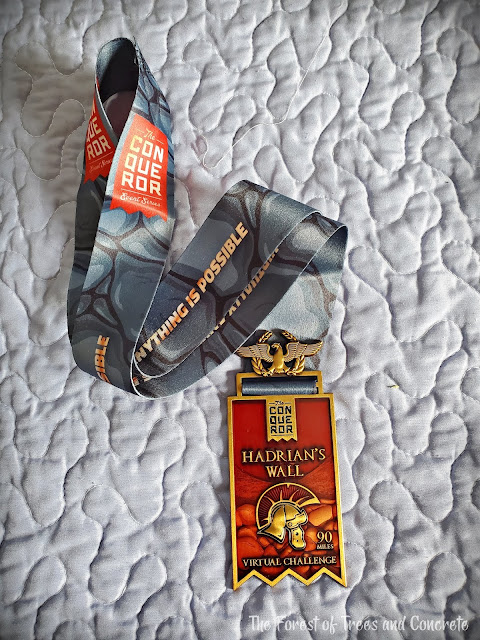 It's made of solid medal and it looks cool. 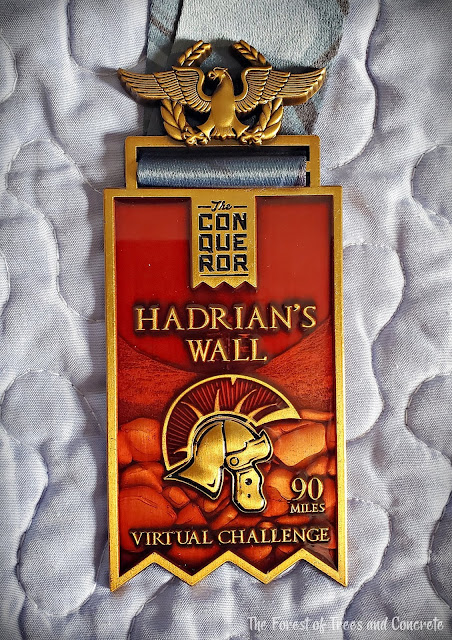 The top of the medal is adorned with the Roman Standard while the medal itself shows a Roman warrior helmet and wall rock.

As a walker and a Roman history buff, this was something fun to do. They also give you a certificate of completion you can print off, and the app on your phone allows you to see your progress on a real-time map. If you're already a walker/runner/hiker, or would simply like some motivation to get out there and get some exercise, this is something you should consider. I'm thinking of taking on the Appalachian Trail next, but it's going to take me quite a bit longer!

*This does cost some money, so make sure you decide which option is right for you first.