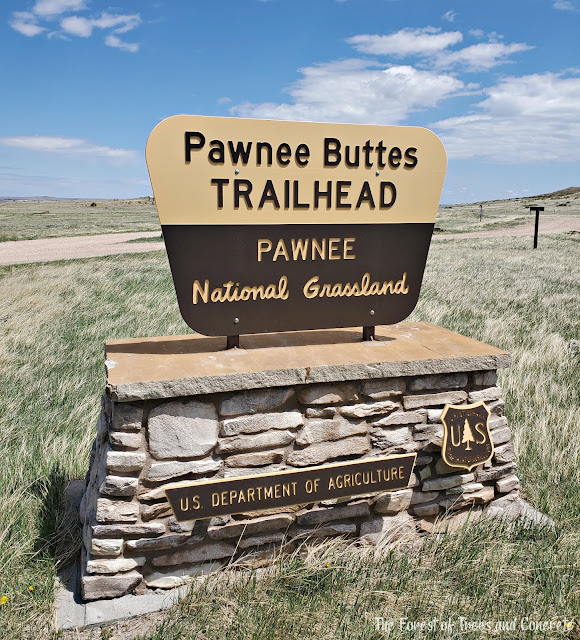 After we left Panorama Point, we headed directly south into Colorado and into the Pawnee Grasslands. I picked a stop here because it looked like an interesting place to break up the long trip and stretch out our legs. It was also relatively close to the place we were going to stay for the night.

The Pawnee Grasslands are comprised of two large parcels of land, over 190,000 acres in all, and are covered in short grass in two types of soil. We were in the eastern parcel of the Grasslands, and our destination? The Pawnee Buttes.


The Buttes are the remnants of the High Plains that have slowly eroded away, revealing stark rises in the landscape. There are a couple of trails that lead to the Buttes, but one of them - the shorter one by the Bluffs - was closed off this time of the year to let falcons, eagles, and hawks safely nest there. 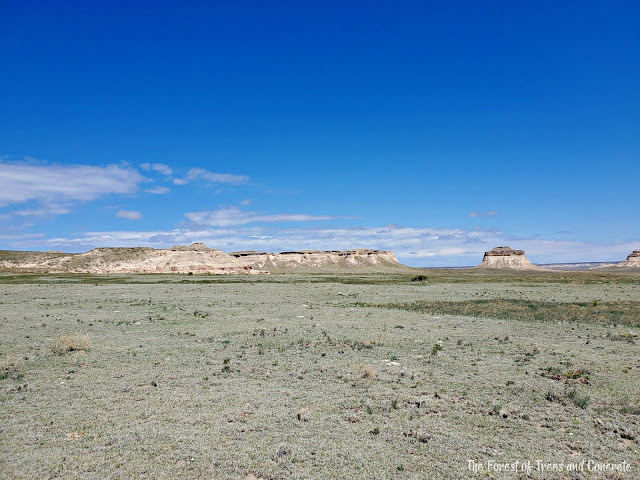 To the right, you can see the Buttes while to the left are the Lips Bluff and the Overlook Bluff. Scenic and gorgeous in their own right, one must pass through the Bluffs to get to the Buttes. 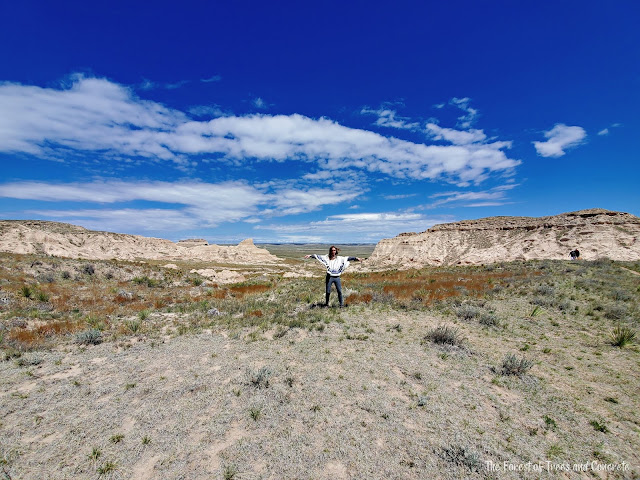 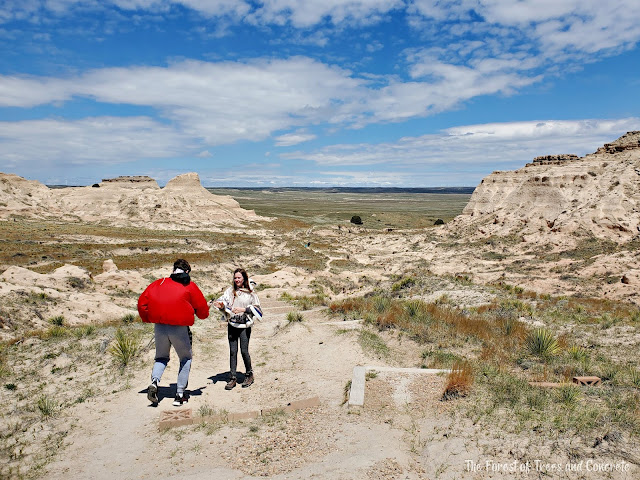 William, my son, and Eva stop for a moment before descending the trail that leads down between the Bluffs and towards the Buttes. 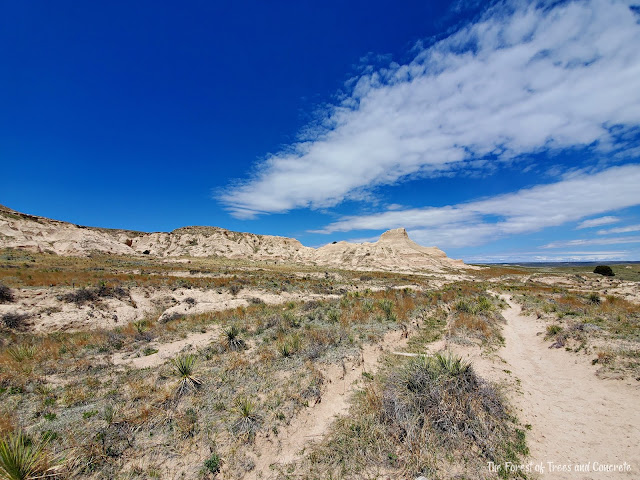 A view as we glance back at the Bluffs behind us. 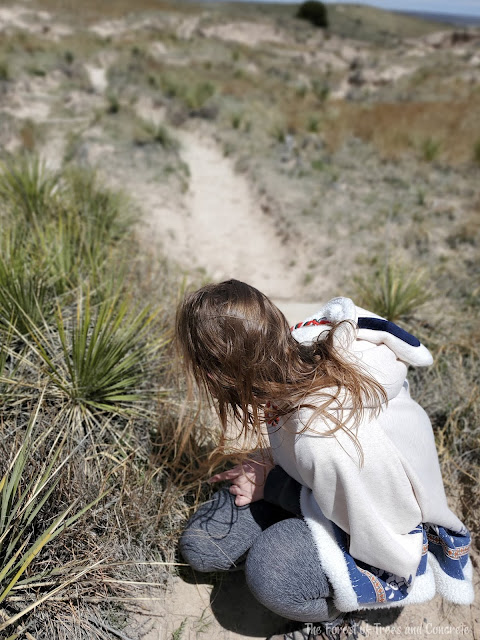 Eva loves all manner of plants and animals, so she stopped to admire the small soapweed that is prevalent in this area. I've been learning more about vegetation and geology as I've grown a greater interest in it. 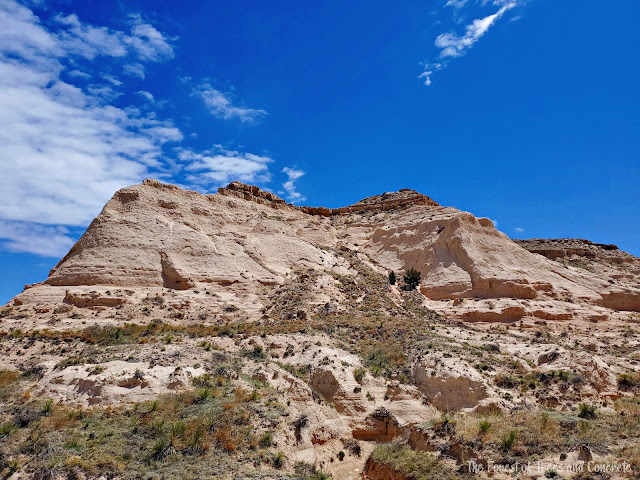 The bluffs completely surrounded us as we passed through them, and they were quite grand. 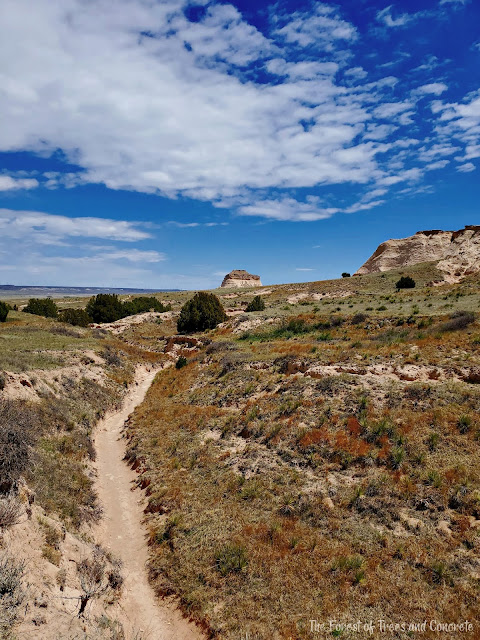 This dried-up arroyo makes up part of the trail that leads to the Buttes. 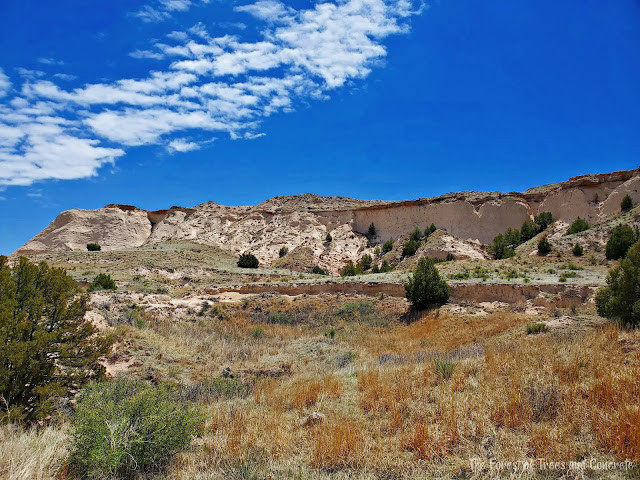 It was very windy this day and the clouds came and went, changing our view of the landscape as we moved ever closer to the Buttes. 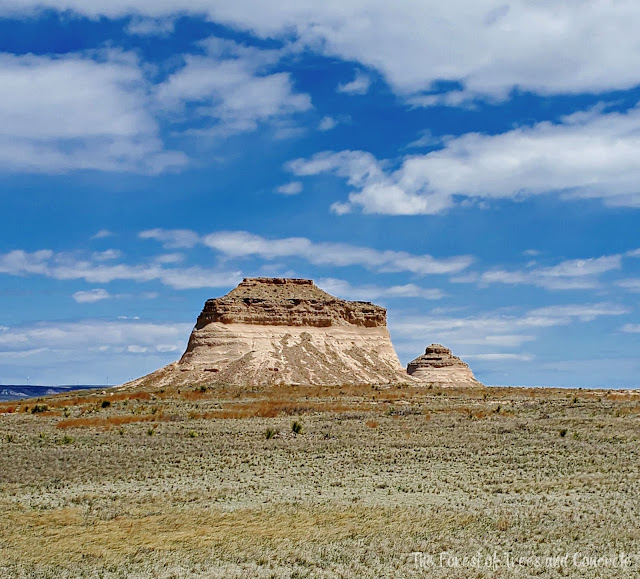 A more prominent view of the Buttes as we gained ground on them. The Western Butte is the closest one while the Eastern Butte is offset in the background. 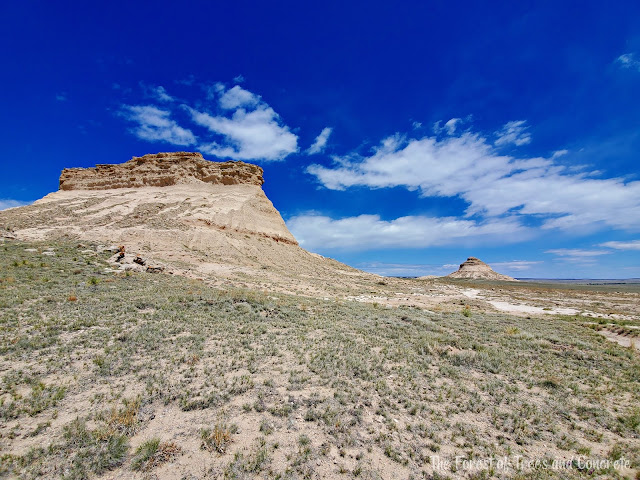 The closer we got to the Buttes, the more easily their layers could be seen. One can only imagine all the millions of years that are represented in the soil of the Buttes that were once part of the mighty High Plains. 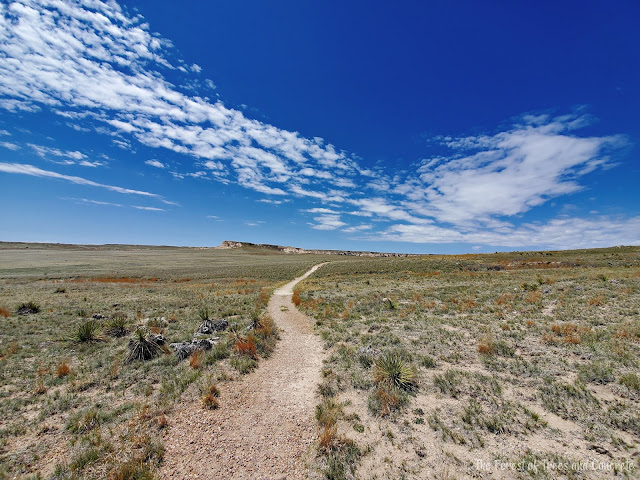 A view back towards the Bluffs. 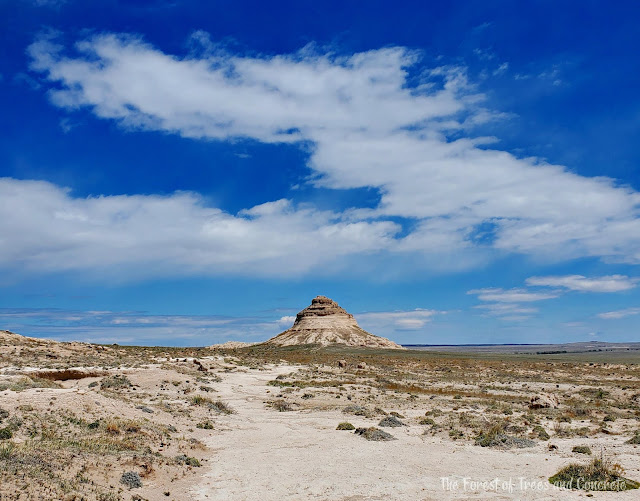 While the Western Butte sits on the Pawnee Grasslands, the Eastern Butte sits on private property and a sign designated that fact along with a notice to respect the property owner's land. While Eva and I were quite close to the Eastern Butte, William had had it with the wind and insisted we turn back. While I didn't really want to, I could tell how over it all he was, so we respected his wishes and made the three-mile trip back. 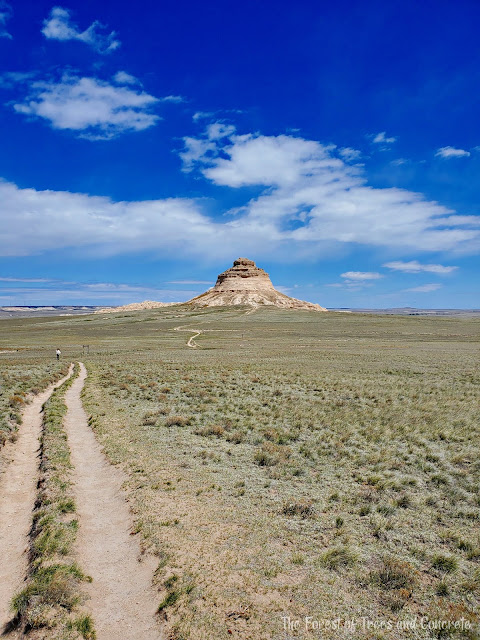 You can see Eva in the distance near the sign that lets visitors know they're entering private property. This is also where we turned around. I'd like to come back and take the trail all the way to the Eastern Butte. Next time, Pawnee Grasslands, next time.

While I expected a nice, easy hike to a neat geological site through some grasslands, I wasn't expecting the whole place to be quite so awe-inspiring. It was grander and more beautiful than I had anticipated. When this happens, and it rarely seems to, I end up having a much better time than I hope. Such was the case at the Pawnee Buttes and the Pawnee Grasslands. It's a landscape that is foreign to us in my neck of the woods so it afforded us a chance to investigate and explore something different and unique. Combine that with the wide-open spaces juxtaposed against the contrast of the rising Buttes and Bluffs, and it was an experience we'll never forget. You can truly see the changes in the land as it inclines its way from the plains to the mountains.

If you ever get the chance to go through the Pawnee Grasslands, stop and explore the Buttes for a few hours. You won't be disappointed.