A little over three years ago, I did an investigation of local Elk City Cemetery. As is the case with cemeteries I have investigated in the past, my M.O. is to spend about half an hour gathering and documenting information. If I find anything, then I plan on doing a longer, more thorough investigation. This is exactly what I did in early October of this year. On a Saturday night with my friend Jayne and our daughters, we spent some time making videos and taking pictures. 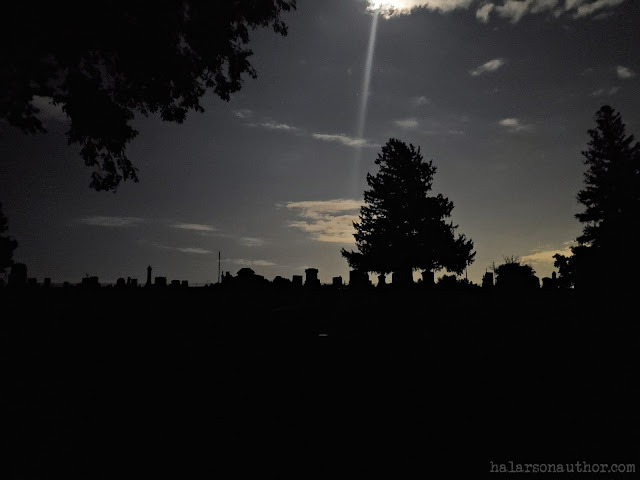 There was a nearly full moon out making for some really cool photos. We didn't even need to use flashlights like we do during any other paranormal investigation. 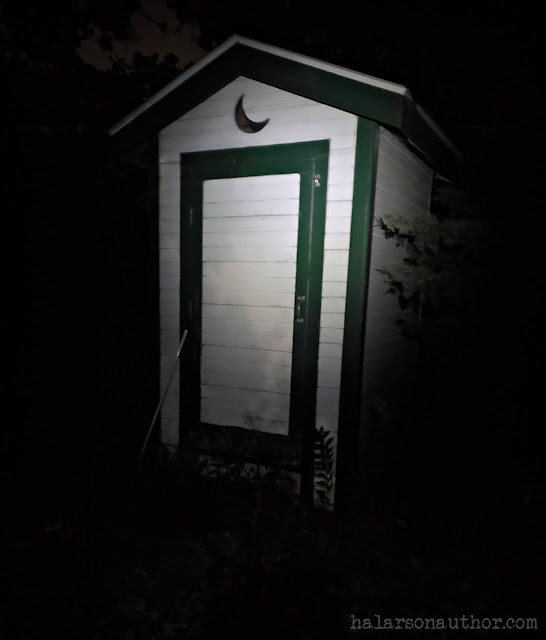 I assumed this was a caretaker's shed, but in looking at the crescent moon at the top, this looks more like an old outhouse. Either way, it was donated at some point in time according to the plaque on the side. 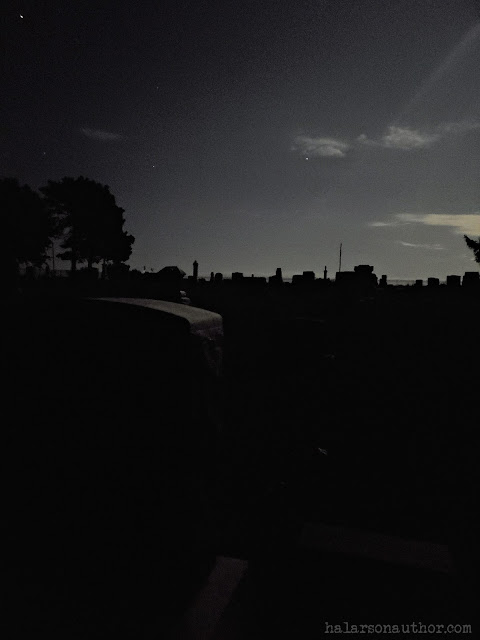 If you'll remember from my last investigation here, just down the gravel road - about a 1/4 mile I would say - is a church and a town hall. On this night, there seemed to be a wedding or other major event going on there as there were a handful of RVs and a bunch of people making noise. 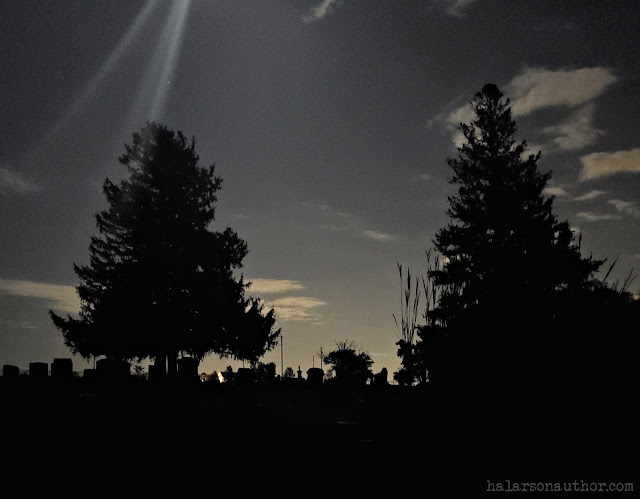 On top of that, a drunk gentleman was walking up and down the gravel road between there and the cemetery while talking loudly on his phone. Combine that with an unusual amount of cars driving on this normally quiet road, and it made for a lot of noise pollution. 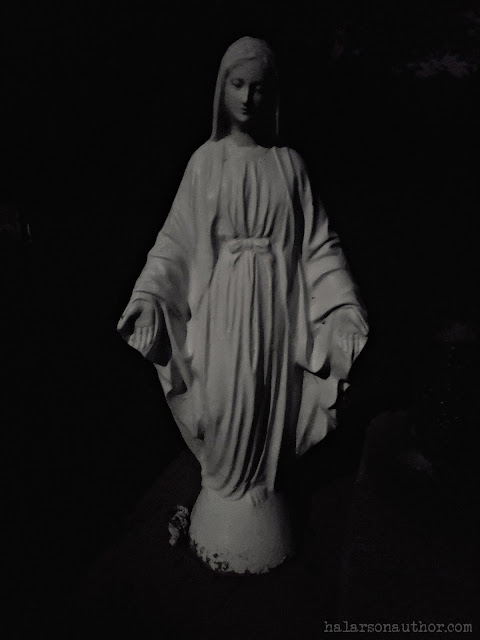 This Virgin Mary statue was ethereal-looking in the moonlight. 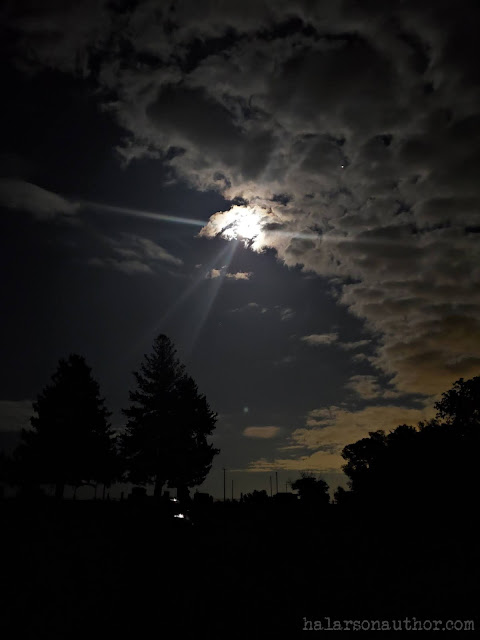 My trusty EVP recorder died awhile back so I had to use my phone to merely take videos. This, in conjunction with the aforementioned noise pollution, and I didn't capture (at least that I could detect) any evidence. This was a disappointment, for sure, as I had gotten so much EVP evidence in a short amount of time the last time I was here.
I'm not giving up, though, because I know what this place has: ghosts. I'm going to invest in a new EVP recorder and come back out here again when there's not so much activity going on around the cemetery.
Here's to hoping your weekend is great! And congrats to Felicity for winning my Ipsy giveaway! I popped that in the mail and it's on its way.
Labels: Ghosts & the Paranormal