In Search of a Camera 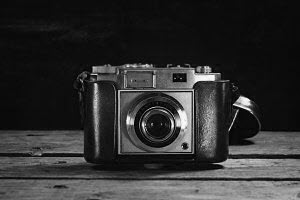 For years I wanted a nice camera. Not a "pocket" camera but a real camera that I could take good photographs with. Every year for my birthday and for Christmas, my folks give me Amazon gift cards, so during the 2016 holiday season, I made up my mind to use my yearly gift cards to buy a camera. I did some research and bought myself a nice Nikon Coolpix camera. I was very excited when it arrived at my doorstep and I've spent the last few years taking good pictures with it.

Then, something happened. No, I didn't drop my camera in a river or off a precipice - which wouldn't be out of the realm of possibility in my world - but rather a mundane event changed my view of my camera. What was this mundane event? I dropped my old phone (a Samsung Galaxy S4 haha) and cracked the screen which caused my screen to go black. This prompted me to purchase a new phone: the Samsung Galaxy S7.

One of the things I wasn't expecting with my new smartphone was how great the camera would be. After owning the phone for a handful of months now, I've come to the realization that my S7 takes superior photos to my Nikon. While it doesn't have the ability to zoom in for several miles, the quality of the photographs is so much better with my S7, that I've simply quit using my Nikon. This means I only take photos now on my phone.

For the most part, this suits me well as I tend to carry my phone with me everywhere, even while hiking, but there are times when a good quality, regular camera is preferred. I have done some research, however, and I think part of my camera issue is my budget. If I had more than $1000 to spend (HA!) on a camera, I could buy one that takes great quality photos. Unfortunately, my budget is more like $200-300. My task, then, is to find a quality camera for my price range - or at least close enough for me to start saving for the extra.

I will take all the suggestions I can get! Let me know in the comments.