With all the hours I've been working lately, I've barely seen my children, and I've missed them. Yesterday, since Mondays are my days off, I decided to give my daughter a 'mental health day' off from school and have a mother-daughter day. We went out for breakfast, made a stop at the drugstore for a few items, prepared her valentines for her Valentine's Day party at school, and then we took a trip out to the Strategic Air and Space Museum. They had a science exhibit, and since it was Monday, we were only a few in a handful of people that were there. My daughter loves science, and as we began walking towards the building, she grabbed my hand and said, "C'mon mom! Science is waiting!" It was a perfect day.

This was a great snapshot I took on the way back home. The black and white contrasts of Winter sometimes are really appealing. 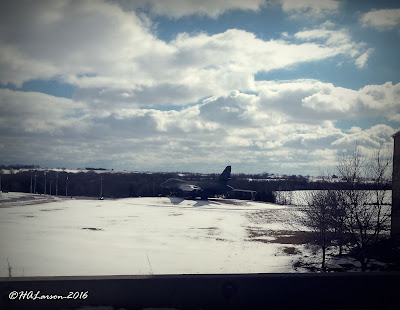 The big plane that sits near the road by the SASM. 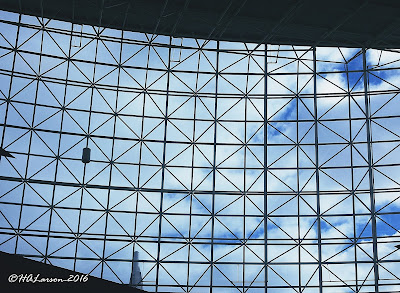 A view of the glass-paned walls of the museum. It's an impressive sight from the lobby and is 'watched over' by a massive fighter plane that you cannot fit into one shot. 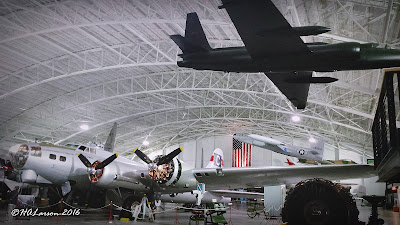 Hangar B of the museum. As you can see, it's very large as it holds many planes, satellites, cockpits, and various other interesting items. There is a Hangar A as well. 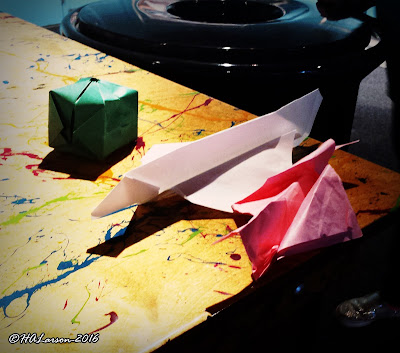 In the science exhibit, they had many different stations and the theme was how art can help us understand math and science. Here are some origami pieces that my daughter and I tried our hand at. It was fun, even if they were hard to make. 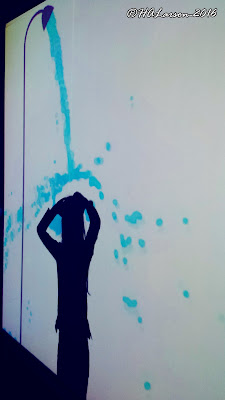 This station was a fun water projection on a screen. You would stand there and the projection sensed your movements and acted accordingly. It was my daughter's favorite thing. 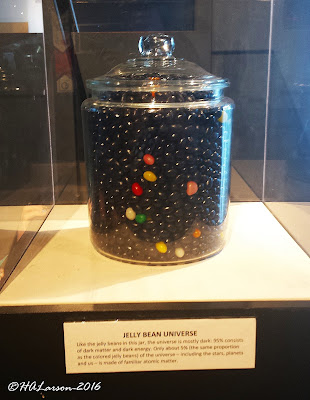 Jelly Bean Universe. Using jelly beans, this aims to show how the universe is 95% dark matter. The colored jelly beans show the other 5%.