Saying Yes to Everything 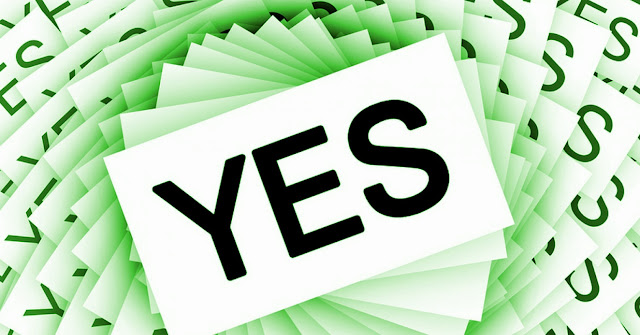 Early this summer, I really began to notice how many things I was avoiding....err, evading. Sometimes when we get stuck in a rut and just aren't feeling ourselves, it's easy to avoid doing things. I realized that I was probably missing out on some fun and just making things worse than better. I decided that I would just start saying yes to everything (within reason) for a while.
It started with an invitation. An invitation by my best friend to go to his niece's wedding. At the time he asked, I was more than willing to go, but by the time the day actually came, I was thinking up a good excuse to get out of it. A few hours before we were set to leave, I thought about how many times I was in this exact situation and told myself that it was ridiculous how often I would make up excuses to avoid things like this. So, I told myself, "H.A., you're going to shower, put on some damn makeup and a nice outfit, and go." And you know what? I ended up having a great time! It felt good to get out on a Saturday night all dressed up, have a good meal, catch up with old friends, and dance the night away.
It set in motion this thought that I just needed to start saying "yes" to things. The next weekend I went up to visit my dad, returning home on a Sunday afternoon. All I really wanted to do was lay on my couch and watch YouTube videos. Another friend texted me and asked if I wanted to come over. I first said "no" and used the excuse that I'd been gone all weekend and wanted to relax. She pushed, just a little bit, asking me to come over for just a short while. I remembered how I needed to start saying "yes" to things so I told her, "You know what? Yes, I'll be over shortly." We ended up having a few glasses of wine on her patio. It was a lovely evening of good conversation and a surprise fireworks show that we could see decently from our chairs.
Since then, I've said "yes" to many things that I normally would have excused myself from and, you know what, it's been fantastic. I didn't realize how much I had withdrawn from the world or how deeply this had affected me mentally. This experience has brought me back out of my shell and I have fallen back in love with life - something I desperately needed.
"Life is an adventure, meant to be lived to the fullest." - someone's bio on Instagram
Labels: Musings