My FIRE Journey: Paying off my Other Debt 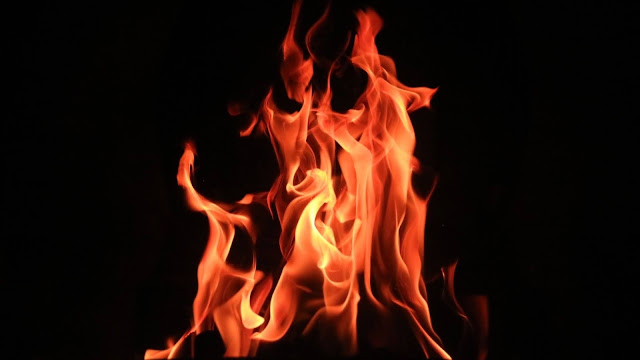 Now that I'm all settled and have a bunch of debt paid off, I figured it was time to start aggressively working on paying off my student loans. Granted, I do have a loan on a new car that I got a few months ago, but I'm already on track to pay it off in half the loan life. So, what's my plan for these loans?
Well, quite simply, I picked up a second job again. When I was paying off my other debt last year into earlier this year, I worked four nights a week in a grocery store. It was grueling work for little pay and I quit as soon as I was able. My original plan was to work there until I had my student loans paid off. However, working a difficult job for four nights a week on top of a full-time job proved to be too much. I was utterly exhausted and it was beginning to show in my performance at my full-time job. Since student loans and their interest were on pause (and still are) because of the pandemic, I quit after everything else was paid off.
Now, though, I'm looking at the future. My student loan payments will start up again in February and the payment that I've been making for many years will ensure that I won't have these loans paid off during my lifetime. I started, then, thinking about working a second job again, but I knew I didn't want to work another grueling job for so little pay for so many nights a week. I decided that I should find a part-time job I only had to work two nights a week and make at the least the same, if not more, money than I made at the old part-time job.
Many moons ago, I was a waitress and I remembered how much money I made after tips. Since restaurants are so short-staffed, I figured it wouldn't be difficult to find a waitressing job for the hours I wanted. Sure enough, I did a search, applied at a few places, got an interview for the next day, and was hired on the spot. I made it very clear I only wanted to work two shifts a week and the manager was more than agreeable. I had to train for a few weeks so I agreed to work extra days for those two weeks so it wouldn't take a month to get me trained - which is why the blog has been quiet for a few weeks.
If I can make what the waitresses that I trained with make, paying off my student loans should be a breeze. This is especially true right now, as student loans, as well as their interest, are on pause through the end of January. This means that every cent I pay towards my student loans through that time will all go towards the principal. My plan, then, is to put all my tips towards paying off student loans and my puny hourly wage will pad my emergency fund.
But, HA, what about your car loan? Well, typically I would recommend paying your smaller debts off first and then applying what you paid on the smaller ones towards your bigger ones as they get paid off. This is called the Snowball Effect and it's exactly the strategy I used to pay off my other debt. In this case, however, I'm going to work on paying off both simultaneously.
One, I really want to aggressively pay off my student loans because I'm tired of them on my back. Not having to pay interest for the next three months is also a motivating factor right now as I can really crush the principal balance for the new few months.
Two, I'm already paying off my car loan in a quicker manner. How so? Well, by simply making two payments a month. I rounded my monthly payment up to the next ten spot and instead of making one monthly payment, I pay half and half. Since I get paid every two weeks, I pay half one paycheck and half the next during the month before it's due. If you've never employed this strategy, you should start. Paying your car loan in this manner shaves off the amount of interest you pay and, since bi-weekly people get two months of three paychecks each year, you end up making an extra payment each year. Believe it or not, this method can cut the time it takes you to pay off your car by half!
By my own calculations, I should have my car paid off in 2.5 years, and my student loans in 3.5 years. I will definitely keep you updated on my progress!
I'm heading out of town this weekend for a fun weekender trip, so keep your eyes out for a relevant post soon. I also started watching my Shocktober! movies and I can't wait to share them with you around Halloween!
Have a great weekend.
Labels: Financial Fitness