My FIRE Journey: How I Paid Off over 20k in Debt 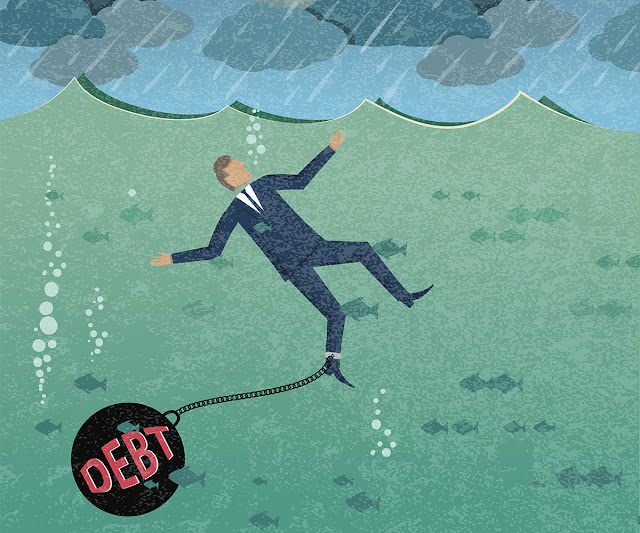 If you have ever been in debt, or are currently in debt, you know how it can often feel like you're drowning. I was drowning in January of last year when I knew I wanted to get divorced and had to sit down and figure out the financial reality of that. What I discovered was that I had more debt than I should. Dejected, I knew I couldn't go out into the world as a single mom with all that debt, so I hatched a plan to pay it off and stay debt-free.
Here's what I did, in order:
1. The first thing I did was to consolidate my credit card debt. I got a loan that had a significantly lower interest rate than my credit cards, and I used that loan to pay off the cards. Not only was I saving a boatload in interest, but it was easier and convenient to make one lone payment each month. Unfortunately, I had to use a couple of my cards again for a couple of major car repairs and things of that nature, so I still accumulated some credit card debt after.
2. I made higher than the minimum payment on every debt I had. In some cases, it wasn't much, but every little bit helped. For instance, if I had a minimum card payment of $35, I would make $100 payments. This way you save on interest and pay things off quicker.
3. We didn't get anything in the way of an income tax refund, so I applied both sets of stimulus money (from Covid relief) we received to pay towards debt. We (my ex-husband and I) were both fortunate enough to continue to work our jobs from home, so we didn't need the stimulus to pay our everyday expenses. We used it, then, for this purpose as well. However, if I had received an income tax refund, every cent would have been thrown at debt.
4. By August, I had decided to pursue FIRE, and I realized that at the rate we were going, that we wouldn't be able to pay off our debt within the timeframe we wanted. So, I picked up a second job working 20-25 hours per week. I put EVERY cent I made from that second job to pay off debt and it started a rapid pay off of that debt.
5. As the debt got smaller, I put more money against it. Quite simply, every debt that got paid off made our monthly expenses smaller. This meant that I had increasingly more funds left over after paying bills, so, in addition to my pay from my second job, I was paying as much as I could from our regular paychecks as well. For example, I would pay off a debt that I was paying $100 on each month. Instead of just spending that extra $100, I would apply it to the next debt I was paying off. Each debt I paid off meant more money getting thrown at the next debt. By the time I got down to my last debt - the loan I mentioned in the first point - I was paying around $1200 a month on it.
By the time this month is over, I will have paid around $23,000 off in debt. So, what did I pay off? Everything I could find! I literally figured out everything that had a debt attached to it and paid it off. Here's what they were:
* Credit card consolidation loan
* Credit cards that had a balance on them
* My car loan
* A couple of doctor bills that I had been making small monthly payments on for years
* The balance of the cost of our cell phones
* A couple of monthly installment plans I had from when I purchased outdoor gear
I can remember when I started this journey how constricted our monthly budget felt, and how we just never seemed to have enough money. I was also feeling so disappointed because I always espoused using credit cards in a responsible manner. But, while I said this, I also said that cards can be useful when you're going through hard times. For a few years, only I worked, and I didn't make a lot of money. Supporting a family of four on one small income was a daunting and nearly impossible task that only worked because I used credit cards to get us by. As things got better financially and as we inched towards divorce, I was able to do what was needed to do to create a plan and stick to it in order to be debt-free. It's amazing to see how much money is truly left over after paying bills each month and with that comes feelings of relief and security.
If you're wanting to pay off your own debt, start today. I'm living proof that you can do it, and do it on a smaller income. Are you working on paying off debt? Let me know in the comments!
Labels: Financial Fitness