Good morning! I know I promised this post for this weekend, but halfway through writing and editing it, my power went out....and stayed out! What a fun few days that was (denote sarcasm here). But, thankfully, the power to my house has been restored and I can share this post. Carry on, then, my friends.

After our day conquering the highpoint of Minnesota, we were ready for a fun, laid-back day. When I first started planning this vacation, I came across the Lutsen Mountain Alpine Slide. If you've ever seriously considered a trip to the Alps or watched any Alpine documentaries, you may have noticed that these European mountains have slides - or luges for better visualization. I remember watching an episode of Rick Steve's Europe and seeing him ride one in the Summer and thinking how fun it looked. So, when I saw that there was something similar in Minnesota, I knew we would have to make this a destination.

We bought our tickets online, as well as signed the waiver before we got to the slide which was suggested and I thought would save us from standing in line. It didn't though as we still had to wait in line with everyone else who didn't purchase tickets online. Lesson learned there! Fortunately, we got there when they opened so we didn't have to wait a ridiculously long time and were able to get on with it.

The first part of the adventure requires a trip up the mountain on the ski lift. The kids took one lift while my Dad and I took the other. This was fun in itself and helped cement the anticipation of the ride ahead. 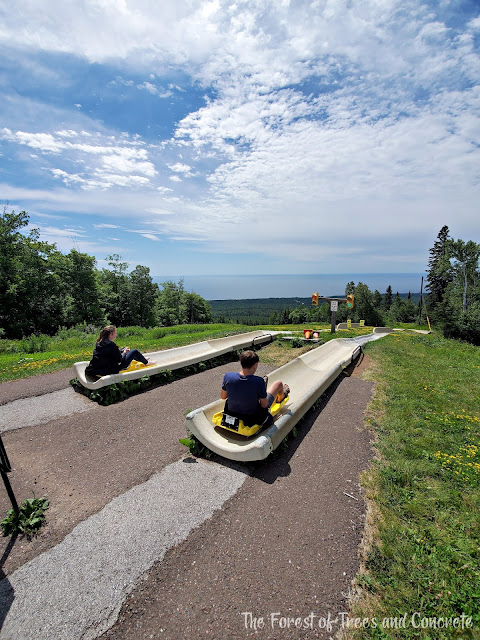 After getting off the ski lift, you are given a cart and you take this to the top of the slide. The cart has a seat to sit on and a lever between your legs that acts as a brake and helps you slow down or accelerate. In this picture, the kids went first and they were ready to go! In the background, you can see Lake Superior.

Dad and I went next and, man, was that ever fun! We had so much fun in fact, that I wish we could have gone a few more times, but, at $14 a pop, it's not economical. 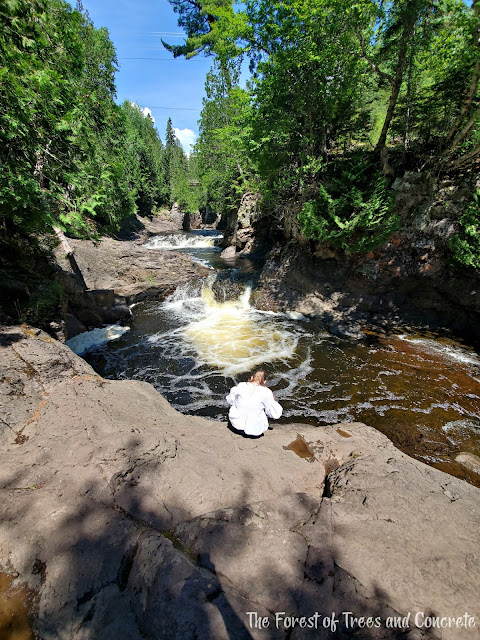 There wasn't anything to really do at Lutsen Mountain, so we hit the road and headed North. Our next stop was at Cascade River State Park. If you may have noticed from my other Minnesota vacation posts, there seems to be no shortage of waterfalls in this part of the state. This, of course, is due to the geography of the land. With mountains flanking the left and Lake Superior flanking the right, waterfalls are in abundance.

This park's falls, like the other falls we saw in this neck of the woods, descend from the mountains and into a river. The river, then, empties into Lake Superior. 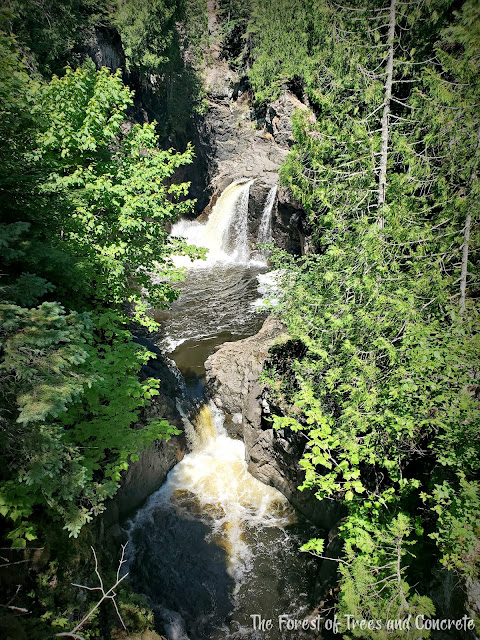 There is a nice hiking trail that goes up either side of the falls, around the back of the falls, and then comes back down. You can choose which side to ascend and descend, and like the other trails near waterfalls we went to in the state, these trails connect with longer trails that snake through the mountains. For the hearty hiker/adventurer, you could spend weeks hiking this part of the state.


After our quick hike, we got back in the car and headed farther north where we stopped at Grand Portage National Monument. This National Park is a recreation of the site of the British North West Company. It was a trading post established in 1778 and was used to connect Lake Superior to the interior of the continent via the Pigeon River - something that the Native Americans had been doing for generations. This was how the name Grand Portage came to be. 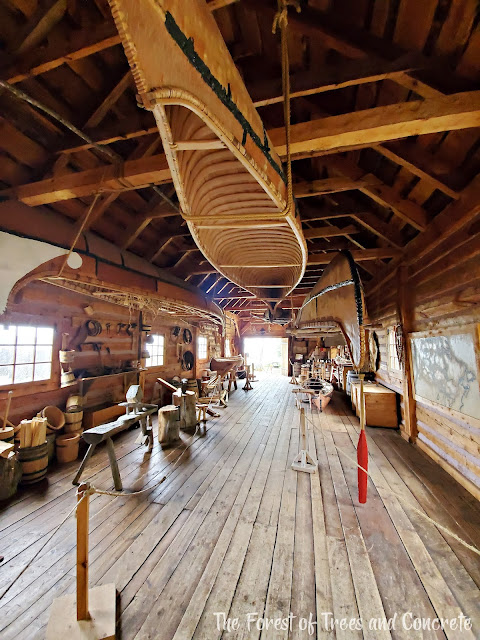 This building was where the people who lived at the post would build and fix the canoes they used to travel up the river, hauling goods and supplies. 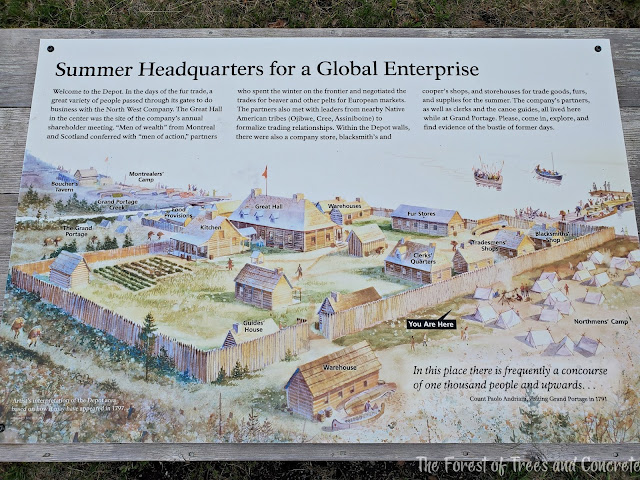 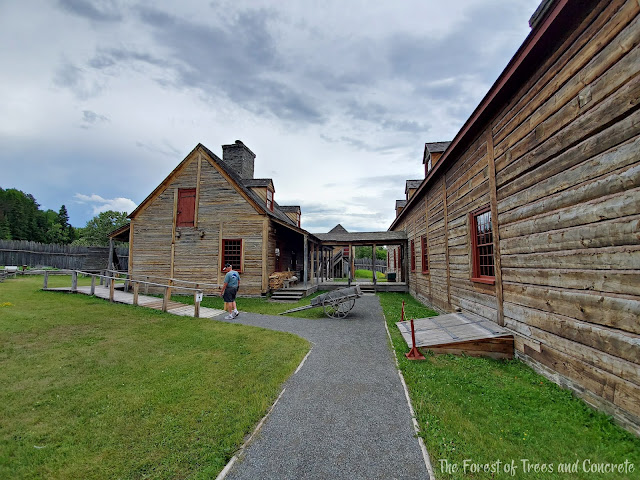 Using the sign in the previous picture, you can gain a sense of what the Kitchen and Great Hall looked like because of these reconstructed buildings. 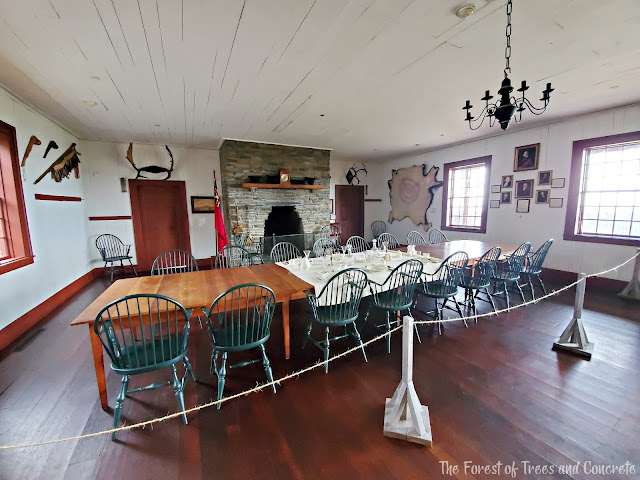 A view inside the Great Hall offers a glimpse back in time. 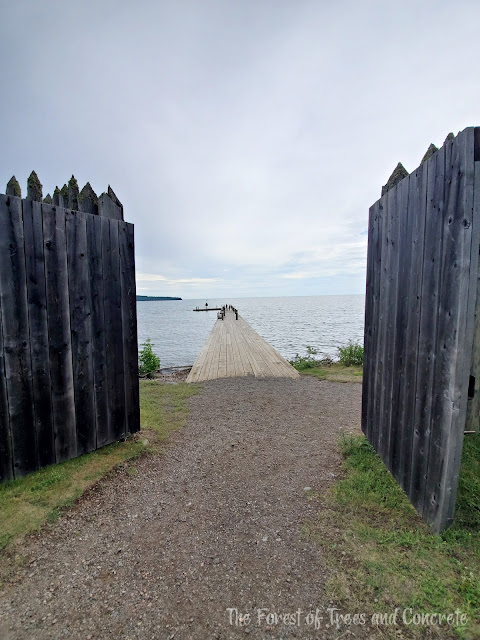 The dock that traders and post workers used is also reconstructed. 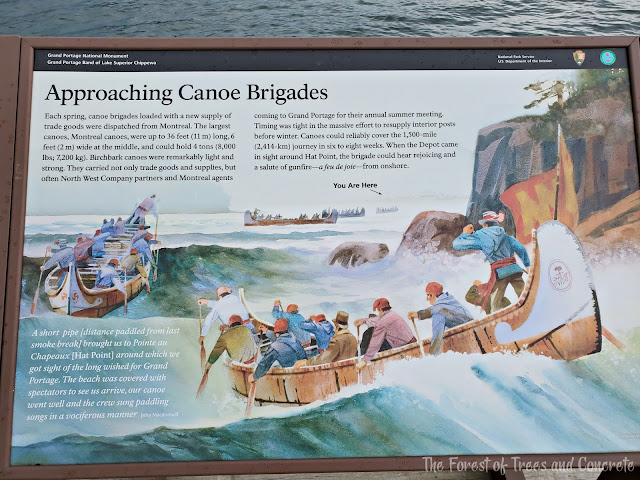 This sign sits along the dock and describes how canoes traveled and negotiated the waters. 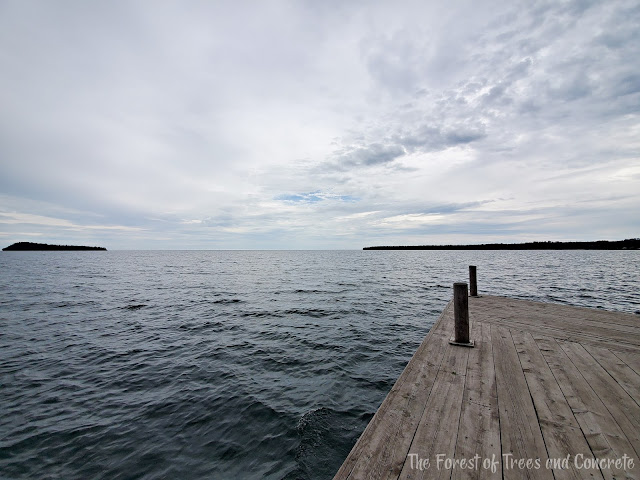 A view of Lake Superior from the end of the dock. This lake never ceased to amaze me the entire trip. It always felt like being on the ocean. 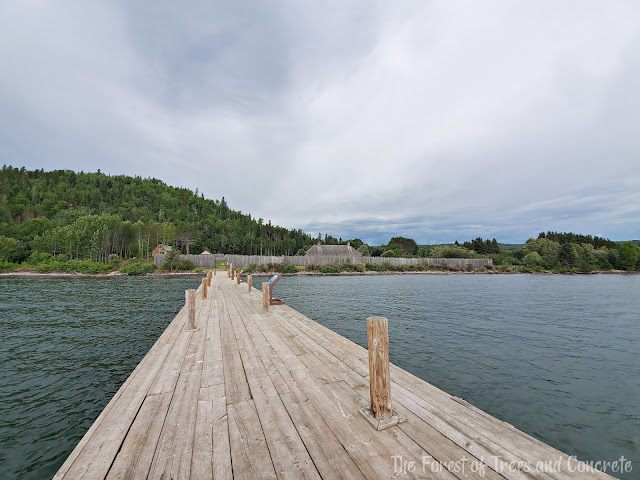 A view back towards the trading post. It started to rain at this point, and since we had seen the entire park, we headed back to the car to drive the last few miles to the Canadian border. 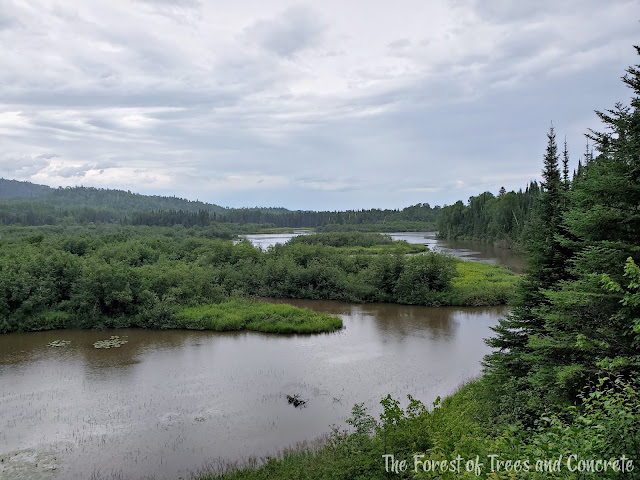 Right at the border on the U.S. side, the largest waterfall in Minnesota is easily accessed by a 1/2 mile trail. I didn't take a photo of the falls because, honestly, I had seen so many waterfalls at this point that I wasn't all that excited about it. haha

I snapped this unassuming photo, however, from a different section of the trail as directly across from my vantage point, across the river, is Canada. Hello, eh? 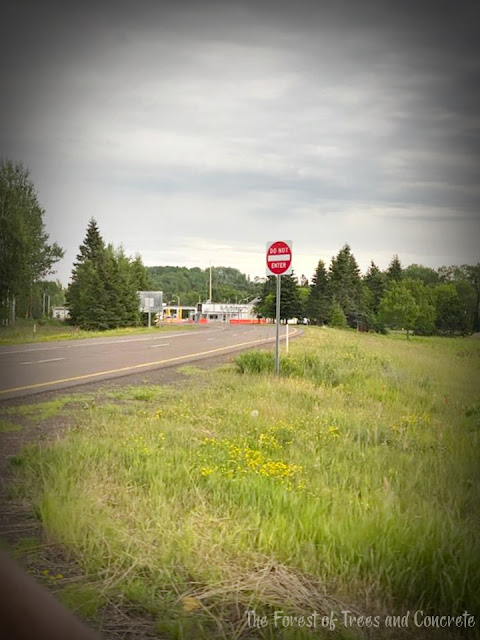 We snapped this picture of the actual border into Canada. Because of the pandemic, however, no one is allowed in or out on either side. I have been to Canada before, but my kids haven't, so it was kind of neat to take them as close to another country as we could possibly get. While they couldn't actually go there, they did get to "see" it from the falls.

As you can see, we again packed in a handful of activities on a single day. I'm truly my father's daughter and when we get together, we go full-bore. Hey, life is too short to sit around waiting for life to pass you by, amirite? After this, we headed back to the motel where I made tacos for supper and we retired early. Of course, we made a final trip down to the waterfront. My last vacation post will be about our nights on the shores of Grand Marais. I'll post that in a couple of days to make up for the lost weekend. Until then, have a wonderful day!