My Kids on Mountains

On our recent vacation to South Dakota, we hiked Black Elk Peak. As usual, we all took plenty of pictures. A few, in particular, got me thinking about all the pictures I have of my kids on mountains. So, without further ado, here are pictures of them on various mountains. 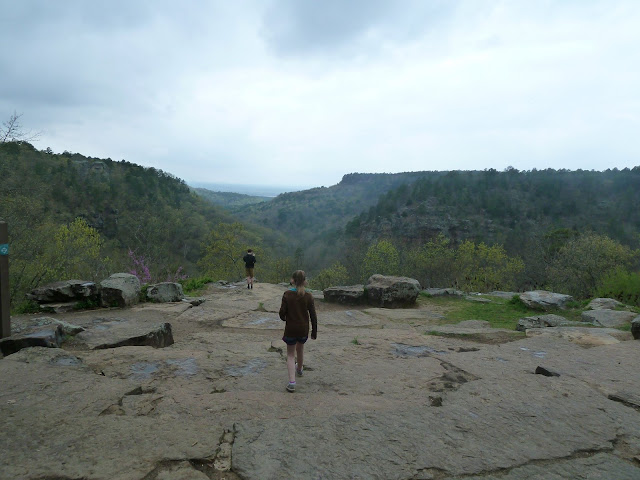 This picture was taken at Petit Jean State Park in Spring of 2015. It's located in the Ozark Mountains in Arkansas, and it was the first time I had ever taken my kids to the mountains. This photo is their first glimpse of the Ozarks as they ran to meet the landscape. My son was already at the edge, taking photographs while my daughter catches up. This trip changed them and really fostered a love in them for hiking and nature. I mean, they had loved it before, but not nearly in the same way. Sometimes it takes a monumental event to spur you on, and the Ozarks certainly did that for my kids. This trip had a huge impact on them, something that is pronounced more and more in the following pictures. 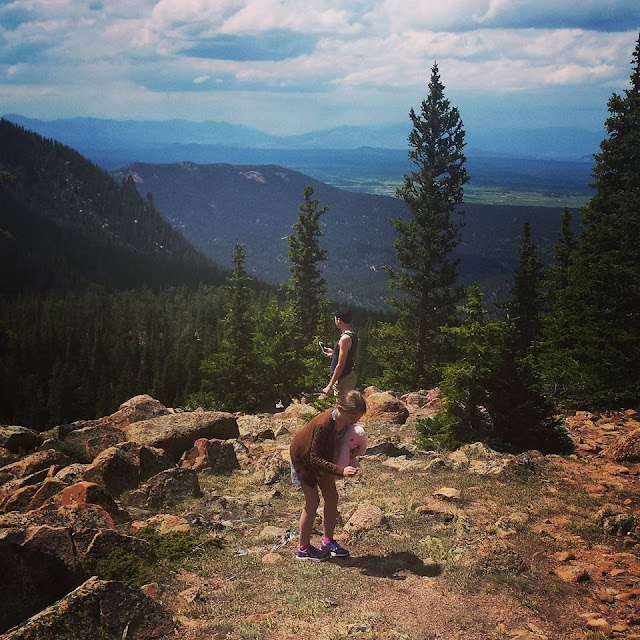 This was the following year, 2016, at Pikes Peak in Colorado. I wasn't in good enough shape to make the drive to the summit, so we stopped here. The kids were disappointed but still enjoyed the beauty nonetheless. I vowed then that I would make that up to them later. 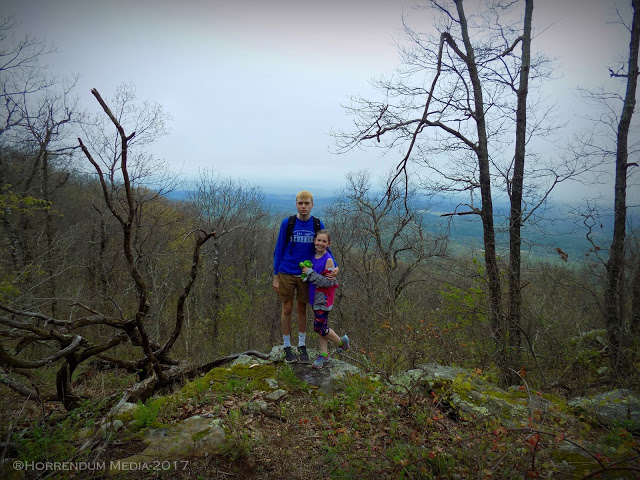 In 2017, we went back to Arkansas, but this time, I made sure to take them to Mount Magazine, the highest mountain in the Ozarks - and in Arkansas. This time, we hiked around on the mountain and made our way to Signal Hill, the official high point. 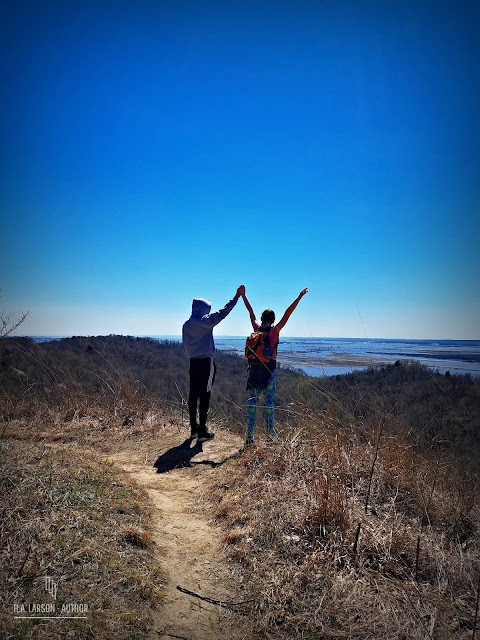 While not technically mountains, the Loess Hills are not only native to me but are the closet thing we have to mountains. In fact, I lovingly refer to them as the Iowa Mountains. We've hiked them many times, including this trip, which was this Spring. I snapped a photo of the kids, exhilarated as they looked out from the very top. 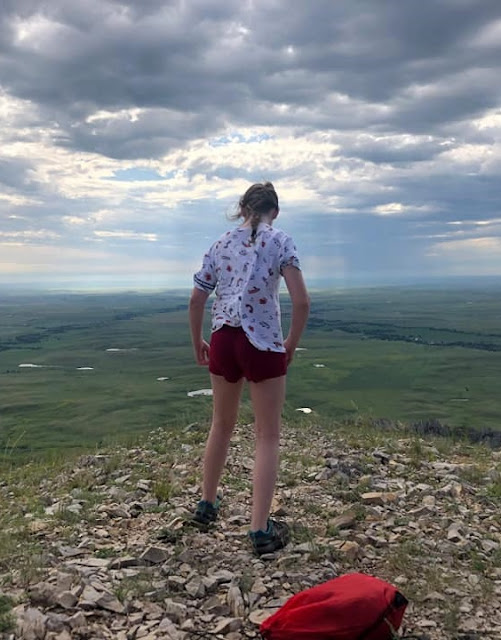 My son snapped this picture of my daughter as she peered over the edge of Bear Butte in South Dakota. At half the height of Black Elk Peak, it was just a taste of what was to come. 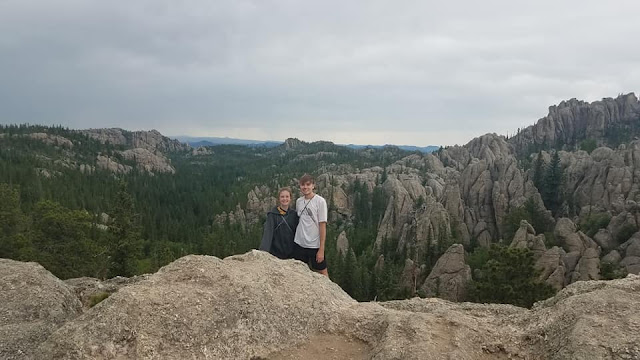 I snapped this photo of the kids when we were halfway up Black Elk Peak. Good thing, too, because they left my Dad and me in the dust right afterward. 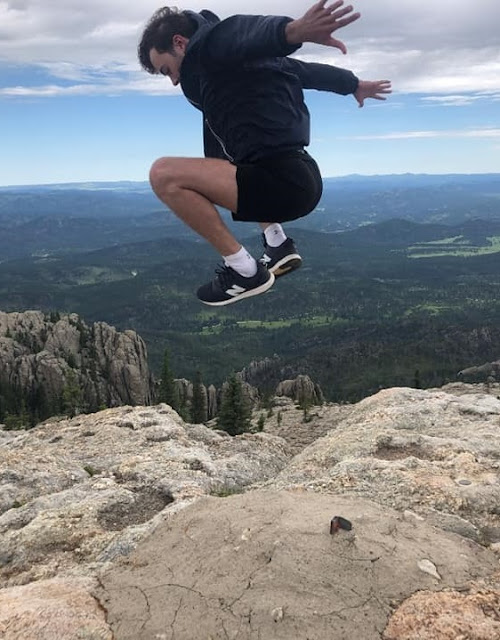 My daughter took this picture of my son on the top of Black Elk Peak. You can see four states from here - Montana, Wyoming, North Dakota, and South Dakota - and it looks like he's holding up the clouds.

As you can see, they definitely enjoy being a part of nature and make the most of it. I mean, how could you not? It is times like these that make one appreciate the magnificence of nature. In my humble opinion, there's nothing more humbling or awe-inspiring than standing on top of the world. I think the kids feel the same way.