The Renaissance Faire at Sleepy Hollow


Oh, how I love renaissance faires! Ever since I attended my first one, I've been thoroughly infatuated. I can remember it well, I was in my mid-20s and I went with one of my childhood friends and her then-boyfriend to the Minnesota Renaissance Faire. I got insulted by the ticket taker; I was blown away by the costumes; the entertainment was fun and exciting; I got goosebumps when festival-goers cheered at the joust and the sound traveled across the faire; and I was enthralled by the various sights and sounds. To this day, I still have those overwhelming emotions whenever I go to a ren faire, so I make sure to attend at least one every year.

Over the years, I've managed to make it to different places and different kinds of ren faires, including:

But, this year we went to a new one: Renaissance Faire at Sleepy Hollow. While we had never been to this Ren Faire in Des Moines, IA, the Ren Faire After Dark was held at the same location so we have been to the grounds before. 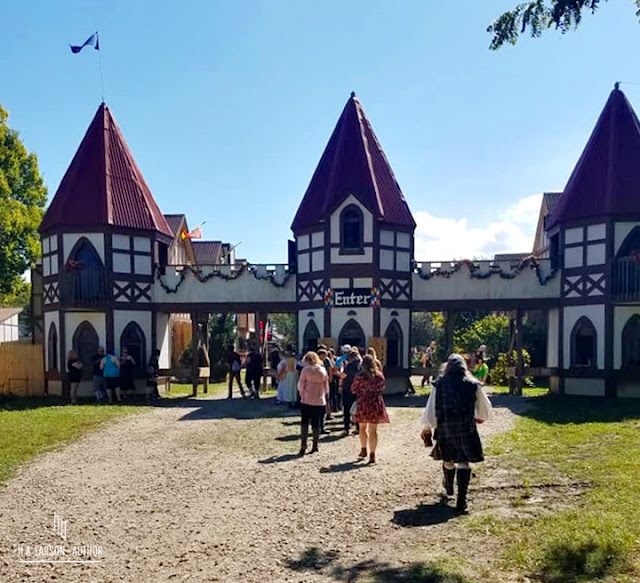 Ahh, there's nothing like the front gate to make one want to yell, "Huzzah!" 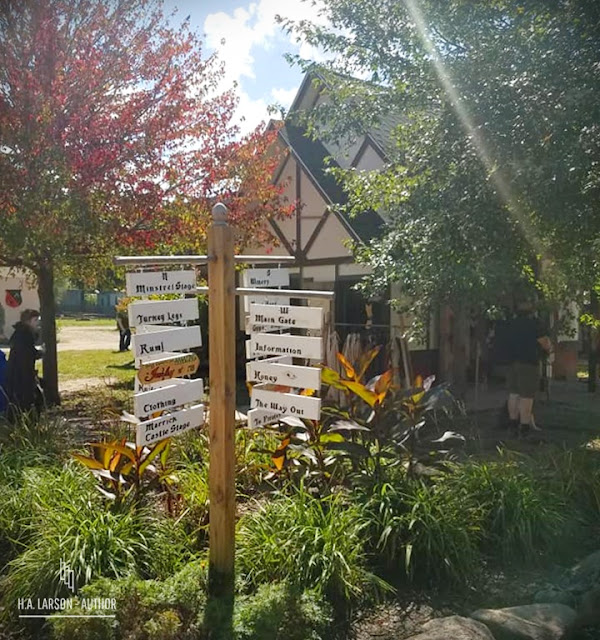 One of my Ren Faire requirements is that it must have a built site. I've been to Faires that were nothing more than an open-air market with a bunch of tents in a field. If I'm going to attend the Faire, it should have the ambiance that a built site provides. 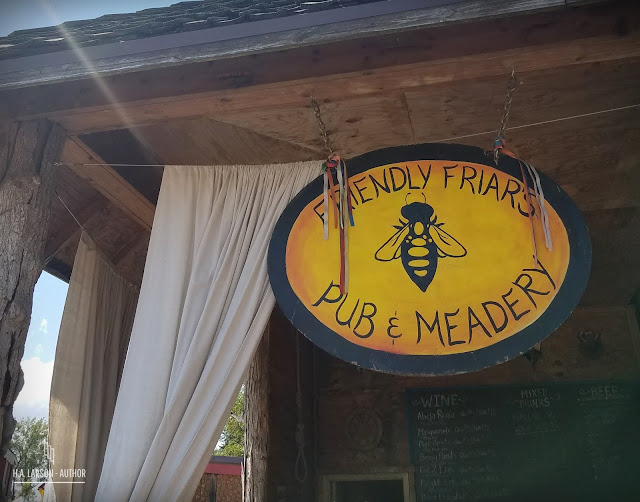 My second requirement is that Meade should be served. It's just not a Faire without Meade! For those of you who are unfamiliar with it, it's simply honey wine, and it can be served hot or cold. Either way, it's delicious. 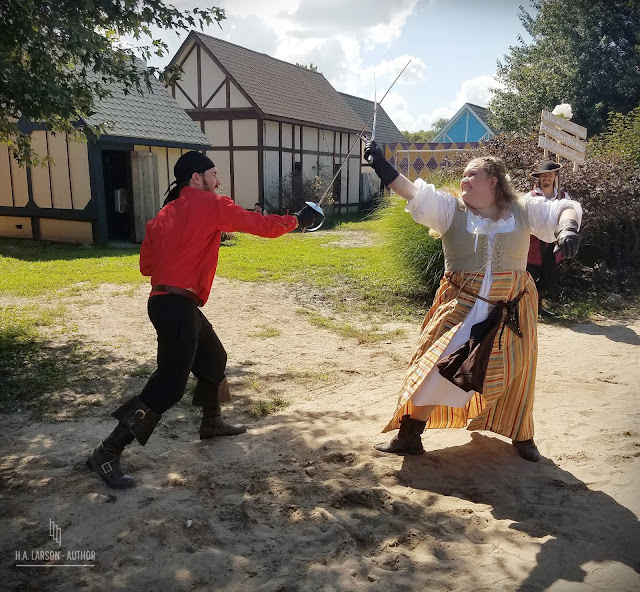 These two were part of a trio called White Rose Players that would act out scenes from Shakespeare, complete with sword fighting. We went to the stage they were at and watched them do selected scenes from Romeo and Juliet. They were awesome! 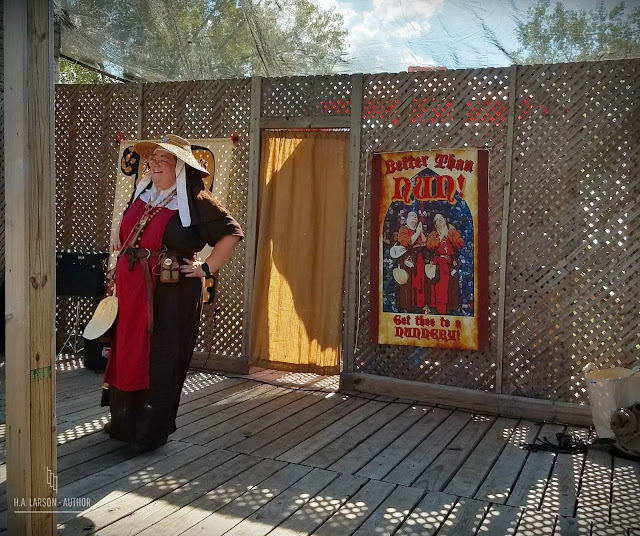 This is one half of the duo Better than Nun! We were fortunate enough to see their act at the Ren Faire After Dark and they were hilariously awesome. When I saw the were at the regular Ren Faire, I made sure to go watch their entire show. 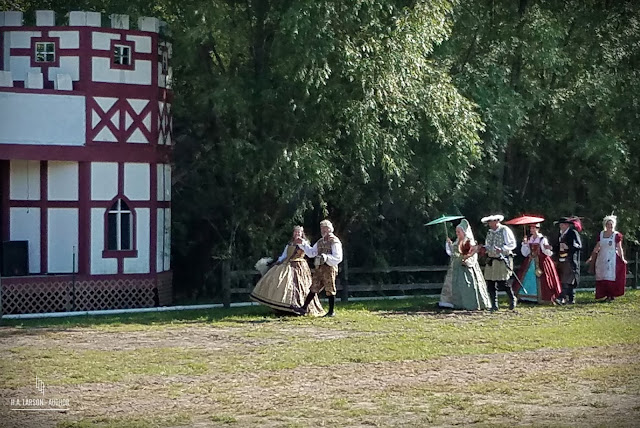 My third requirement for Faires is that they should have royalty. No good realm of the Renaissance would be complete without a King and a Queen. Here we see them walking up to their thrones. 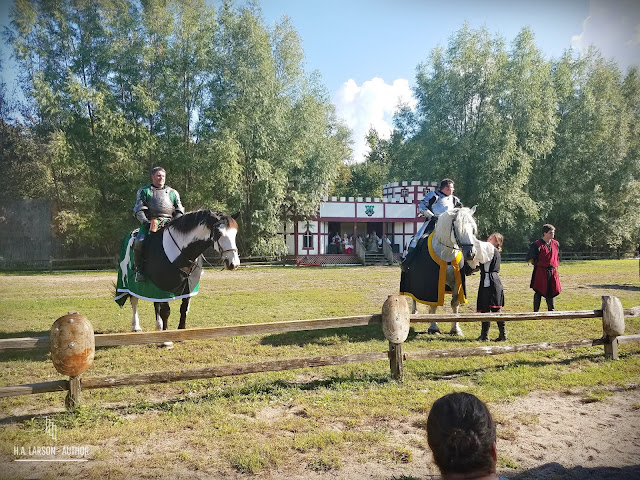 The King and Queen (seen in the background) are sitting on their thrones to attend my fourth requirement for a Faire: The Joust. 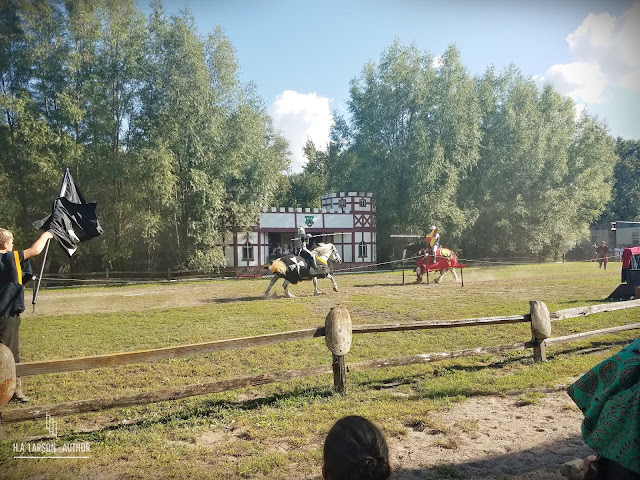 Jousting is a lot of fun to watch as it's filled with action, drama, and excitement. Nothing gets a crowd more riled up than the joust. Huzzah! Here we see the Queen's Champion, Sir Joseph, pitted against Sir Daniel.

On a side note, this is the same jousting troupe, JoustEvolution, that performs at my beloved Renaissance Festival of Nebraska. They do an excellent job and a fun performance, so it was nice to see them since we didn't go to the Nebraska Faire this year. 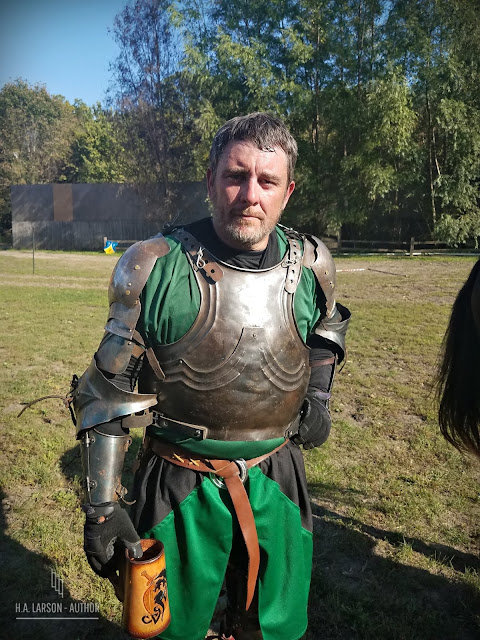 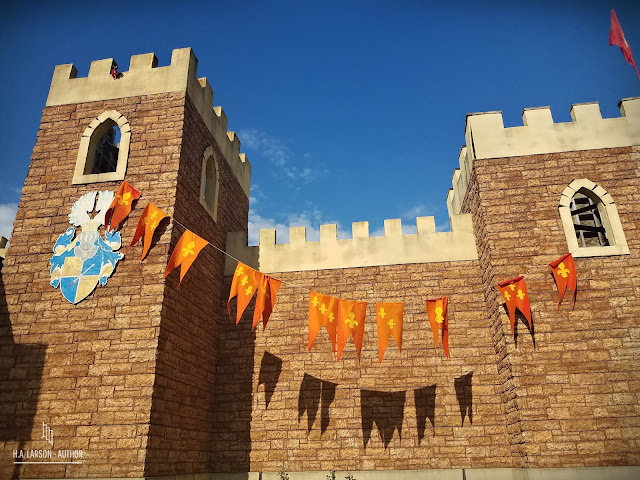 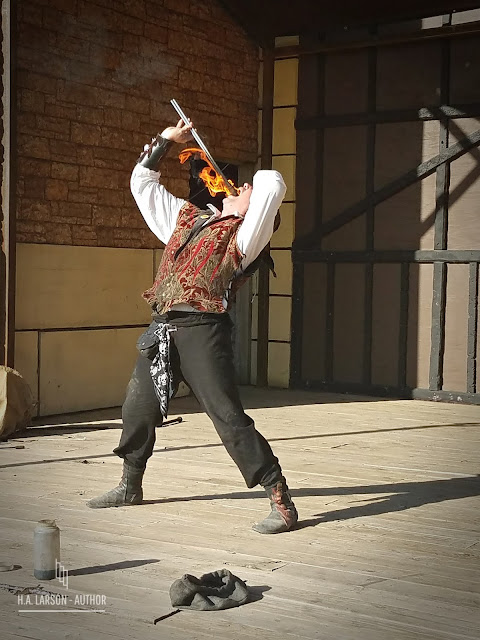 This is Molotov. He eats fire! I love fire performances so I made sure not to miss this guy. 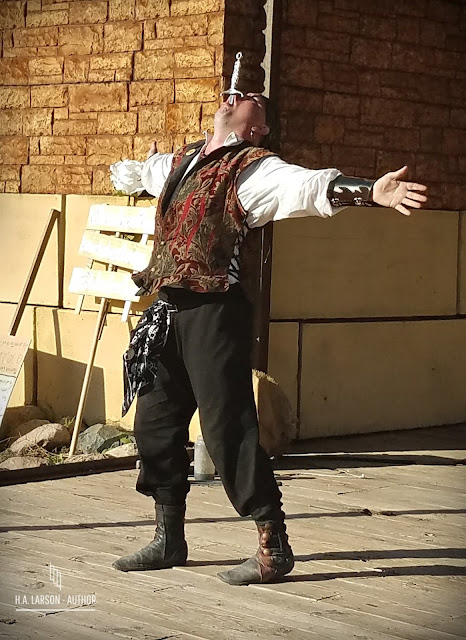 He also does sword swallowing, only one of 100 people in the entire world that do! 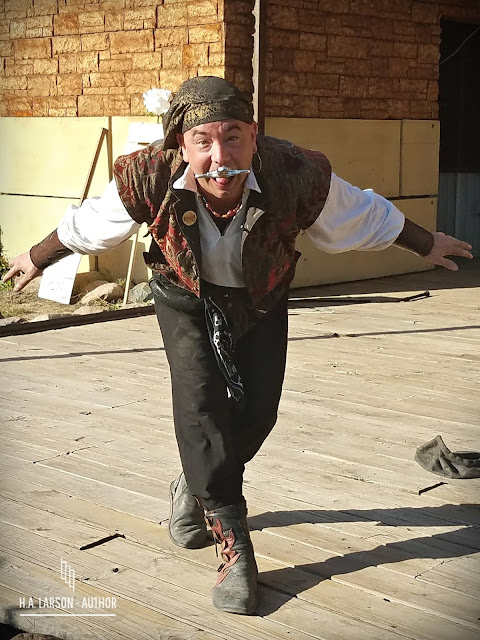 Molotov was that last performer we saw that day, and what a way to end things! We saw lots of other great entertainment that day as well, including belly dancers, the Bawdy Buccaneers, Merlyn the Magician (also seen at other Faires), and some fun musical acts. There were also goodies I love such as Meade, Scotch eggs (which I don't eat anymore because of my diet), piglets & ferrets to pet, and plenty of vendors. I picked up a couple of pairs of cute earrings while Nature Girl bought a parasol and some long socks. As usual, it was a wonderful, magical day.

Do you love Ren Faires as well? Let me know in the comments.