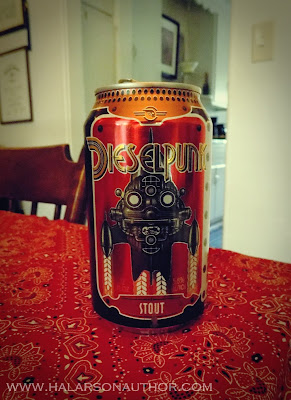 Today, I'm going to share another, regular, edition of Latest Libations. If you'll remember, the last one I did was about the cool brewery tour I took on Labor Day weekend through Central Nebraska. This time, then, it's time to do what I usually do: review the recent beers I've tried lately. This first beer is a stout brewed by Dieselpunk. It has the familiar flavors you find in a good stout, coffee & chocolate, but where other stouts have a robust body and a heavy presence, this beer fails. It's weak and light with a slight alcohol aftertaste. With better quality stouts out there, I won't buy this beer again. 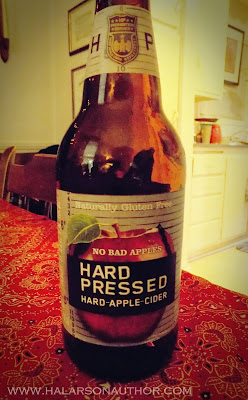 No Bad Apple's Hard-Pressed Apple Cider is a decent cider, but nothing fantastic. I've had worse, but I've had better. Made by Woodchuck, it's perfect for drinking on a nice, Autumn day. 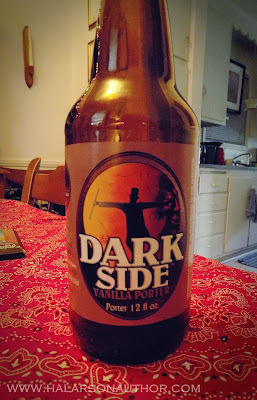 Dark Side Vanilla Porter, brewed by Empyrean Brewery about an hour away from me, this is a good Porter. While dark like a stout, they are not as full as a stout, so this is a beer for people who like dark beers that aren't as robust as a stout. This one has the familiar flavors that one seeks in a porter, coffee & chocolate, but with a hint of vanilla. It works well with the flavor profile of this beer. I recommend this one. 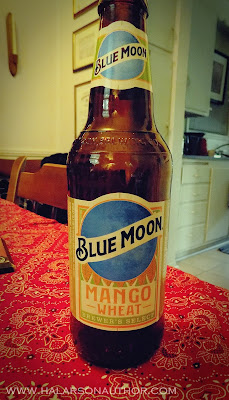 I'm not a fan of Blue Moon beer generally, but when I saw this flavored variety in the Mix-a-Six section, I thought I'd give it a go. While the mango flavor overtakes the wheat flavor, it didn't obliterate it, and the mango was a good taste for this beer. I was pretty impressed as this is much better than the standard Blue Moon, and could see myself drinking a few of these on a weeknight for when you want a decent beer that's refreshing and light. 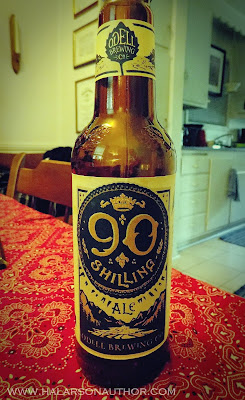 Odell Brewery always makes a good beer, and their 90 Shilling Ale is no exception. I am not fond of IPAs and sometimes standard ales can lean too hoppy, but I found this one to have the perfect hoppiness that complemented the flavor as opposed to taking away from it. Clean, light, while still robust, I would recommend this to anyone who enjoys a good, quality ale. 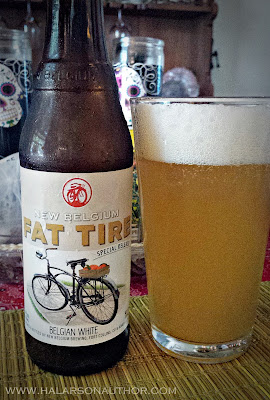 I do like a Fat Tire Amber Ale from time to time as I like New Belgium Brewery's beers. So, when I saw a mixed 12-pack sampler of theirs recently, I decided to snag it. One of the beers inside was this special edition Fat Tire Belgian White Ale. Lighter in taste, but not in flavor, this NB brew did not disappoint. It was light, crisp, and refreshing all with a great flavor. 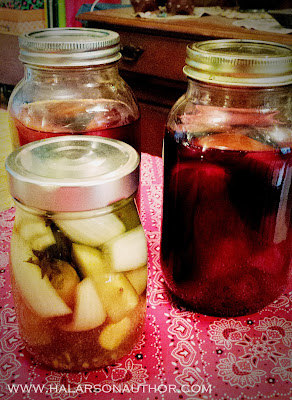 Last, but not least, I'm going to show you this year's schnapps and infused vodka that we made. I made a Spiced Hibiscus & Fruit schnapps (one bottle has already been drunk and it's amazing), and my husband made the infused. The infused is a Bloody Mary vodka with pickling spice, onions, garlic, oregano, cucumber, and jalapenos. They're going to be fantastic at an annual bbq we hold every year.

That's it for this edition of Latest Libations! I hope you get a chance to try some of these brews sometime and decide for yourself how good (or not) they are.