The Orb and EVP 7

It's officially Saturday and I'm sitting here - a cup of coffee in hand, of course - plotting out the next major ghost hunt for myself and my friends. While I've done minor ghost hunts with no real luck, I had better luck with the one major ghost hunt that I've done: Edinburgh Manor (which you can read all about right here and here if you haven't already).

It was such an exciting and fascinating experience, that I've pored over the evidence a few times. If you've read the big blog post I did about the Investigation, you'd know that I posted a few pictures and six EVPs (or electronic voice phenomena) as evidence. The truth is, I actually got another decent photo (although questionable), and quite a few other EVPs while we were there. Most of those EVPs, however, were either indistinguishable or questionable. 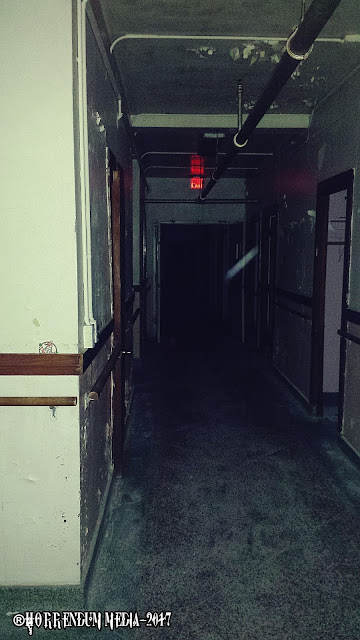 This, out of all the photographs I took (besides the blurry photographs), is probably the only real, albeit questionable, photographic evidence I have from Edinburgh Manor. You can see, in the middle of the photograph, an orb "streak". Is it real, or something else? Keep in mind, this was late October, frigid and cold, without a bug in sight. Also, we captured plenty of dust orbs while there, and this is nothing like that. I tend to think it's a manifestation (or a manifestation trying to happen). This was in the hallway near where we did our second spirit box session. 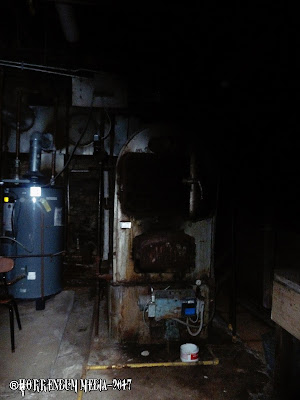 Now, about those EVPs. I mentioned at the beginning of this post how I had captured other EVPs that I didn't post, either because they were questionable or indistinguishable. I did, however, post the most distinguishable one on my Soundcloud account, but never posted it with the other EVPs in the original post. The reason for this is because I couldn't understand what was being said. After listening to it several times, I finally figured it out. Remember in the original post, EVP 5, where I asked questions and got answers? Well, one was when I asked what their name was, and they answered with, "Seven".

When we did our last spirit box session in the boiler room (where we got EVP outside of the spirit box), I got this other EVP later. Listen here:

Did you hear it? Right after I asked, "Is there anyone here with us right now?" I get an answer right around the 14-second mark. It says, "I already told you, Seven."

I've tried doing some research into Seven as being a name for anything, and I come up with only religious answers, which are not applicable in this instance. If you, or anyone you know, has experienced this number as a name thing, comment below or shoot me an email.

I hope you enjoyed my last little bit of Edinburgh Manor reveal, and have a fantastic Saturday!