Prospect Hill Cemetery is one of the oldest cemeteries in Nebraska, with its first burial recorded in 1858. It was a Pioneer Cemetery, which needs no explanation. It's a bit run-down, but is still in use to this day, and, surprisingly, has a good website. The website's neatest feature, in my opinion, is the page about its famous burials. The cemetery is the final resting place of some of the most influential people in Omaha's history. A walking tour guide and map are included on the page.

Another, more discrete, reason for the popularity of this cemetery is its reputation of being quite haunted. I had tried to ghost hunt here before, but as it's not in the best part of town, wandering around at night is best done in groups.

Saturday night, then, a small group of us finally made it out to Prospect Hill Cemetery for a short investigation. Investigating this place isn't necessarily the easiest. There is some noise pollution - although not bad for being in the city as the area is heavily trafficked - such as a car here and there driving by, and occasionally you could hear a yell or a bird. We were actually interrupted by a total of four cars that were passing through, leading me to realize that this place is popular, but there weren't all these "kids" that are purported to hang out here at night.

I've gone through all the cool photographs I took, and there were a couple of things that *might* give me pause, but not enough for me to say, "Okay, this place is haunted." I ran audio as well as taking photographs, and while I didn't catch any voices on audio, I did have some weird audio anomalies. My voice recorder skipped out several times and, when it did, would make a weird sound. I haven't had that happen before, so it's another something that *might* give me pause, but, again, nothing definitive. 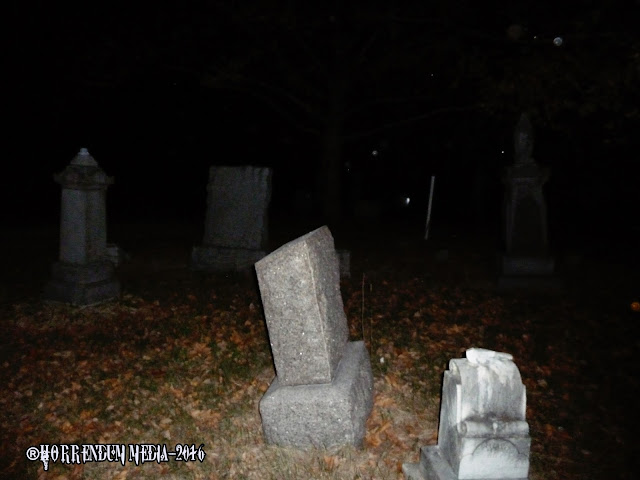 We investigated in the oldest part of the cemetery. The oldest grave I found was from 1886, although I know there are older ones in the cemetery. 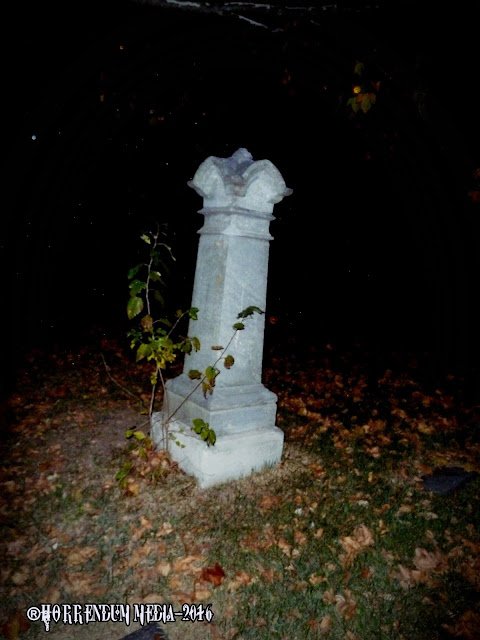 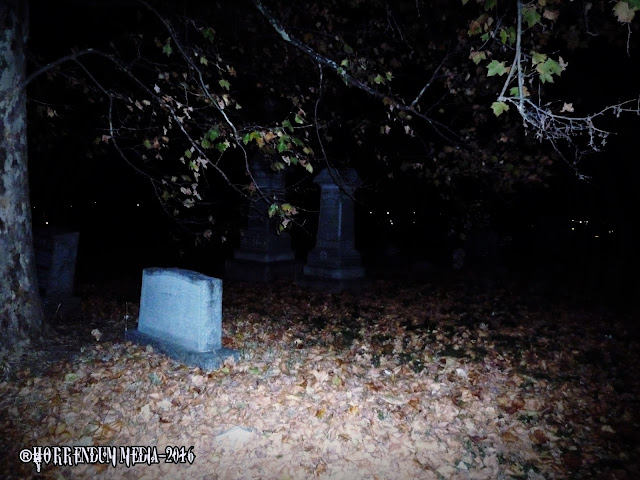 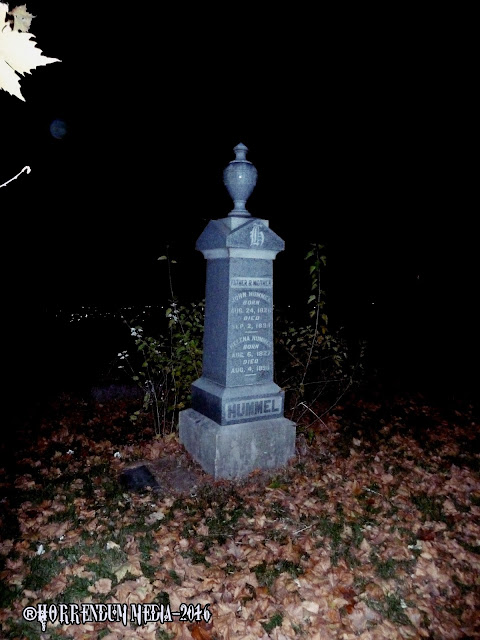 This is one of the famous burials of the cemetery. The Hummel family was an influential, early Omaha family whose name, interestingly enough, graces the other reputed haunted place in town: Hummel Park. Hummel Park is home to the Morphing Stairs as well. 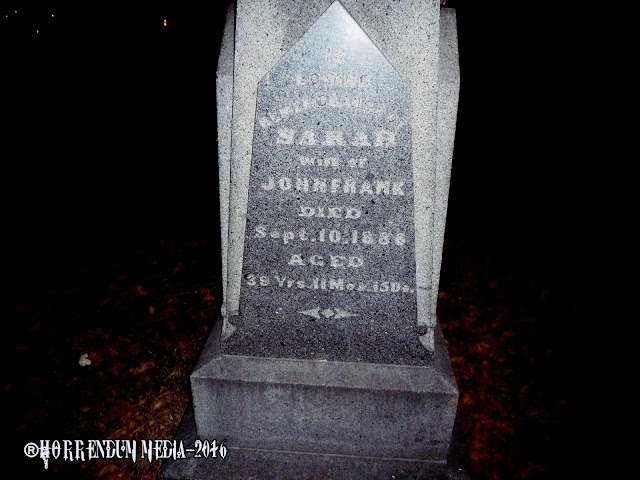 Here's the oldest grave I found while wandering around the cemetery. Sarah Frank died in 1886 at the young age of 39. 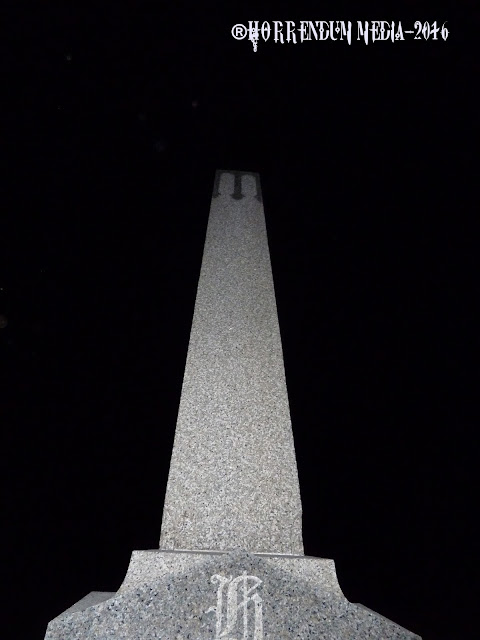 A shot up of one of the tallest tombstones in the cemetery. If I remember correctly, it's from around 1927 and is big, fancy, and of good quality because it's still in pristine condition after nearly 90 years of weather. 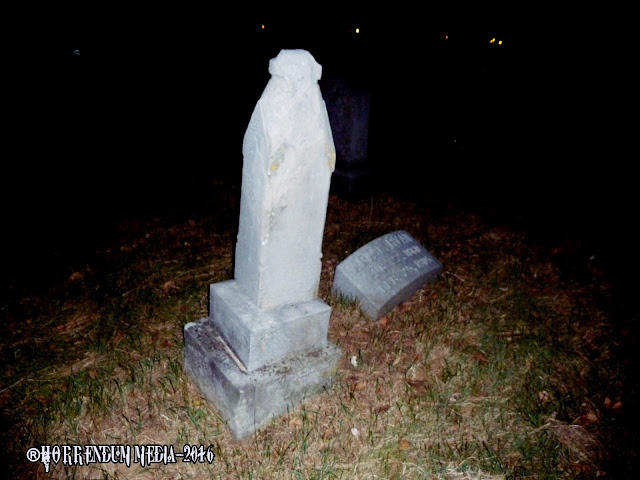 As a contrast, many of the older tombstones look more like this: worn, crumbling, and leaning (if not downright fallen). 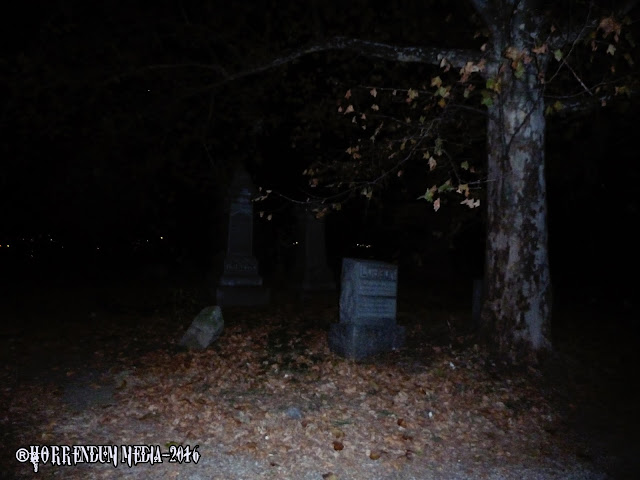 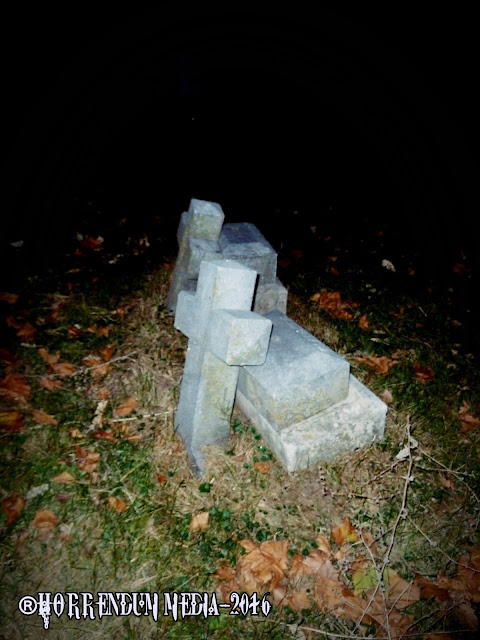 These two cross tombstones, like many of the grave markers in the cemetery, are falling. I'm not sure if the slabs behind them were put there to prop them up, or if they were originally on top of the slabs, fell off, and were then propped up against them. 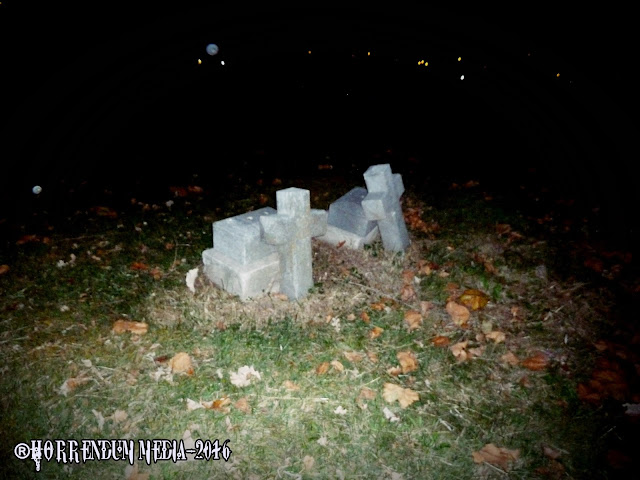 Another shot of the cross tombstones. 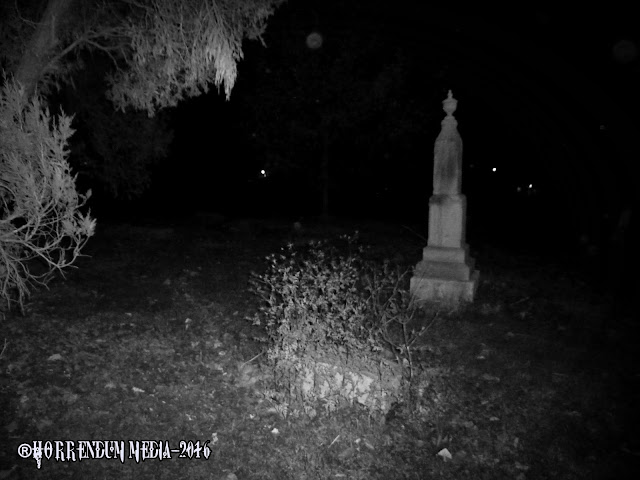 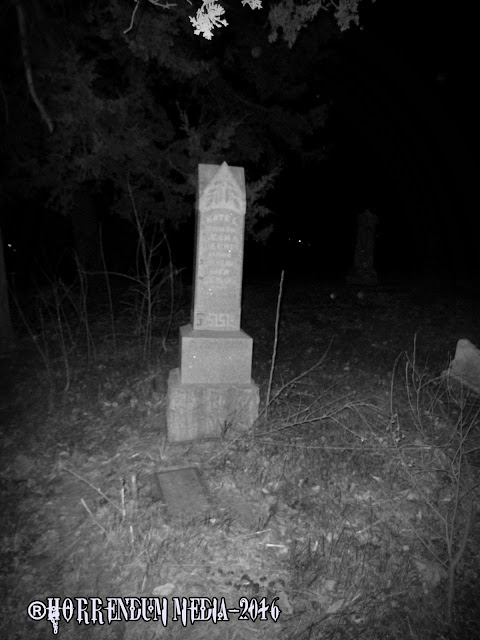 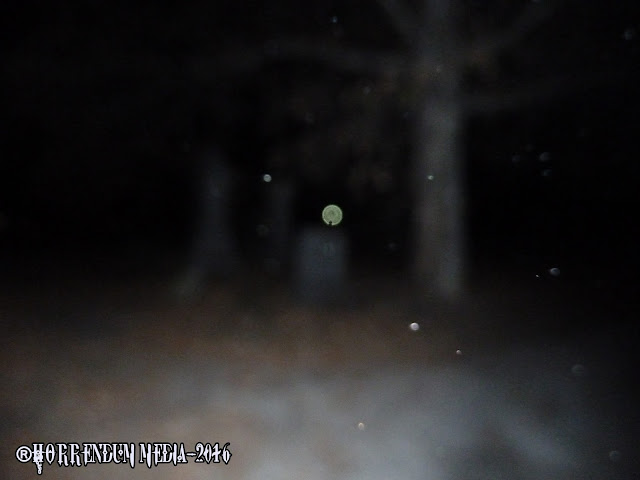 I was standing at a crossroads on the north side of the cemetery when my camera refused to focus. I got excited thinking back to our investigation of Edinburgh Manor, and how when my camera refused to focus, I got EVP phenomena. I went ahead and started asking several leading questions, but upon playback, I got nothing. I find the green orb interesting as it's not a typical dust particle that is evidenced in several, if not most, of the photographs from this night. What it is though, remains a mystery. 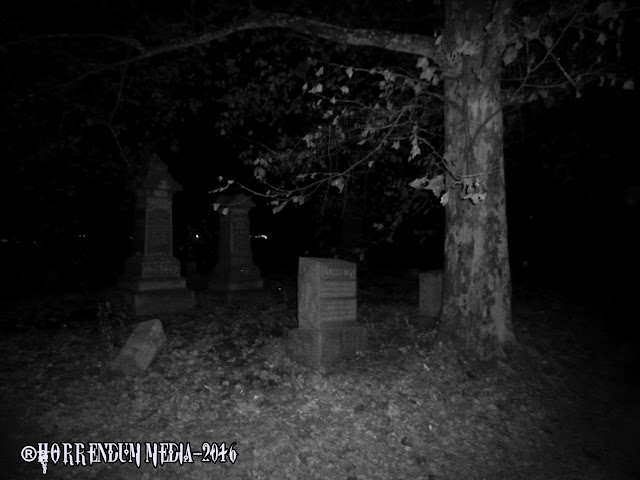 Here's a shot of the same area when my camera finally focused. As you can see, whatever is causing the green orb in the unfocused picture, isn't here in the focused picture. 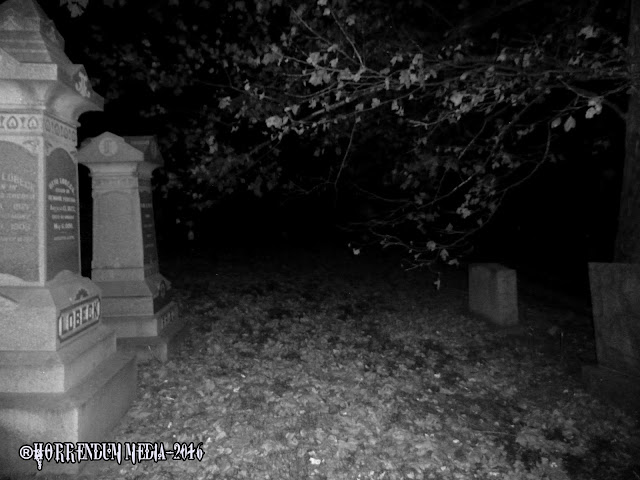 The grave immediately to the left is of someone from the Lobeck family. This is another famous grave as Charles Lobeck was a small business owner and, later, a politician from Omaha. 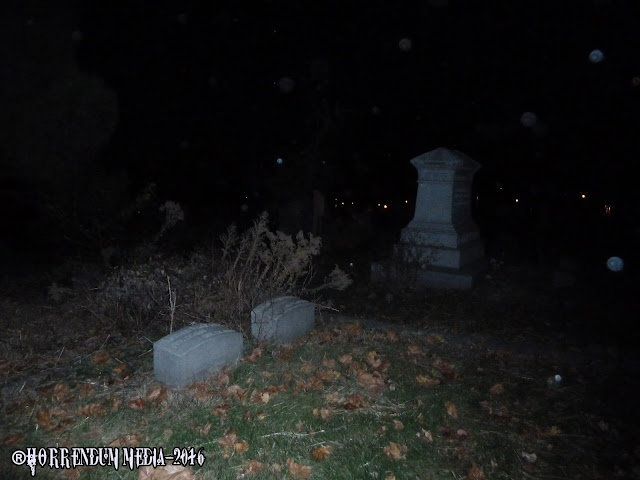 As you can see, dust orbs stole their way into pretty much every shot I took.

While we never got anything definitive during our short investigation, it would be best, in my opinion, to go back to the cemetery during the "Witching Hour". Ghosts are said to be most active between the hours of 2 a.m. and 3 a.m., and I'd like to test that here. It's just a hard time of the night to be in an old graveyard in a part of town that isn't the safest. I'm sure going to try though, as I'm sure I'd have less noise pollution to deal with as well.