Good morning! It's Monday, and time to go back to work after the long weekend. I got myself back into the groove yesterday, so I think I'm ready enough. Saturday, we got out and did a little sight-seeing around town, an activity we partake in whenever we're not feeling overly ambitious, but would still like to get out and about. You're probably wondering, "You sight-see in your own town?" and the answer to that is, "Yes." I've lived in Omaha for nearly fourteen years, and I still haven't seen all the interesting things here. For instance, on Saturday, my husband reminded me of his desire to see the subway that still runs under Dodge Street.

Now, subway means "subterranean way", and includes more than just an underground train. Subways are also areas for pedestrians to safely cross super-busy roads that aren't made for walking across. This is what the Dodge Street Subway is. Intrigued myself, we went to check it out--as well as some other sites, but we'll concentrate on this one today--and found out that there used to be several of these subways throughout Old Omaha, but that this is the only one still in use. This particular one was updated and reopened a little over a year ago.

I took several pictures, so I'm putting up my best here today, and it's part of another new series I'm doing called "Protrait of Omaha". I'll take pictures of landmarks, and other sites of interest, and then show them to you. Here then, is the Dodge Street Subway. 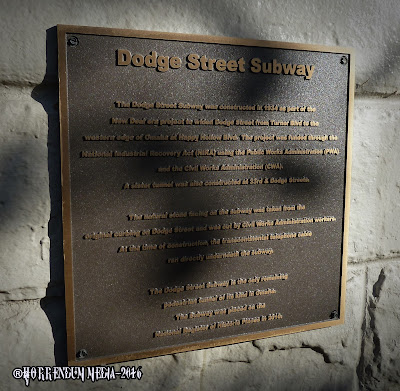 A plaque on the entrance wall explains the origins of the subway in Omaha. 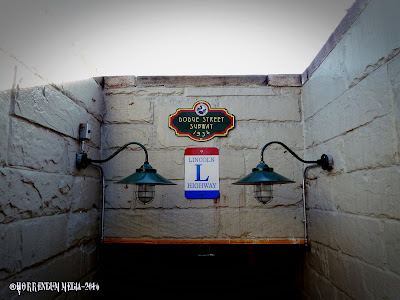 Signs and lamps above the entrance to the subway tunnel. 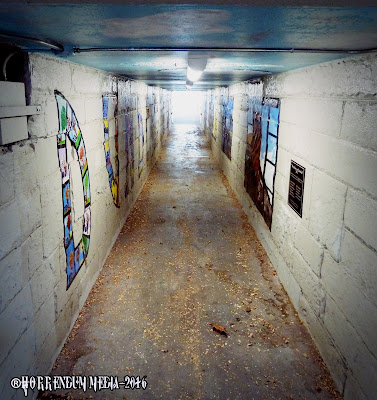 A view of the tunnel from the entrance. You can tell that it's well-maintained. 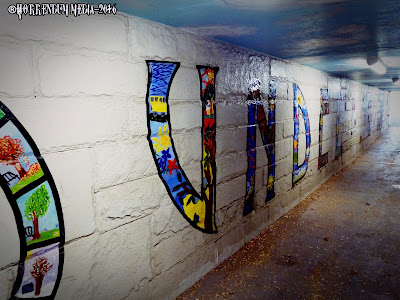 The walls are decorated. This side said "Dundee" and then something else that I forgot to pay attention to. Ha! I was too busy admiring how interesting it was. 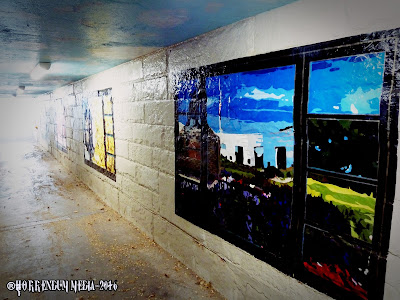 On the other side is a set of murals painted to look like windows, showing the viewer a glimpse out the window onto Omaha. 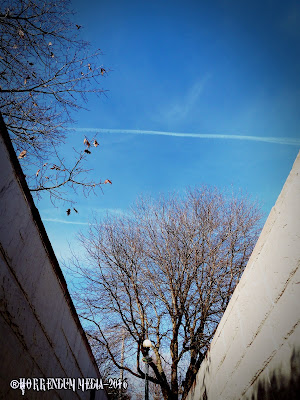 A shot up into the sky after exiting the subway.