It's hard to believe, but this is the 6th year of my annual Shocktober! In case you are new around here, Shocktober! is where I watch horror movies (based on a theme of some sort) just for you that round out the month of October - hence the name. Sounds rough, I know, but someone's gotta do it, right? Right.
This year, I chose to watch some of the most popular offerings on Tubi, a free moving-streaming service. Without further delay, here we go! 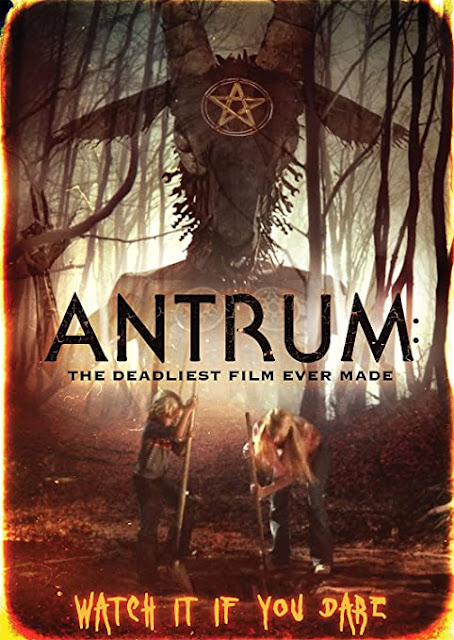 First up is Antrum, a mockumentary where we have a film within a film. The mockumentary follows the sordid history of a movie from the 70s named Antrum that, after a series of unfortunate events, disappears without being seen. Mysteriously, it turns up in the late 80s in a Hungarian theatre - but with modifications. As you would suspect, these modifications have such disastrous effects on the viewers, that more tragedies happen. The film is then considered cursed and vanishes.
After this bit of backdrop framing, we are treated to the entirety of the movie - with the modifications, of course. An unknown person or persons, has altered the movie by splicing in unpleasant sounds and bits of a snuff film. The "original" film itself, it actually quite good and does a good job of being a true 70s horror film. That being said, I thought that, while the modification of the film was an interesting concept, it really fell flat. If they had actually just shown us the "original" movie, it would have been a better movie. I recommend watching this movie for that reason alone. 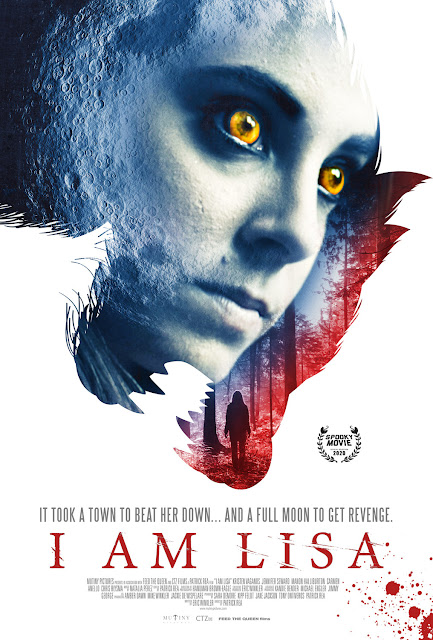 Lisa moves back to her Midtown hometown after getting a college degree in Antiquities from a Spanish University. Her grandmother has died, leaving her the old bookstore - a perfect job for an antiquities specialist. Unfortunately, the bullies she dealt with in high school are still the town bullies. Even more unfortunate, the head bully's mom is the town sheriff - a bully herself. Another local girl has been missing and there's a hint of a werewolf in the air.
Without giving the plot away, this is a low-budget film with some decent acting. It started out pretty strong and while the special effects, and some of the dialogue, was a bit on the cheesy side, I really enjoyed this movie for the majority of the time. The ending was a bit of a let-down, but that happens all too often. Still, it's a decent movie worth checking out. 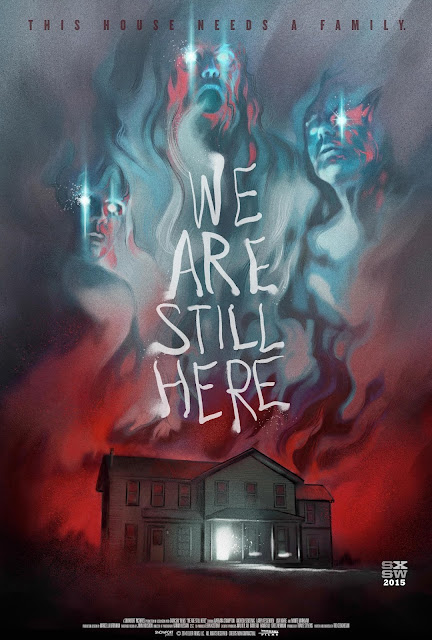 This movie stars scream queen Barbara Crampton, star of such 80s horror delights as Re-Animator, Chopping Mall, and Puppet Master. It's the 1970s, and Anne (played by Barbara) and her husband Paul leave the city for a country home to try and put the death of their 20-something-year-old son behind them. Little things start to happen around the house, convincing Anne that her son is still with them. What happens next is a tale of revenge that has moved throughout the decades and will end with Anne and Paul...and maybe their son, too.
Also starring Monte Markham, a veteran actor of repute, I was pleasantly surprised with this movie. This well-made, well-acted movie was creepy and had just enough gore - not too much and not too little - that it kept me engaged and on the edge of my seat. It was the only movie in this year's viewing that I actually loved. Highly recommend!
I know this post is a few weeks late. Honestly, I had planned to watch one more movie but working two jobs and having only one day off per week takes up a lot of time. On top of that, the fourth movie on my list was no longer available on Tubi. Oh well, at least I still got through most of them! I'm still stoked about this year's watches, even if I didn't get to the last one. Until next year!
Labels: Books & Music & Movies Musings