A Forgotten Winery and a Tasting Room

Back in late July, my friends Jayne, Keith, and I loaded up into my car to head north. Our destination? An out-of-the-way winery and a tasting room. The winery in question was Native 32 Winery, located in the countryside of West Point, NE. Its claim to fame is that its wines are made using Aronia berries. I've had Aronia berry products before at an Aronia berry farm in the Loess Hills and I admit, I wasn't a fan. But, this winery was on the passport program so I just had to do it. 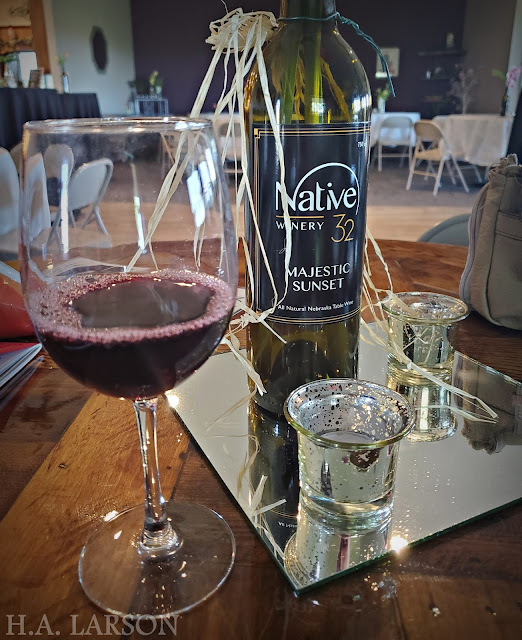 Aronia berries by themselves, will not make good wine so they are always mixed and made with fruit. Native 32 does make one wine with just Aronia berries, but I wasn't brave enough to try that one. Instead, I opted for Euphoria, their Aronia-Raspberry blend, and it was pretty good. 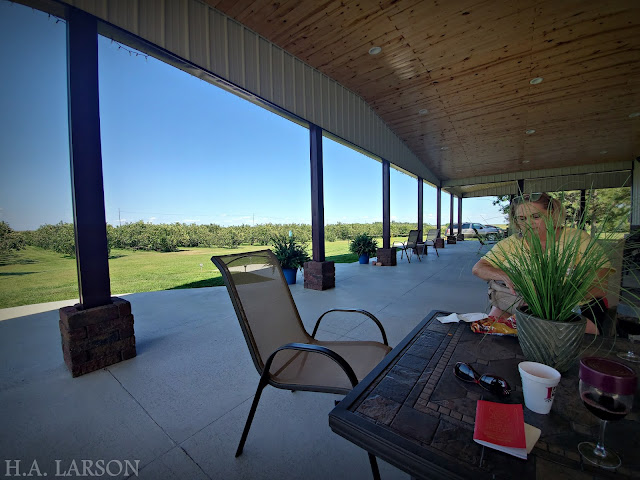 The best part about this winery is its beautiful setting - a large, covered porch overlooks the Aronia berry fields. So, after having a glass of wine indoors, we opted to sit outside. The bad part is that Aronia berries are fruit so fruit flies swarm the area. If you can see my wine glass in the foreground, you'll notice it has a cover on it. They have these for your glasses to keep the fruit flies out, but occasionally one gets in. Still, it was a picturesque setting and we enjoyed it. 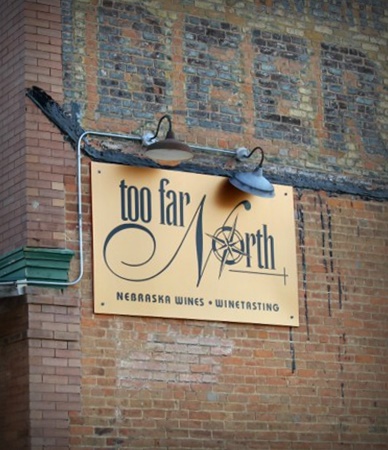 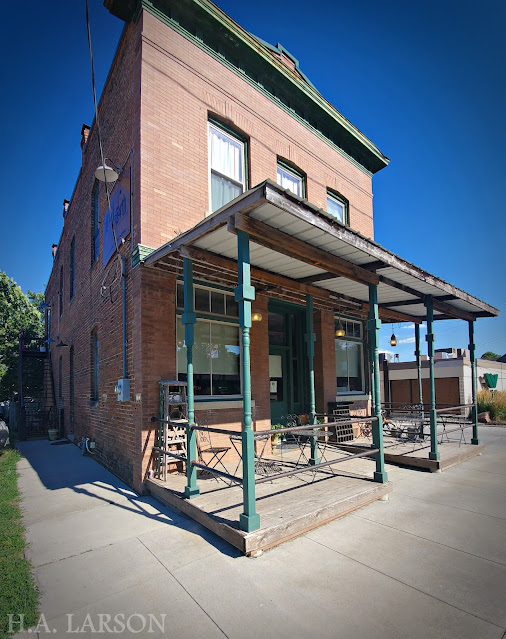 A view of the outside - an old, restored historic building. 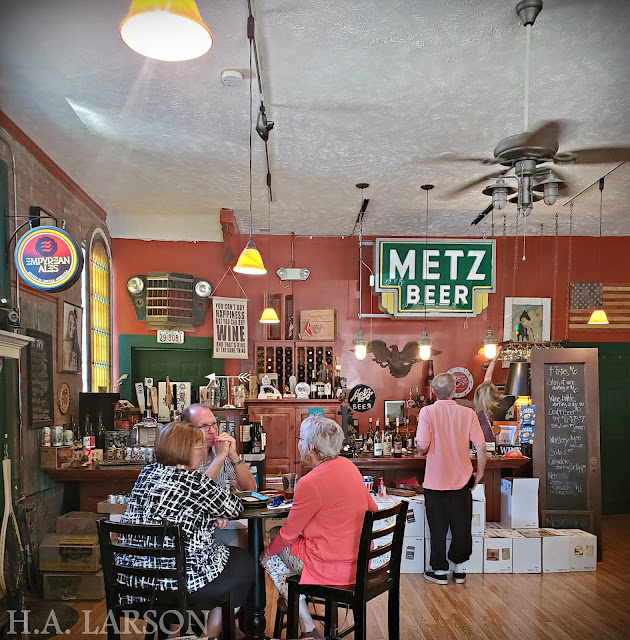 Sandy, the owner, was not only friendly and inviting but incredibly knowledgeable about my state's wine and beer. She was a great guide for finding the right drink. 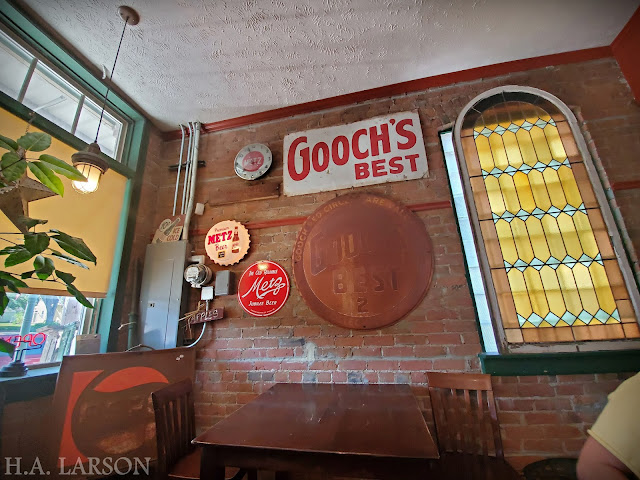 The interior is decorated in antique pieces, including old beer signs from Nebraska beers of yesteryear. 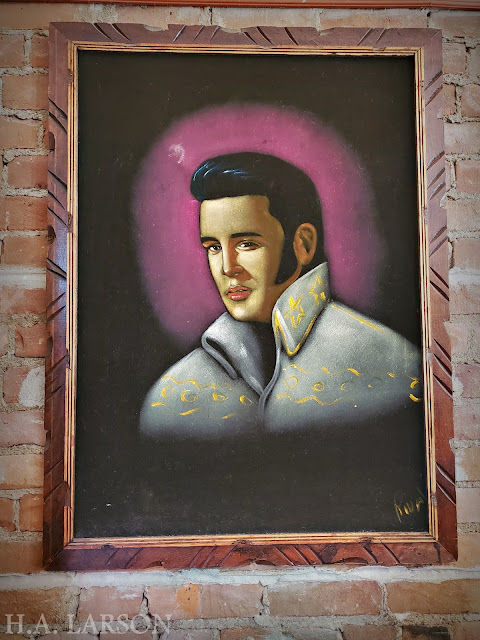 There was also the quirky, including a velvet Elvis. I couldn't resist getting a picture of The King! 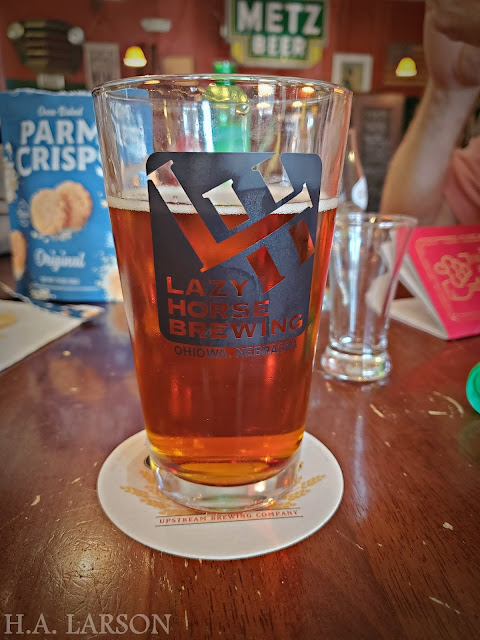 After a glass of wine, I opted for a Blueberry Wheat from Lazy Horse Brewing. Made in Ohiowa, NE, I'd never had a beer from here and it was delicious. I was told that they also make wine.
It was a great Sunday excursion with good friends. As has been the case during this Nebraska Wine Passport journey, it's been an interesting and fun journey to learn more about the state I've called home for two decades by driving through its countryside and sampling its wares.
Have a great week, my friends!
Labels: Adventures in Travel Food and Libations