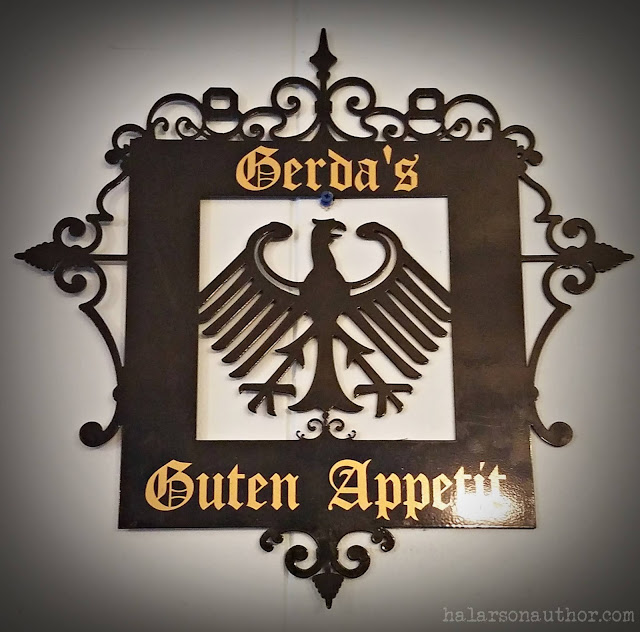 Recently, I decided to pore through my Google Drive in an effort to make more space. During the process, I came across so many pictures of things I had done and the places I had gone that I had completely forgotten about. One of those places was Gerda's German Restaurant. If you have lived in or visited Omaha on a regular basis, then you no doubt know of Gerda's whether you actually graced the establishment or not.
Gerda was a German woman who met and married an American soldier. Eventually, they made their way to Omaha where Gerda got a loan and opened her German bakery and restaurant. Her jaeger schnitzel was her best-selling item in a cozy place filled with murals of the German countryside, German flags, and other unique items, and her annual Oktoberfest brought 'em in by the 1000s. 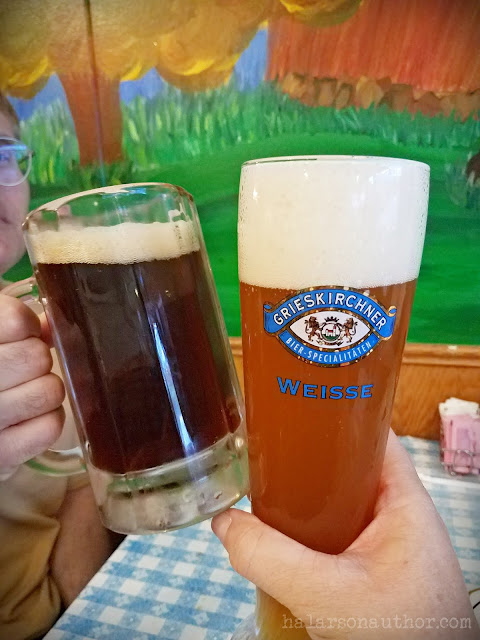 For my best friend, Keith, and myself, Gerda's was a place we could come to get a stein or mas of our favorite beers. Mine was Franziskaner Hefeweissbier, and it was on tap at Gerda's. We were served every time by the same waitress (who'd worked there forever) who would always greet us with a smile and complimentary hard rolls with butter - another Gerda's favorite. 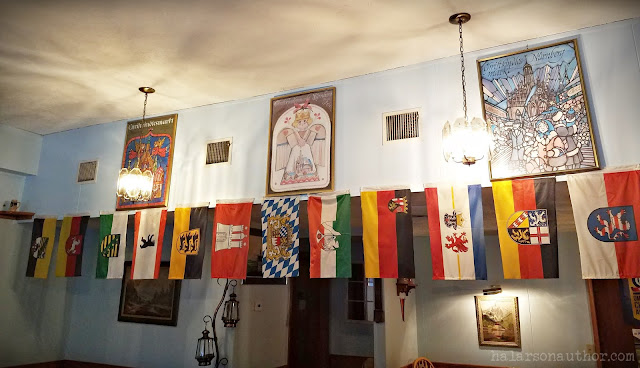 This particular visit was a few days after Gerda passed away in 2018. Keith and I shared a few tears with the forever waitress as we reminisced about the place we'd never get to grace again. 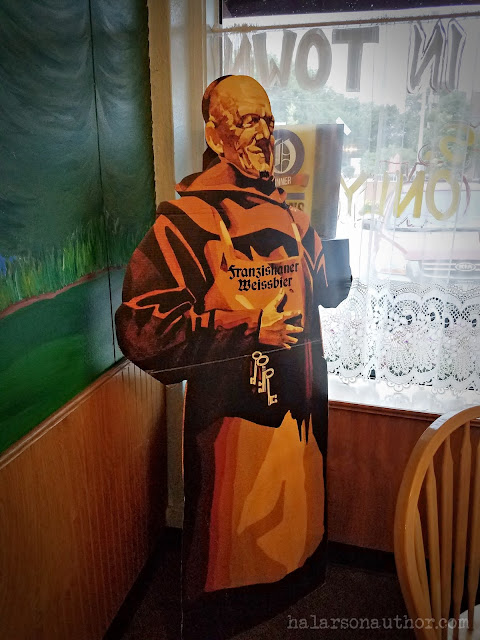 The monk that graced the bottles of my favorite beer stood watch in the corner, which I always thought was whimsical.
As it turns out, Gerda's children kept the place open for another year before having to close down permanently. I never went back during that time as I had already said my goodbye during this last visit. More than that, though, I sensed it just wouldn't be the same without being able to say hi to the woman who lived and breathed that restaurant. I miss Gerda's and being able to get a tall, cold glass of Franziskaner.
Ruhe in Frieden, Gerda.