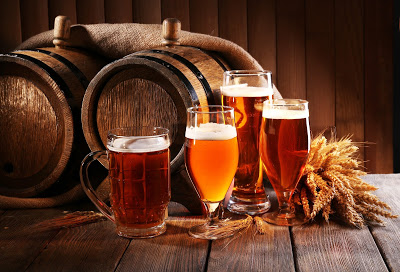 You and I both know how much I enjoy a good beer. I've talked about it here regularly and considering this whole series, it's not really a surprise. But, I've also talked about how I want to cut down my alcohol consumption because let's face it, it's easy to take things too far. I've actually tried giving it up altogether - big fail - and I've also tried tactics like getting into drinking seltzer waters to trick my brain into thinking I was drinking hard seltzer - a drink I got into a few summers ago. This was pretty successful and I actually got into drinking seltzer waters, which are good for you. Unfortunately, I still really missed a good beer now and again, so I started thinking of other options.
I understood that I didn't want to quit drinking entirely, but rather cut my alcohol consumption down to a more occasional thing. There are good reasons for this, but as I've talked about it in detail before, I won't bog this post down with them. At any rate, I started thinking about non-alcoholic (NA) beers. I'm no stranger to NA beers, having found a friend in Coors NA while I was pregnant with my daughter. I've also had O'Douls (the original NA beer), and while I found the Coors NA to be better, they both lacked the flavor of a real, quality, specialty brew. I love stouts, ales, lagers, and goses, to name a few, and there weren't any NA beers of this ilk, that I could find. 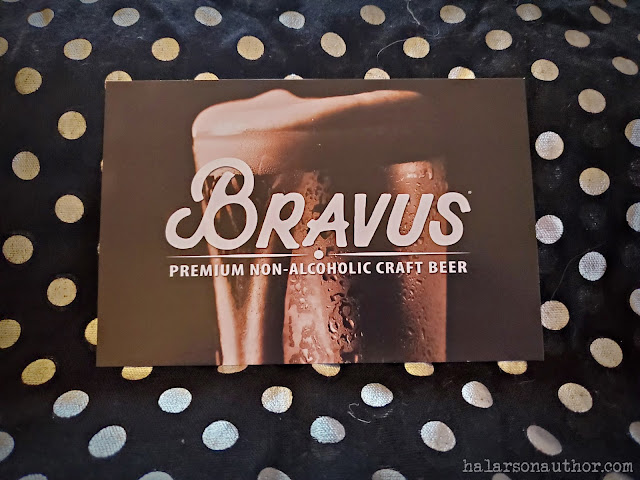 So, I turned to the internet for assistance and found a couple of places that brew actual NA beers that seem to look and taste like the real thing. After scoping out a few and thoroughly reading some reviews, I decided to give Bravus Brewing Company a try. Based out of California, they are the only brewery that exclusively brews NA beers, and we're not talking some run-of-the-mill beer either. They brew stouts, IPAs, ales, goses, and others. If that wasn't intriguing enough, they will ship their brews to you. Since it was more cost-effective, they had good reviews, and because it would take a while to get brews when I wanted them, I decided to take the plunge and order three cases of the ones that I wanted the most. 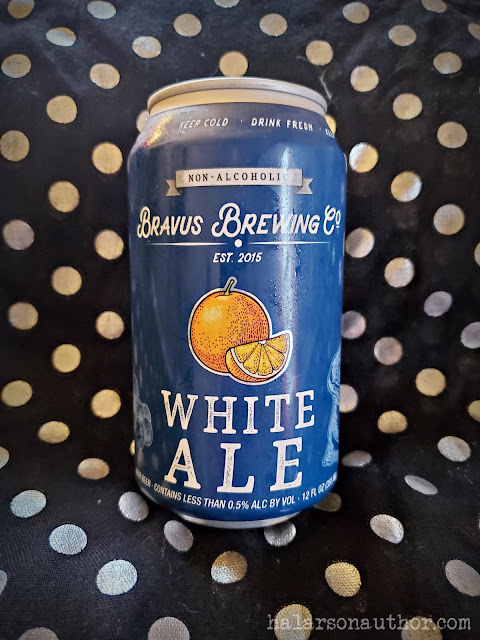 The first one I picked was the White Ale. If you've ever had a Blue Moon and liked it, then you would like this. Ale is a light brew and this style is brewed with orange, making for a crisp, clean, and refreshing taste. 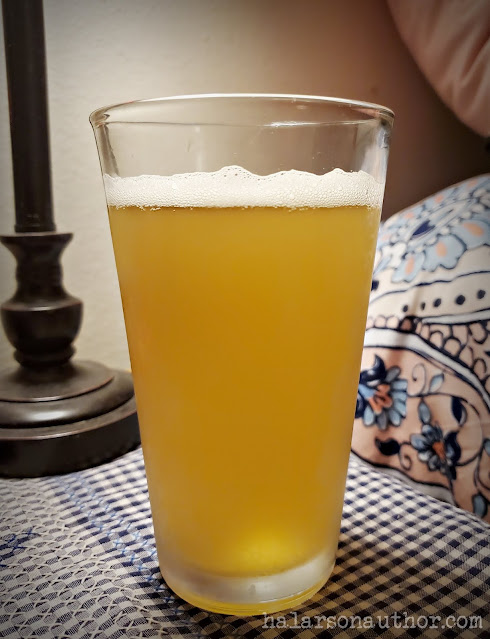 This is what it looks like poured in a glass. Let me tell you, this brew is delicious. 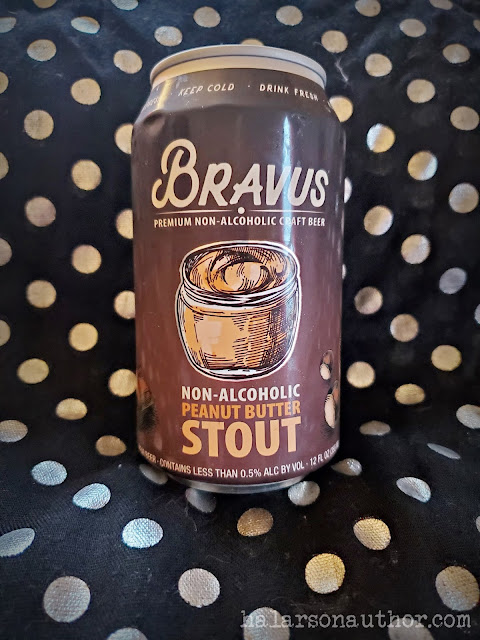 Bravus brews an oatmeal stout, one of my favorite stouts. Stouts, if you aren't aware, are a dark, malted beer. The malting adds a rich taste and color that has a lightly sweet, caramelly taste. When I was shopping on their site, they showcased their limited-run Peanut Butter Stout. I love stouts and I love peanut butter, so instead of ordering their oatmeal stout, I went with this one instead. 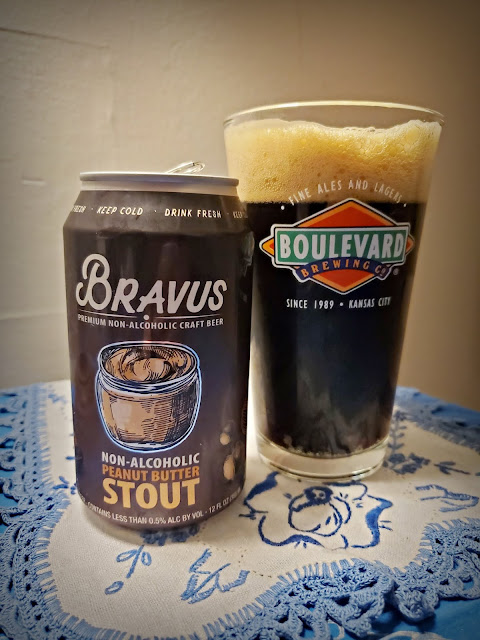 It was everything I would want and expect in a stout. Dark, a little heady, and very flavorful. I poured it into my Boulevard glass, a brewery that makes my favorite beers of the alcohol variety, and it looks like a stout! 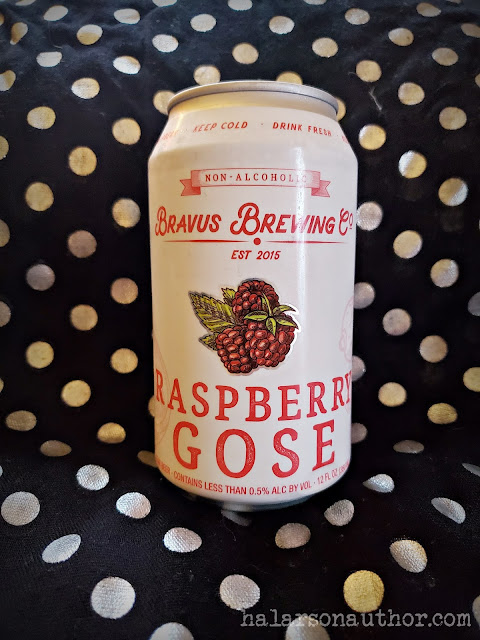 Last, but certainly not least, I purchased the Raspberry Gose. The main components of a gose are usually citrus, herbal, and a hint of saltiness. This translates into a fruity and sour light beer that is refreshing, especially on a hot day!
I have to tell you that I'm very impressed with the NA beers from Bravus Brewing Company. Not only are they delicious and taste like their alcoholic counterparts, but you'd never be able to tell you were drinking a NA beer. This is the perfect drink for people who don't want to consume alcohol but love to drink beer or would like to fit in at gatherings where everyone else IS drinking. So, say goodbye to that O'Douls and grab yourself a better option!
Labels: Food and Libations