While I'm not obsessive about baking, by any means, I do like to make homemade bread. I have two bread machines that I put through the paces a few times a month. Now, though, with excess time on my hands, baking bread has become a thing I do while I'm working at home. 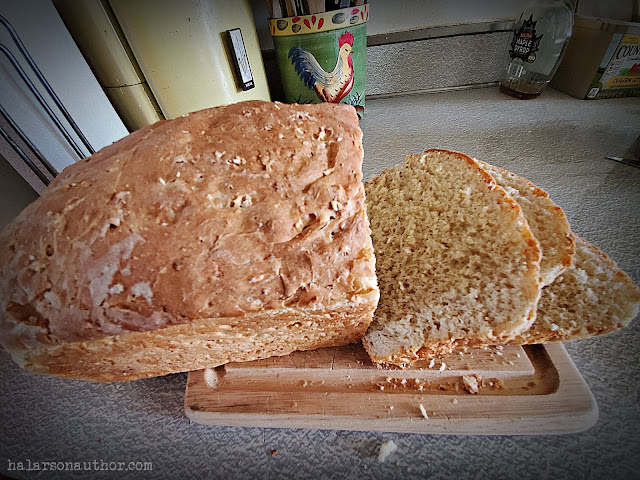 This is a loaf of Oatmeal Maple bread. The recipe was in the ancient booklet that came with the ancient machine I picked up at a thrift store years ago. I typically only use the "Basic White Bread" recipe and maybe do some add-ins here and there. This time, I decided to try a different recipe. Unfortunately, I accidentally turned off the machine after the first rise because I was wiping it down. Why? Well, cleaning is another thing that seems to be happening around here at a more accelerated rate. More time = more cleaning projects. I digress, however, and since I turned off the machine, I pulled the dough out of it, put it in an actual bread pan, let it rise a second time, and then baked it in the oven. It came out perfect! It was so delicious as well. Oats tend to give things a nice flavor, and there was just a hint of maple. 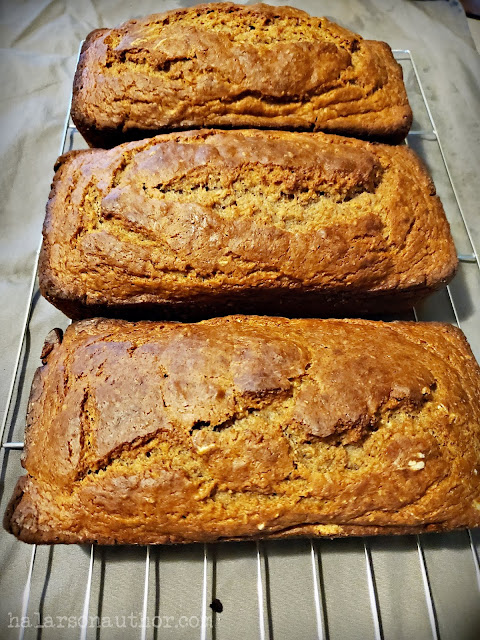 I had been meaning to make banana ice cream for a while, so I made a batch. It was not a hit with any of us, but since it's just blended, ripe bananas, I thought that I could just make a large batch of banana bread so I wouldn't waste it. I have to say, it was the BEST banana bread I have ever made. Wonderful for breakfast or dessert.

One bread I had wanted to make for MONTHS but hadn't was No-Knead Crusty Bread. It's a lengthy process, yet easy, so I finally got around to making it. It...was...awesome! I served one loaf with a hearty pot of homemade lentil soup and it was a delicious meal.

I also made a loaf of the Basic White Bread but it wasn't very pretty - it rose over the bowl insert in the machine for some reason - so I'm not bothering to post it. 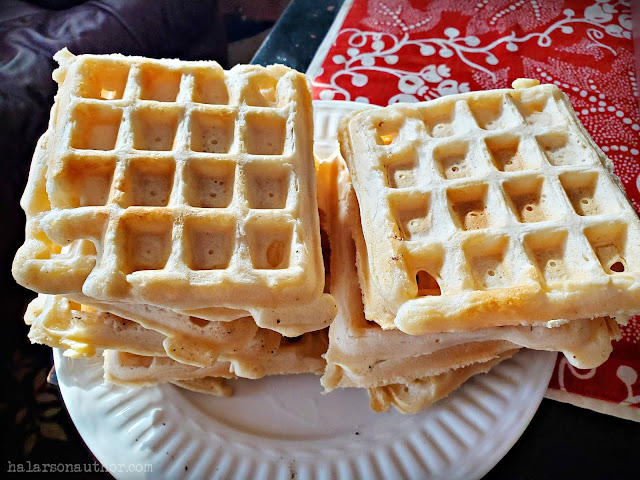 I made these delectable Lemony Cornmeal Waffles for breakfast this past weekend and they were a big hit. Are they bread? Well, yes, they are a kind of quick bread. Besides, they were so amazing that I couldn't leave them out of this post. 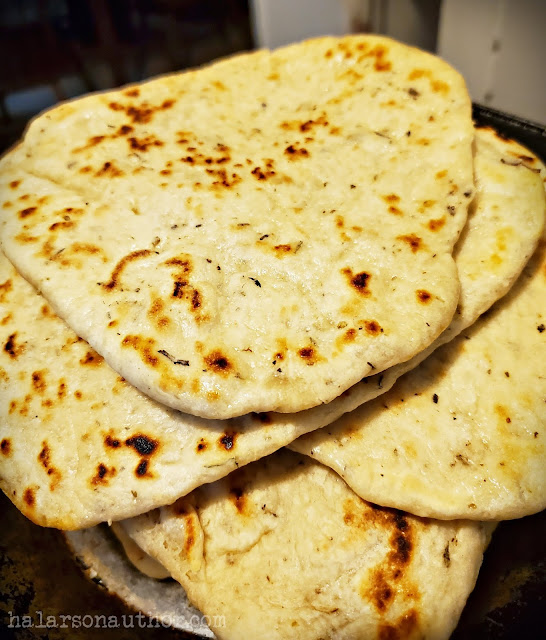 Last, but certainly not least, I made a bunch of herbed flatbreads to serve with a curry I made. I started posting a list of supper ideas on one of the kitchen cabinets and every day, someone gets to pick what they want us to eat that night. My daughter decided that the curry and flatbreads sounded really good, so she helped me make all of it. After we ate, she happily declared that flatbread is her favorite bread. I don't blame her one bit.

Have you been making any bread? Let me know what you made and how it came out!