No doubt about it, amateur photography is a hobby of mine. In fact, I purchased a nice camera a few years ago, only to find that the newer generation smartphone I bought sometime later actually takes MUCH better photographs. So, I'm still searching for a good quality camera that doesn't cost a fortune (I talked about all of this in this post).

I digress, however, so let's get back to this post. I like to take my phone with me everywhere, mainly to take photographs (okay, okay, so I'm mostly checking my social media, damnit, but I do take lots of photos, too, I swear!). While the majority of them don't make the cut, there are plenty of gems in there. Here are some of my favorite ones from the past few months. 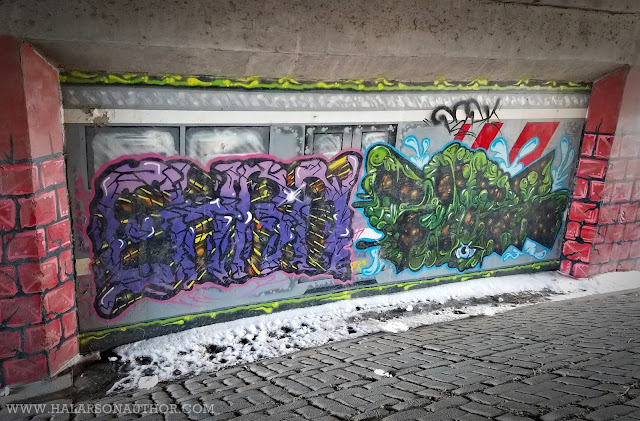 We have a nice, paved trail in the city that people can walk, run, or bike on without ever having to get on the city streets. It runs for several miles, as well, ideal for those who like the exercise without having to drive outside of the city.

Where the trail runs under bridges, you can often find graffiti, such as this one. 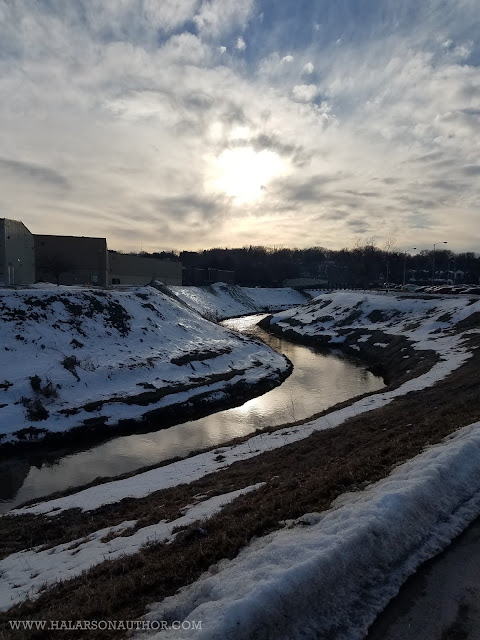 I took this the same day on the same trail. As you can see, it was still Winter, and the Sun shone through the clouds in such a beautiful way. I love this picture. 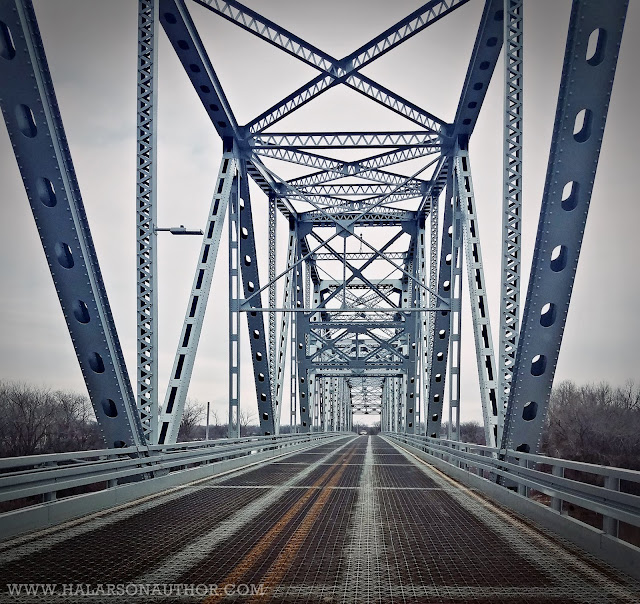 This is a shot as I rode over the I-680 bridge North of Omaha (no, I wasn't driving). Unless you've been living under a rock, you know that Nebraska suffered severe flooding this year. Because of it, this bridge was impassable for a while. This was the first time I crossed it after the water receded enough to do so. 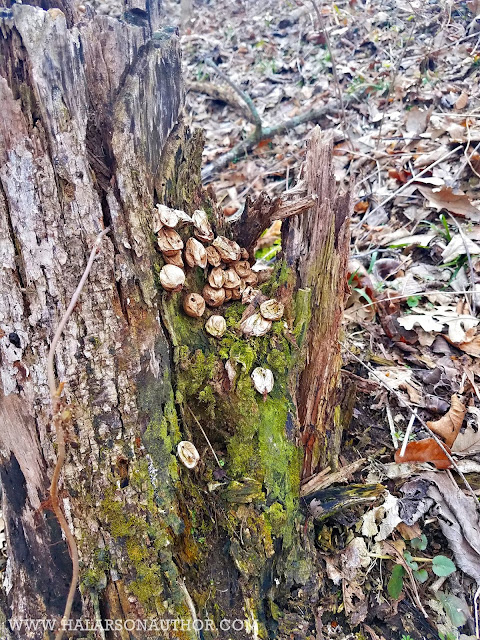 Before Spring hits full bloom, I like to snap pictures of anything that's green. Here we see moss and mushrooms growing on a ripped up old tree stump. I took this photo out at Hitchcock Nature Center. 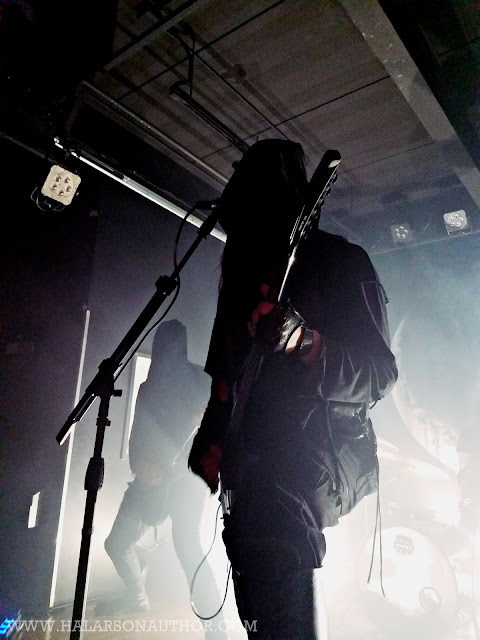 I've mentioned before that I'm a metalhead (loud and proud for 33 years now), and I snapped this shot at a black metal concert I went to last month. This is the band UADA. It was an incredible show and I was literally front and center making for a perfect place to shoot pictures. 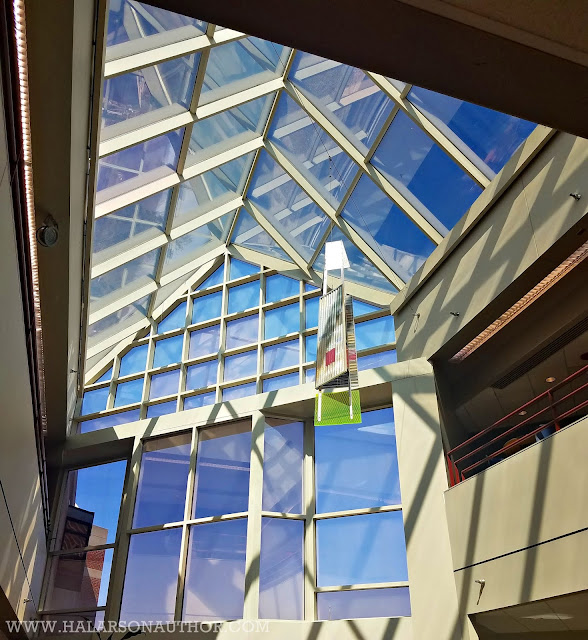 This is a shot from the atrium in my office building. My office is on the second floor, and this shot pans up to the top of the skylight on the third floor. I'll be sad when they close off the third floor eventually. 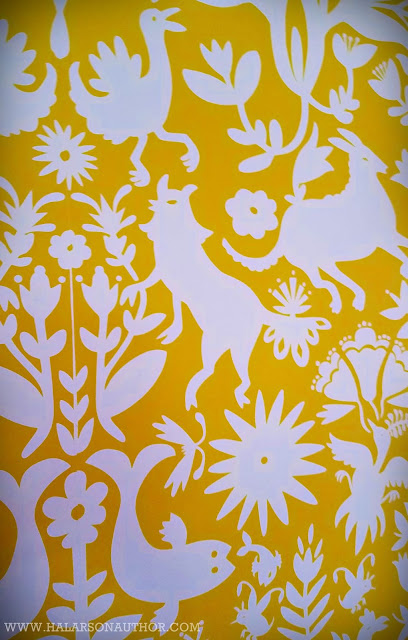 This is the patterned wallpaper that adorns the back wall of the Barchen Beer Garden. I met up here with friends a week ago for a couple of beers after work. Great beer on tap and cozy, beer-gardenesque decor. 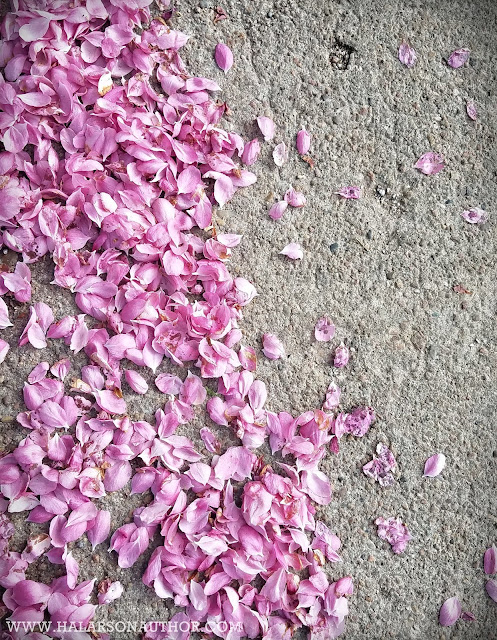 This was taken on my daily walk to work. These trees (I have no idea what kind, I'm terrible at knowing jack about flora and fauna.) drop their leaves early, and it made for a nice contrast to the cement street.

Well, I hope you enjoyed some of the best of the random photos I've taken lately. Let me know what you think in the comments!