The Short: Review of Sound and Color 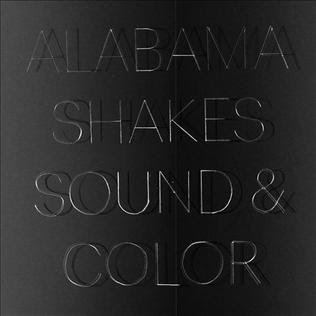 Hey everyone! It's been a hot minute since I've done The Short. If you're unfamiliar with it (which isn't hard as I've only done a couple of installments), it's a segment where I do short album reviews. This review has been a long time in the making, and I do mean a long time.

I bought this album nearly two years ago, which I documented here, and I have been meaning to review it ever since. I'm mainly a metalhead, as you already are well aware of, but I do have a fondness for a few other types of music, mainly rock, blues, Renaissance rock/folk, and some 50s & 60s pop music. Other than that, I just have an occasional band here and there that resonate with me. Alabama Shakes are one of them.

I first heard of them, maybe around four or five years ago, when a friend of mine posted a song on my facebook timeline off of their debut album. The song was "Hold On" and the album was "Boys & Girls". I listened to a few songs off that album, and while I liked it, I wasn't totally blown away. What drew me in and kept me in was the impassioned vocals. Then...Sound & Color came out.

Released in 2015, this album is a beacon of light in a veritable sea of music. It's intensity is palpable, both in musical quality and depth of lyrics. Covering an array of styles, their sound, as always, is carried by the powerful voice of their front-woman, Brittany Howard. Besides some operatic pieces I've heard over the years, no voice has ever touched me as emotionally as this one. Even now, when I listen to some of these songs, they bring tears to my eyes. On top of that, the music itself resonates far inside.

And, that...is what music should be about. It should touch parts of you that are buried deep, and connect with you in a way that nothing else can. It's food for the soul. Thank you Brittany and Co.


Don't forget to sign up for my newsletter in the upper right-hand corner of this site. I'm going to release a short story, in four parts, exclusively for my email subscribers. You do not want to miss this opportunity!

I also have a Patreon now, which you can find here. Thank you to those of you who have already signed up! There's a special post just for you now. If you want to unlock it, it will only cost you as little as $1.00/month! Yep, $1.00 per month. What have you got to lose?
Labels: Books & Music & Movies