A Weekend in the Mile High City 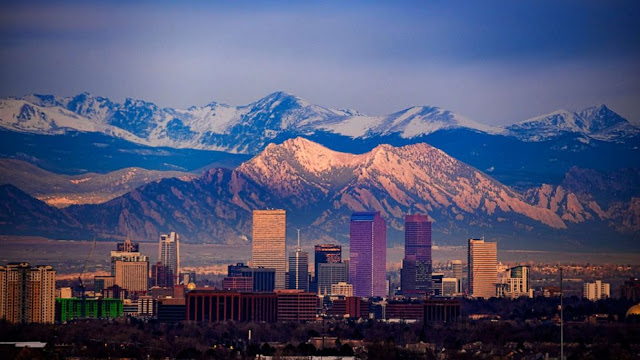 Back in October of 2021, I was supposed to attend a concert in Denver with a friend of mine. Earlier in the year, I had hesitated to buy a plane ticket because...well, you know...Covid. Every concert I had even thought about attending was ultimately canceled. Finally, in June of last year, Southwest Airlines was having a killer sale so I purchased a round-trip ticket for ridiculously cheap and booked a couple of nights' stay at a hotel using some of my rewards points (thank you, credit card churning!).
I swear, not even a week later the concert was canceled! Throwing my hands up in the air and audibly groaning, I canceled my hotel room, secured a refund for my concert ticket, and canceled my flight with Southwest. Of course, Southwest wasn't about to give me a refund so, instead, they gave me a voucher to use against a future flight...provided I booked said flight within one year's time.
This year, I have a couple of trips coming up and had hoped I could use my Southwest voucher against one of those flights. Unfortunately, Southwest didn't fly to one of the destinations, and the other would cover so little of the flight as to be laughable. Realizing I had to use it or lose it, I thought, "What the hell?" and decided to go ahead and fly out to Denver some random weekend.
I found a flight one weekend in May - flying out on a Friday and flying back in on Monday - that the voucher almost completely covered the cost of and booked it. I looked for a hotel room (using reward points again, but this time for a different hotel chain) and was able to cover two nights out of my three-night stay. I have a friend that I grew up with who lives in Denver so I figured we could hang out and catch up while I was in town. I messaged her to see if she would like to hang out over the weekend and possibly host me the first night. She generously offered for me to stay with her the whole weekend as she had bought a house with a guest bedroom and even volunteered to pick me up at the airport. I gratefully accepted!
I flew in and the next day, after a leisurely coffee morning, we headed to Red Rocks, the infamous amphitheater in the mountains that has hosted the likes of U2, The Eagles, the Grateful Dead, and Jimi Hendrix - to name but a few. In addition to the amphitheater, there's also a decent 1.5-mile hiking loop and a small rock museum, mainly dedicated to John Denver. 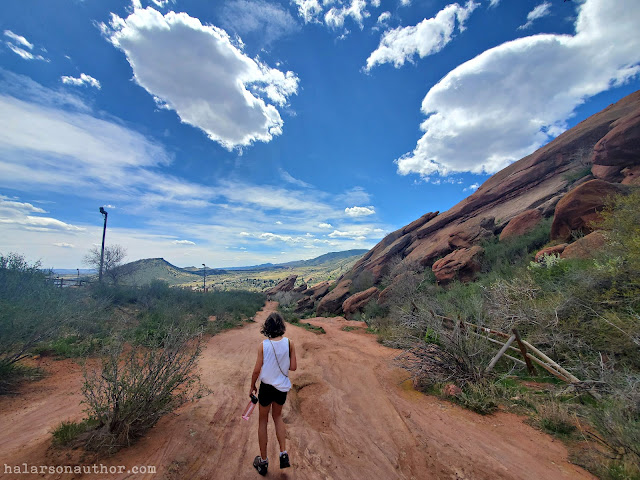 While it was getting warm by the time we got there, the skies were gorgeous and the scenery was one-of-a-kind. 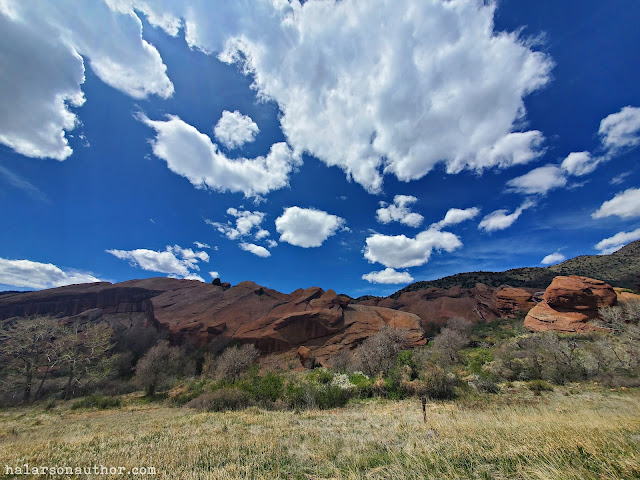 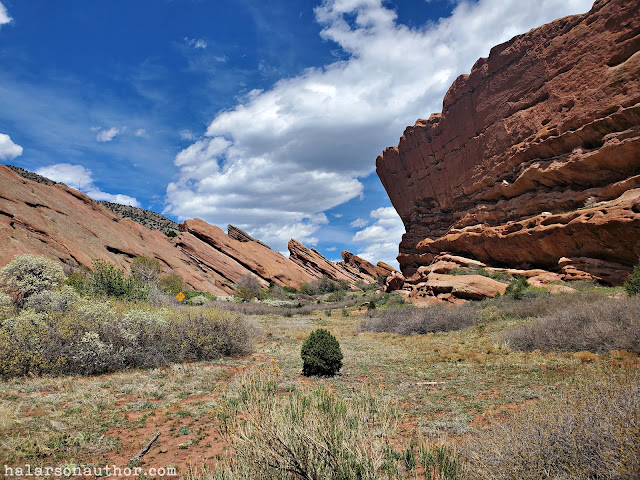 We walked through what felt like an endless landscape of red rock set against the brightest blue sky filled with big, white, fluffy clouds. It was truly a wonderful contrast. 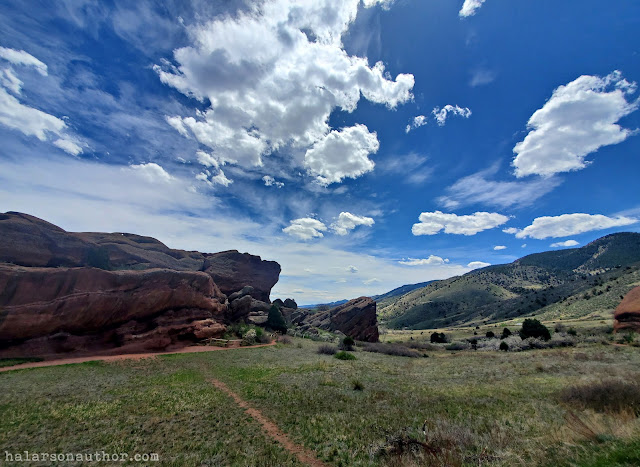 For only being 1.5 miles long, the trail was definitely a bit more challenging than one would think. 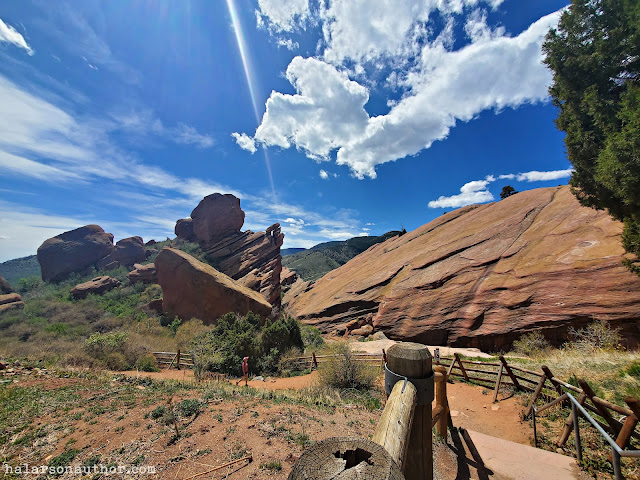 Completely worth it, though. 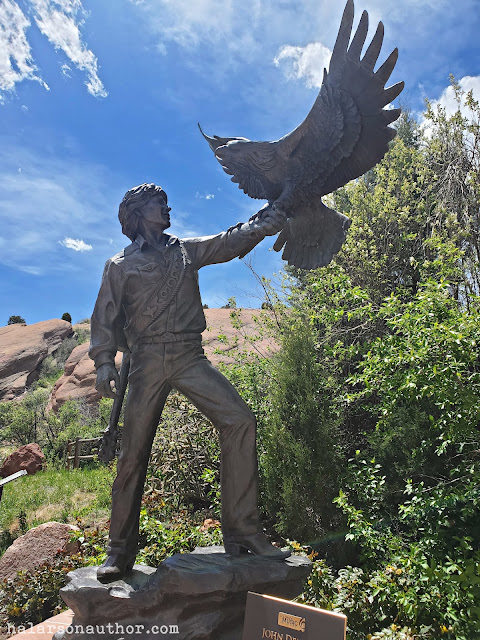 After we made it back to the Visitor's Center, I stopped right outside to snap a photo of this statue of John Denver. 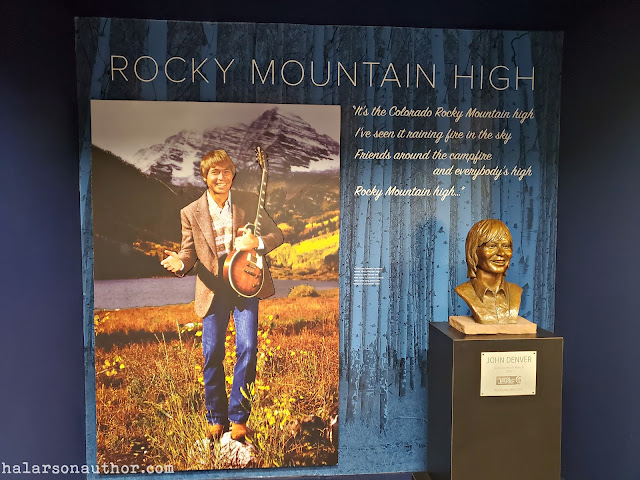 As I mentioned before, the center's museum is largely dedicated to John Denver - no surprise considering how much he loved the Rocky Mountains. To learn more about Red Rocks, click on this link. 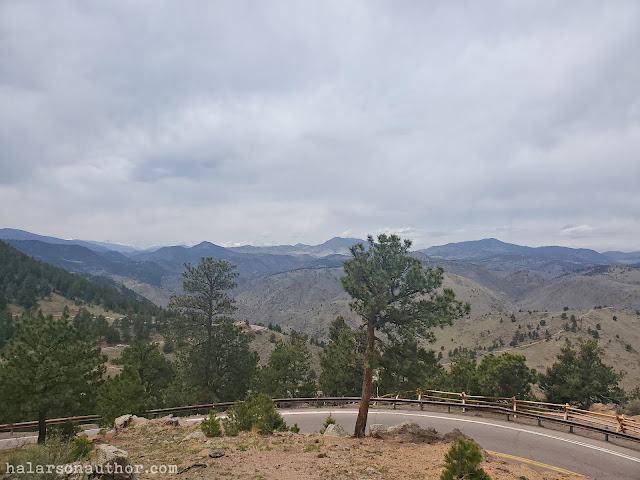 The next day we drove up to Lookout Mountain. Not technically a mountain, but rather a foothill, it sits on the eastern flank of the Front Range of the Rocky Mountains. While you can hike various trails around here, it was Mother's Day, so my friend Cassie and I just leisurely explored the grounds. 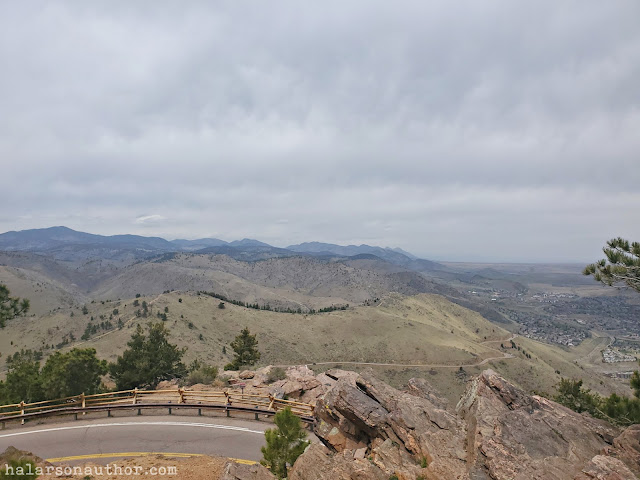 The lookout affords expansive views of the mountains and the town of Golden, which sits at its base. 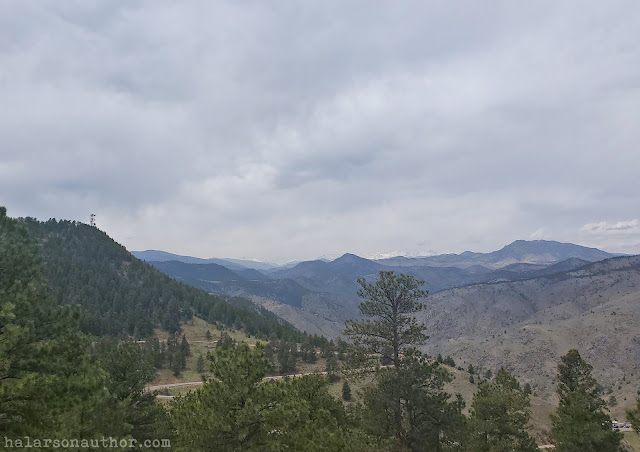 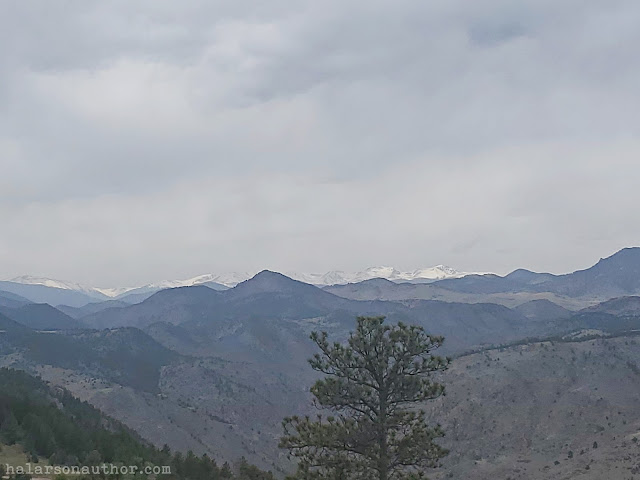 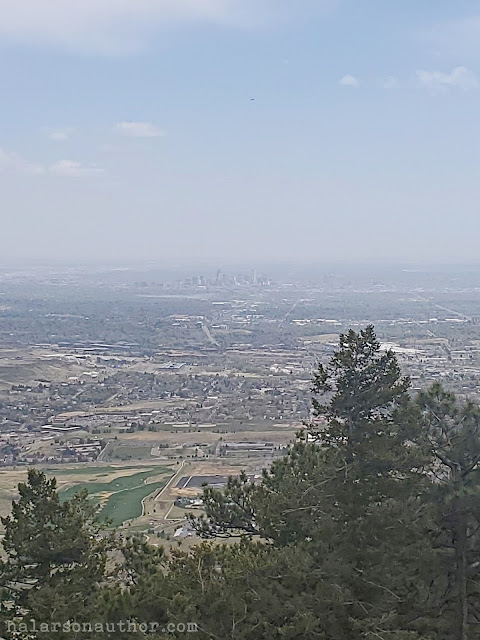 Even though it's 12 miles away, we could clearly see downtown Denver from our vantage spot. 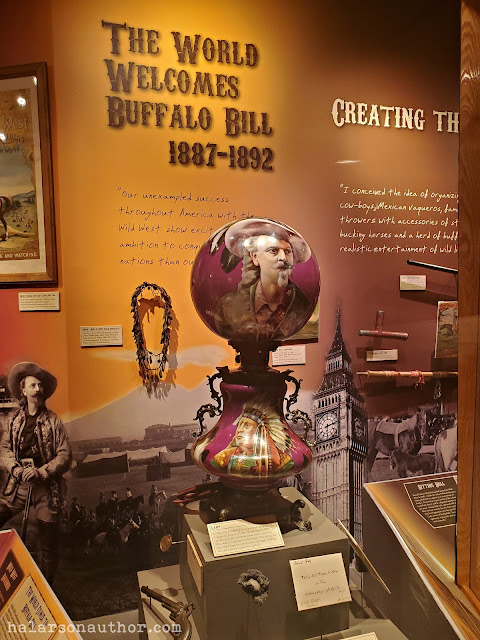 An interesting point of interest at Lookout Mountain is that it's the final resting place of Buffalo Bill Cody. We took a tour through a small museum dedicated to the showman. 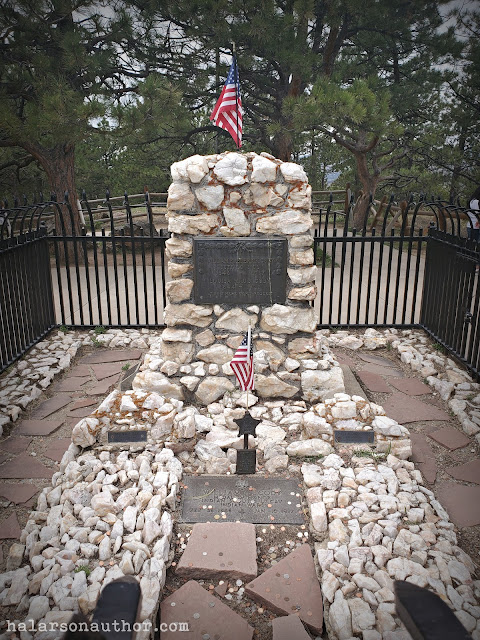 Considering I visited Buffalo Bill's Ranch last year during a trip out to Western Nebraska, it was cool to bring it all full circle at his grave. 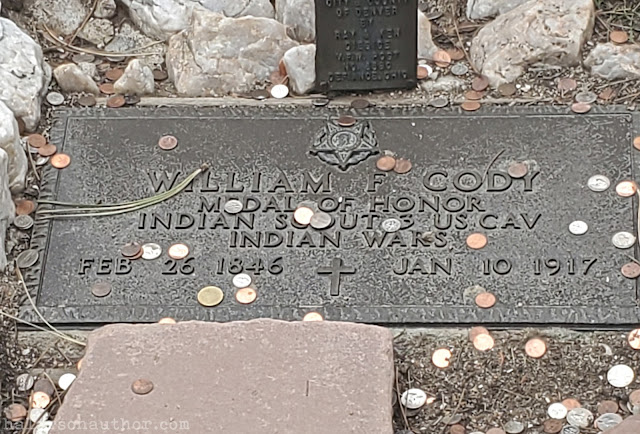 A plaque marks Buffalo Bill's final resting place.
I had a wonderful weekend in Denver. It was relaxing, I got to see a few neat things, and I had so much fun catching up with Cassie, reminiscing about our childhoods and all the shenanigans we got into when we were younger. It also marked the first time in a couple of years that I actually got farther away from Omaha than a few hours away or got away by myself. I truly needed it.
Have a wonderful, long weekend, my friends!
Labels: Adventures in Travel Musings Photography The Great Outdoors