My Staycation and All the Hiking 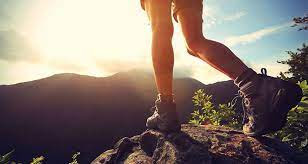 I was on vacation the week of Labor Day and, except for my brief trip out to Western Nebraska, I stayed around home this time. Yes, I took a bonafide staycation. Why? Well, I'm a single-income house now, for one thing, and I recently took on a loan for a brand new car. While I have plenty of money in the bank, that's my emergency fund and it wouldn't be much of an emergency fund if I kept dipping into it now, would it?
Just because I took a staycation doesn't mean I didn't have fun. There are plenty of ways to have fun on a staycation, something I've written about in the past, and I certainly did. Unfortunately, I caught a cold the night I returned home from Western Nebraska, so I took plenty of Zicam, drank lots of water, and got good sleep each night. So, what did I do - besides doing battle with a cold? Well, my life had been so busy up until June, combined with a torn meniscus and an old car that wasn't road-worthy, that I decided I wanted to get out and hike in all of my favorite spots. I also decided on long, coffee mornings and some writing. I did all of that. 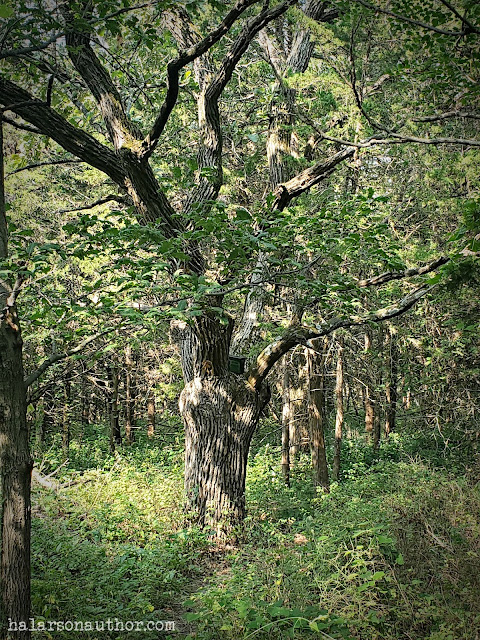 Tuesday, I headed out to Schramm State Recreation Area. I stopped to look around the forest after I reached the top of the ridgeline and spied something in this tree. Do you see it? 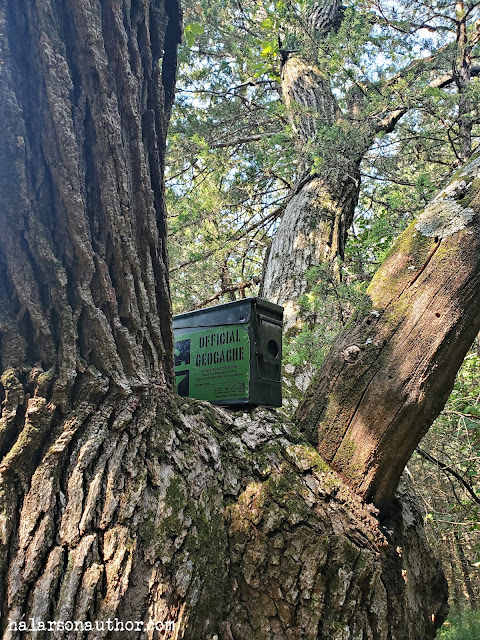 It's a geocache! My Dad is big into geocaching and when I was pregnant with my daughter, I was into it big time. Alas, I lost interest during the time I was raising an infant and never picked it back up again. That didn't stop me, however, from signing the book inside. 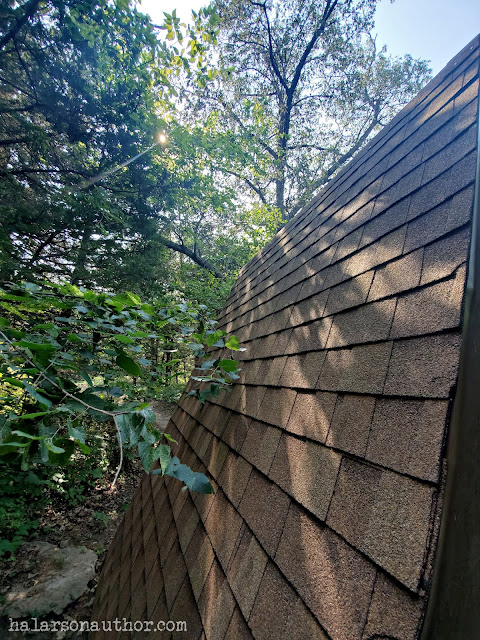 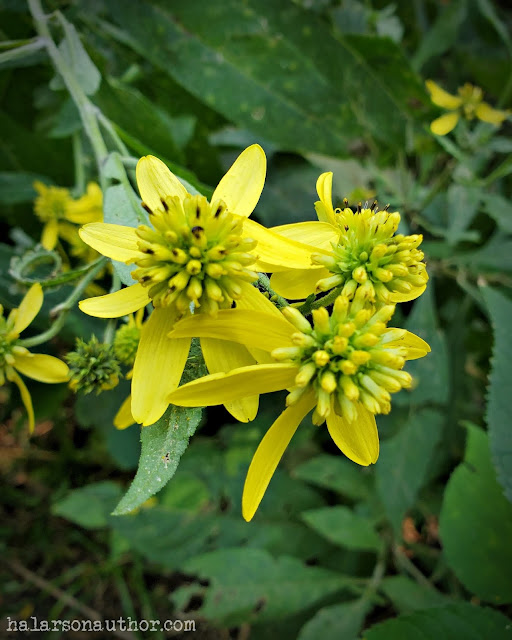 Eastern Nebraska is rife with wildflowers that blossom and wane depending on the season. This buttery beauty is a wingstem. 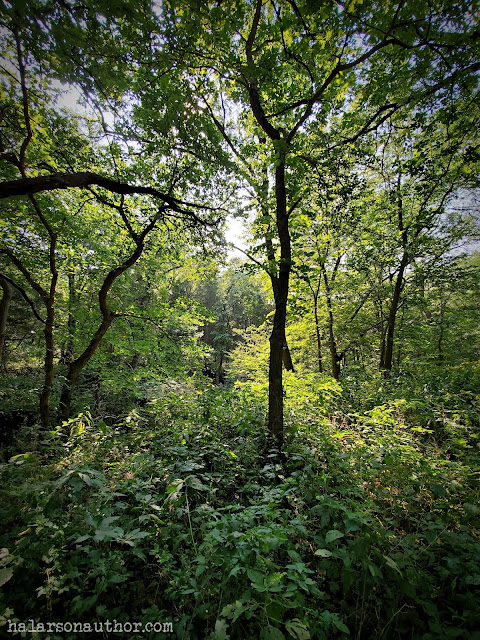 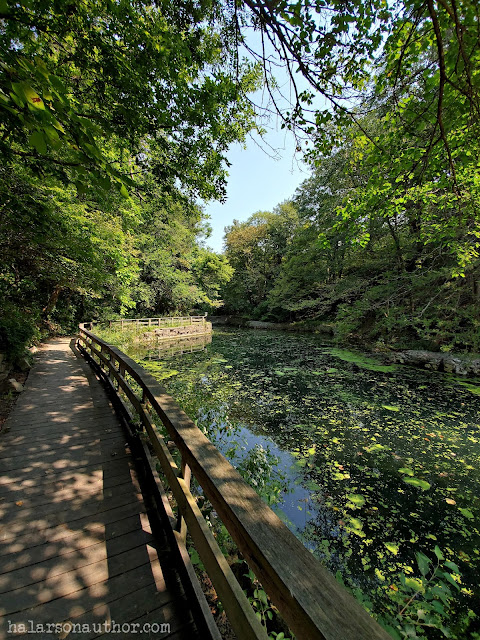 No matter how many times I go to Schramm, I never tire of the views around the fish hatchery ponds. 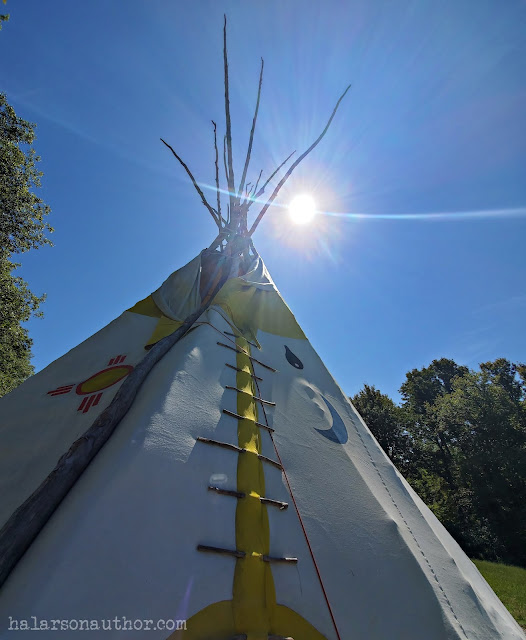 On Wednesday, I recruited my friend Rebecca to go hiking with me. We headed down to Platte River State Park. It had been ages since I'd been there, so it was nice to see the teepee they put up every year during the warmer months. 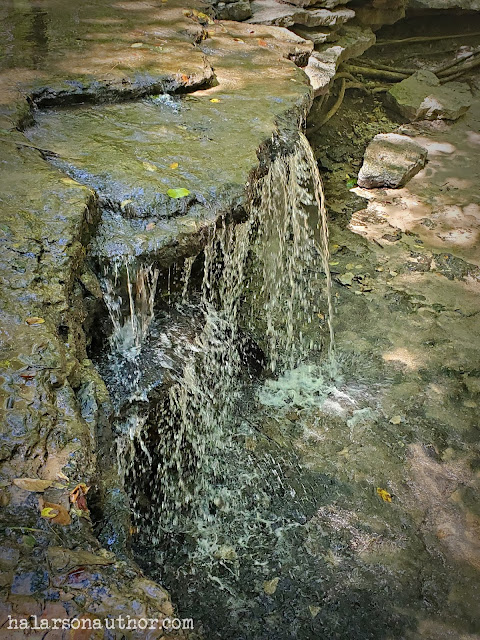 PRSP has a small waterfall midway through its main trail and it's always fun to stop and spend a bit of time splashing around on the rock slabs that carry the water down to the next level. 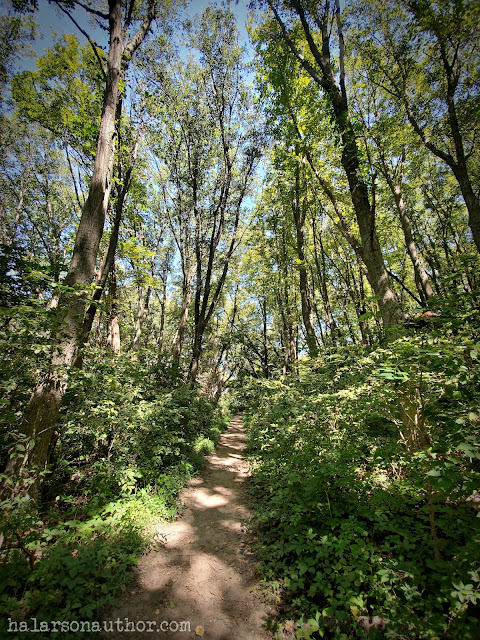 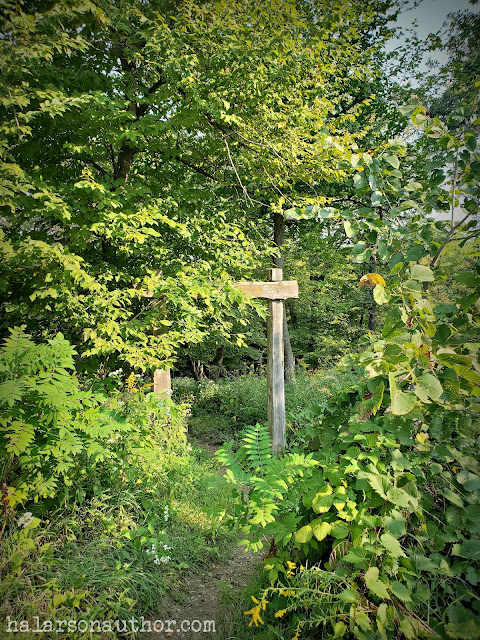 On Friday, I went out to Hitchcock Nature Center across the river in Iowa. Their main entrance had been closed for some time, but now that it was open again, I was eager to hit up their trails. It's my second favorite park behind Neale Woods. 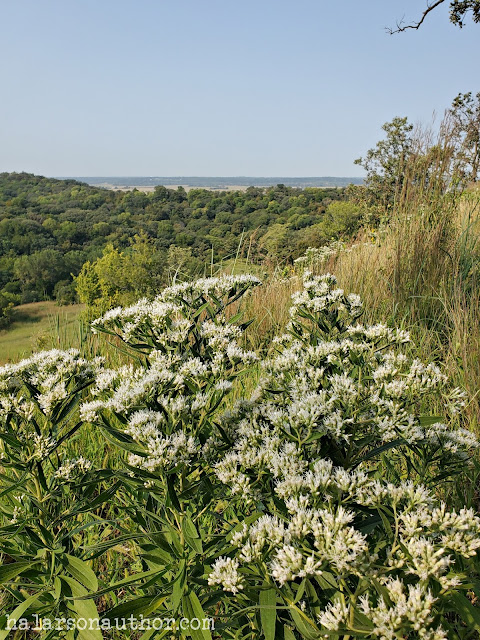 The views from Fox Run Ridge are always stunning. Off in the distance, you can see the Ponca Hills of Nebraska, where Neale Woods resides. 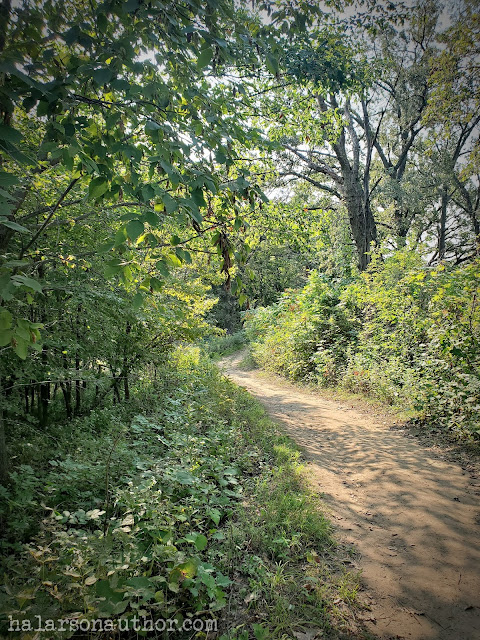 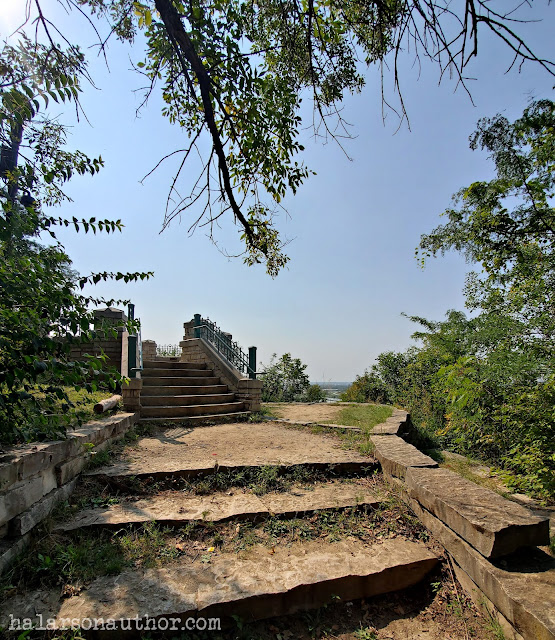 Since it had literally been years, I left Hitchcock and drove over to the Lewis and Clark Park lookout just north in Council Bluffs. 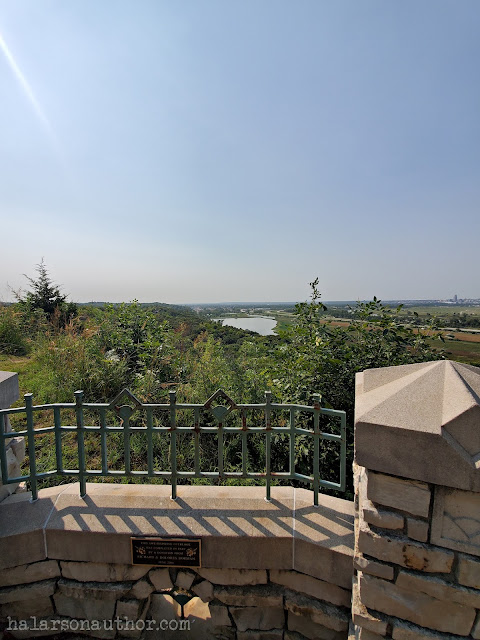 The nice things about being on the ridges of Loess Hills are the unobstructed views for miles!
I had planned on taking at least two more hikes this week, but I - unfortunately - caught the cold my daughter had and needed a few days to rest. Why couldn't I have gotten sick the next week instead of my vacation? Oh well, such is life, right?
Have a great rest of your week.
Labels: Photography The Great Outdoors