Saving Money and Being Less Wasteful 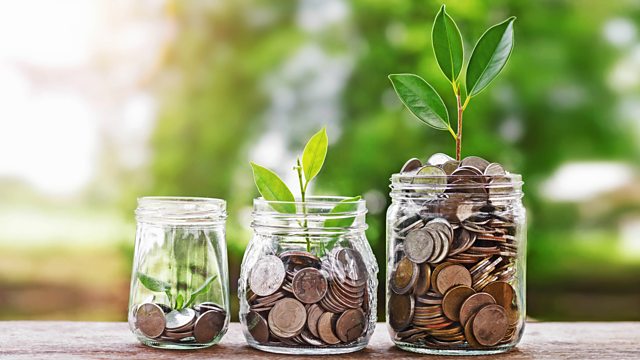 I've always been a fairly frugal person, but after I leaped into the FIRE, my frugality has definitely ramped up. One of the discoveries on my journey is that there are always ways one can be more frugal and, in the process, save more money - a tenet of FIRE.
Another aspect of FIRE that I'm learning from scratch - unlike my frugality - is minimalism. Minimalism is a life approach that aims to live simply, frugally, and less wastefully. It's no surprise, then, that the road to financial independence is paved minimally.
Here are things I'm doing to be frugal, be less wasteful, and save money.
1. I quit buying cans of beans
As a majority plant-based eater, beans are a staple in my diet. Every trip to the grocery store would see me bringing home at least a dozen cans of different kinds of beans. Not only does this add up in cost, but it was almost sickening to see the number of cans that I was putting in the recycle bin each week. Surely there was a better way. Well, it turns out that there is. I invested around $45.00 in an instant pot. With this modern marvel, I can cook dry beans into perfectly tender beans in under an hour! A one-pound bag of beans costs approx $1.50 (less if you buy bigger bags) and will yield roughly 6.5 cups of cooked beans. By contrast, the cheapest can of beans is around $0.75 and yields about 1.75 cups of beans. This means that I pay approximately $0.40 for the same amount of beans that a can of beans provides. If that wasn't sweet enough, I'm cutting down the amount of waste I generate by a large amount. 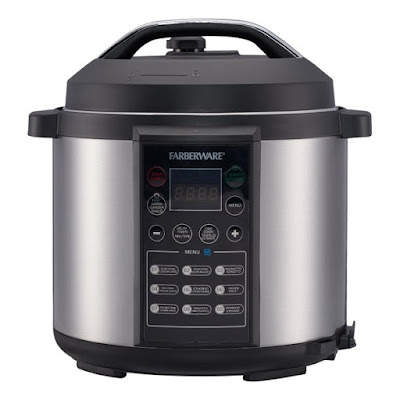 2. I quit buying paper towels and napkins
I used to think I was doing well financially if I could afford to buy paper towels and/or napkins. After several years, I realized that napkins were useless as I could just use paper towels for the same purpose. Lately, I realized how wasteful and expensive this can be, so I switched to using rags for cleaning up spills - no big deal because I always have rags around for cleaning - and to using cloth napkins. Not only am I saving money by not having to buy these items anymore, but I'm no longer throwing a bunch of dirty paper products in the garbage.
3. I quit using so much soap
Whether it's laundry soap, dish soap, hand soap, or shampoo, it sure seemed like I would frequently replace these items. Almost too frequently. So, I read the backs of the containers and discovered that I was using too much of each of them, particularly laundry soap. Did you know that the cap you use to dispense your laundry soap isn't designed to be filled to the top? Funny how companies give you a much larger cap than what you actually need! If you read the back of the bottle, you'll discover (for the most part) that you only need a fraction of the amount of laundry soap you're using. It's amazing how long a container of laundry soap lasts me now. Also, since I'm not going through these items as quickly, I'm throwing away less packaging. 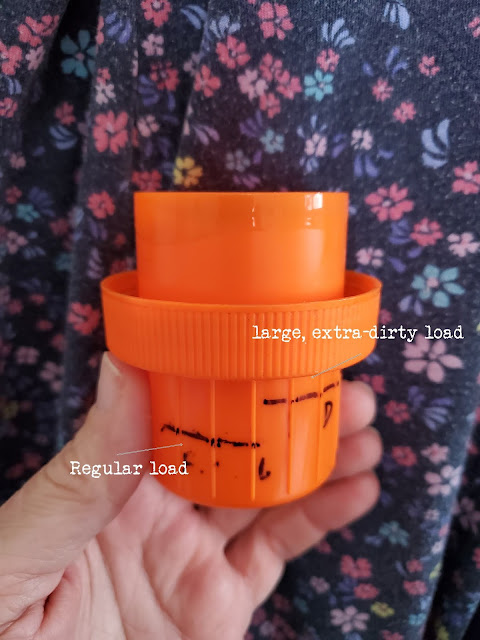 4. I quit buying store-bought milk
I don't tend to use a lot of (plant-based) milk, still, I think I averaged around 3-4 2-quart containers each month. So, I bought myself a nice 2-quart glass drink container (Anchor Hocking at Walmart for under $5) and started making my own. Oat milk is the cheapest and healthiest plant milk to make, so I make my own. It does lack a bit of oomph so I add some pecans (cheaper in bulk than other nuts) and make mine a bit creamier and richer. I buy the large, generic oats, and use 2 cups of oats and a half cup of pecans to make two quarts at a cost of $0.36 for the oats and $1.06 for the pecans. This means my oat milk comes in at a grand total of $1.42 for 2 quarts. And again, making my own oat milk and storing it in a quality glass container means I'm throwing away much less packaging. 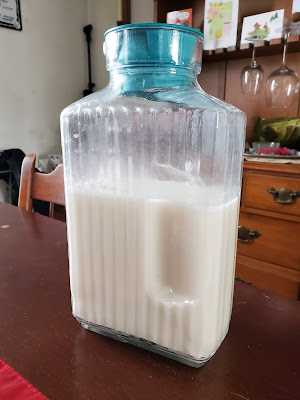 5. I air-dry my clothes
My dryer died early in the summer, and I decided not to try and repair it. It's quite old and last time I tried to fix an appliance, I wasn't able to because the parts for the machine no longer were made. So, I strung up some clothesline on the poles in my backyard and dried my clothes that way. Once the weather turned colder, I purchased a couple of good, metal drying racks to dry them inside. I also hang larger items on hangers and put them on my shower curtain rod. I have a few small fans that I turn on low to help circulate air, and this system works perfectly. And, as it turns out, not using the dryer nearly constantly saves money! It also happens to knock my carbon footprint down by roughly 2,400 pounds per year. How about that? 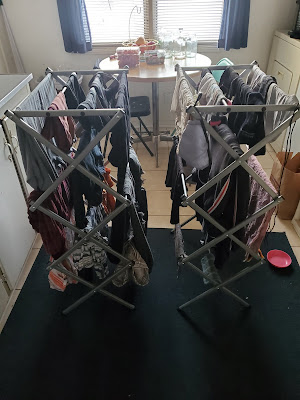 6. I walk as much as possible
You guys already know how much I like to walk for exercise. Because of this, I walk back and forth to my full-time job. But, I also try and walk other places as well. There are a few stores and other places that are fairly close to me that I frequent, so as long as I have time to spare, I will walk there as opposed to driving. Not only does this save me money on gas and wear-and-tear on my car, but it also reduces my carbon footprint significantly.
These are the ways, right now, that I am saving money while being less wasteful. I'm sure I'll pick up other tips and tricks as time goes on, and when I do, I'll make sure to share them with you. Do you have any tips or tricks that you do to save money and/or be less wasteful? Let me know in the comments.
Labels: Financial Fitness Food and Libations