The Crushing Weight of Grief 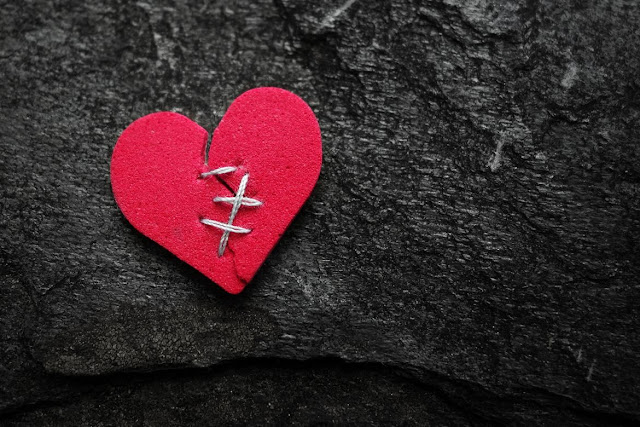 The last thing I expected to start off the first day of the New Year with was devastating news, yet, that's exactly what happened. Word came from one of the few people I keep in contact with from high school that one of our classmates had died in a terrible accident. Now, before I get more into that, I need to provide the backstory.

I grew up in a small, sleepy Iowa town during the 1970s and 80s. The population topped out at 350 and everyone knew everyone else. There was no such thing as strangers. There were, give or take a person here and there over the years, 18 people in my graduating class. Matt was one of them.

I knew Matt since the first grade when Dad moved me from the city back to his tiny hometown. In third grade, he became my first boyfriend and delivered my first kiss in the lunch line one day. While our blossoming romance didn't last long, we remained classmates and friends. He was popular but he wasn't a jerk like many of the other popular kids, and his laugh was immediately recognizable. He was into Led Zeppelin, muscle cars, and was liked by everyone.

Inevitably, as time has a tendency to do, we all graduated and went our separate ways. Matt was one of the handfuls of people that never strayed far from home while I was one of those that did. While we both struggled and slogged through our respective lives, miles and states apart, we both had our roots in our quaint little town.

It was these roots that brought me home from time to time to visit my dad - who moved to the next town over after I graduated high school. On one of those visits, I found out where he lived and knocked on his door one winter night in 2002. At that time in our lives, we were both struggling. I had just come out of an abusive relationship with my son's dad and was trying to get a fresh start by staying with my dad for a brief time. Matt was living with a much younger girl, working for his dad fixing cars, and deep in the throes of meth addiction.

Even though I woke him up out of a dead sleep, he was genuinely happy to see me. We hugged and laughed like the old friends we were at the sight of one another. I sat on the battered couch in his tiny one-room dwelling and him on his bed while we talked for hours, bridging the divide between all the years. Before I left, I invited him to the birthday party I was having for myself. He did come, and we all had a fun time.

It wasn't long after that that I moved to Omaha and started a life here, but I still made frequent visits back to the town I grew up in. On one of those visits, I got directions to his house out in the country, where he had moved and married the much younger girl. Little did I know that this visit would be the last time I ever saw him.

It wasn't the last time I talked to him, however. Social media giant Facebook, with all its pitfalls and negative points, has been a great way to reconnect with people that, in the past, you'd probably never see nor hear from again. When Matt joined Facebook, I was already a seasoned veteran and quickly friended him. It wasn't long before we chatted over Messenger from time to time, but after his second divorce, we talked a lot more frequently and in-depth.

The last time we talked through messages, we made plans to get together the next time I was in his area. Unfortunately, that never happened....and it never will.

On New Year's Eve of 2019, Matt was working on a car at his home and the car fell on him. He died later in the hospital, news that reached me via the only other person in my old class that I care for deeply. To say the news was shocking is an understatement. The devastation, palpable. The grief, unbearable. I have tears in my eyes as I type this, it hurts so much.

I grieve for many things: his family, his friends, the realization that life is short, and the loss of time. But, most of all, I grieve for my friend. I miss you. Even though our lives were so different and lived far apart, you were always a part of me.

Requiescat in Pace, my friend.

"Death leaves a heartache no one can heal, love leaves a memory no one can steal." - found on an Irish tombstone